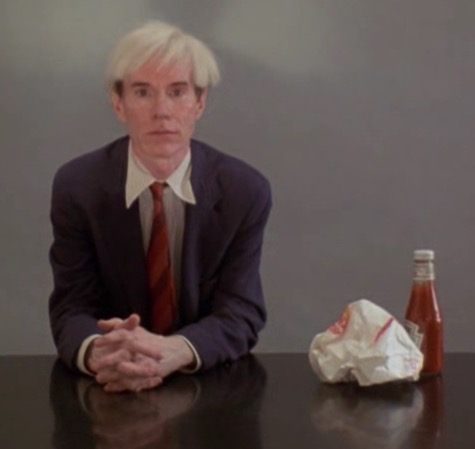 Two of the biggest art movements that have dominated the twentieth century are Abstract Expressionism and Pop Art.

While stylistically very different, both movements compliment each other and reflect the ever-increasing complexity that the 20th century saw with industrialization and globalization.

What is Abstract Expressionism?

Abstract Expressionism (AKA The New York School) came out of America, in New York as part of a post World War II painting movement during the last part 1940’s.

Abstract Expressionism was the first state-side art movement to achieve international attention, making New York the center of the art world within western culture and now in a place to compete internationally with Paris. The movement moved quickly throughout the United States with San Fransisco area soon becoming an artistic hub for Abstract Expressionism as well.

Pop art, however emerged nearly a decade later in the mid-1950’s in Britain and later made it to the United States during the late 1950’s were it really took its roots.

With these two movements closely overlapping, it is important to understand the differences and similarities of these movements and their context within contemporary art history.

In Abstract Expressionism there is no representation of person, place, or object.

With a focus on spontaneous, subconscious expression; Abstract Expressionism focuses on the medium itself and exists without representation of subject.

That is to say that these paintings make no attempt to capture the reality of the physical world.

Because of this, as well as Modernist influences, abstract expressionists believe that when you create art you should create art that can only be done using that medium.

In this way, Abstract Expressionism is a celebration of the medium.

Here is a work entitled Excavation, by Willem de Kooning showing some of the characteristics of the style… Of course, there are many critics, many of them armchair critics but also some scholars (*ie. Edward T. Kelly), who like to mock the expressionists for their apparent lack of talent, saying that abstract expressionism isn’t art.

It is perhaps easy to see why people would mock the expressionists, in that abstract expressionist artwork is not at all similar to typical realist paintings people have seen throughout history.

There are often no people, or things that are recognizable on the canvas, and this results in frustration, confusion, and anger.

Abstract expressionists often approach their work in a way that many have described as childish, or easy to imitate.

Detractors of abstract expressionism are quick to point out that even they could do this type of art.

In addition to all of this debate, Abstract Expressionists have proudly created art void of any notion that it was the artist’s job to interpret their art, which only serves to make matters worse for the viewing public.

They instead left interpretation to their viewer, and often that conclusion is a strong dislike for the work, as the viewer has no way “in”.

While Abstract Expressionism has been highly regarded for its merit within the art community, it may be inaccessible to a wider audience outside of the art community who may be seeking something tangible within art which they can relate to.

Watch this TED Talk which discusses the idea that even your cat could be an abstract expressionist, should they so desire to be.

What is Pop Art?

In contrast to this, Pop Art typically has a very clear subject in its works. In many ways, Pop Art was a reaction to Abstract Expressionism.

Rather than trying to create art that is a reflection of the medium, Pop Art typically used screen printing in order to mass produce its works.

While Abstract Expressionism created a void of interpretation; Pop Art had themes of consumerism and commentary on mass production deeply ingrained into nearly every piece to come out of the movement.

Pop Art draws on recognizable figures from mass media, and draws the audience in with the familiar but challenges them by having it presented in a new, novel fashion.

In fact, in his now famous studio simply called ‘the factory’, Andy Warhol had a production line of artists creating his now iconic art work.

With Andy, it didn’t stop at mass producing artwork and even getting others to do the work for him (while still calling it his own), he touched on other mediums such as film, of which he has several underground “classics” as well, such as his film about the Empire State Building, which literally watches the lofty structure for 485 minutes.

Another famous artist from the pop art movement, Roy Lichtenstein, combined hand painting with the mass production style of pop-art. He would create the initial image by hand, and then project it onto canvas in order to trace the image.

His art was in the style of mass-produced comic book style and never before seen within the art community. While Abstract Expressionism works explored art in it’s purest form (authentic, expressive, void of meaning); Pop Art challenged what one can consider to be art by using images appropriated from our culture that exist all around us.

Because of this, some critics were enraged by the Pop Art movement as they did not feel that the image of a soup can, nor comic book images to have artistic merit. (*see this article for more details: http://pages.erau.edu/~pratta/warhol/critics.htm)

So, while abstract expressionism seemed to really irritate people for one reason, pop art had a similar effect, but for entirely different reasons.

One reason we can isolate, perhaps, is that Andy Warhol had the gall to eat a burger and film it. The ending really is the best part here, as those of you with a healthy sense of irony and cynicism will no doubt realize.

Colors That Rankle The Serious Observer

The use of flat bold colours and sharp edge, caused additional criticism to pop art as it looked more like design than any recognizable art at the time. However, Pop Art was providing a much needed commentary on art.

Not only that, it was doing so in a very fun, light hearted way. While both are stylistically divergent, Pop Art and Abstract Expressionism can be seen as providing similar artistic catharsis by challenging artistic norms and creating a dialogue.

It is fascinating that they are able to achieve this both while being stylistically and conceptually separate from one another.

We’ll leave you with this for now. Art about art. How postmodern!