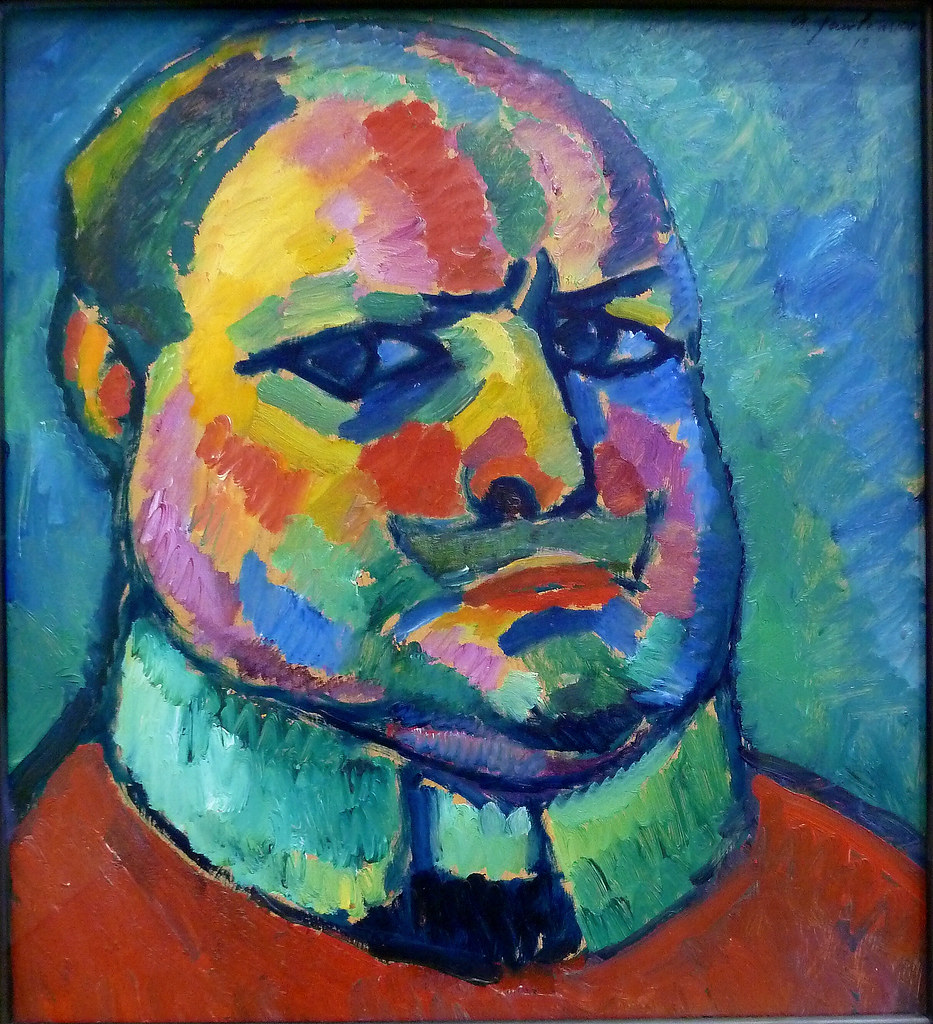 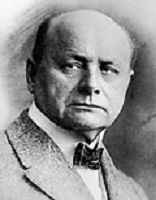 Alexej von Jawlensky was born on 13 March 1864 in Torzhok, Russia. His family moved to Moscow when he was ten years old and after he enlisted in military training, he had visited the Moscow World Exposition and got interested in painting.

That interest quickly began to grow and Alexej started to study painting in St. Petersburg. He had a sociable character, which helped him to get into touch with famous Russian painter Ilja Rapin and later with an older and richer artist Marianne von Werefkin, who made a huge impact in his later life.

Munich – a magnet for artists

Munich was very popular for artists at that time when Alexej moved in in 1896 together with his supporter Marianne von Werefkin, who was his main sponsor to create by providing him financial and emotional support for many years.

He started to study there in the art school by famous Slovene realist painter Anton Ažbe. After much studying, he moved from an academic painter to an innovative colorist. 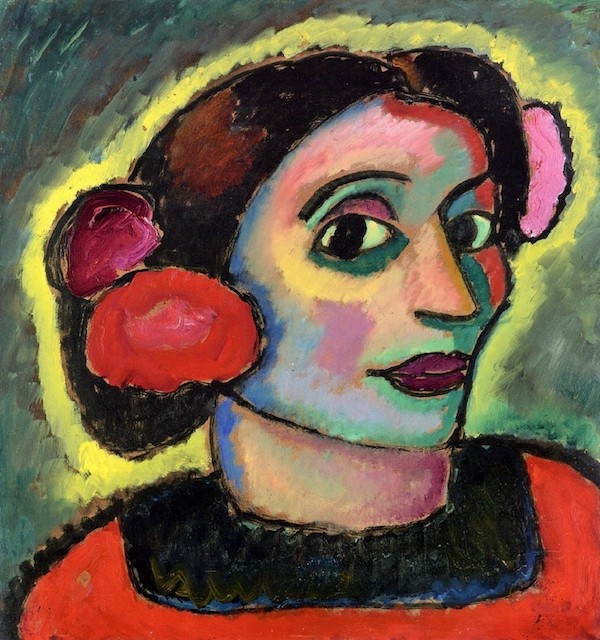 During his years in Munich, Jawlensky has developed his painting style and created many mesmerizing works. Next to his artistic work, he also participated as a social and active member of the German art community.

Jawlensky together with Wassily Kandinsky and Gabriele Münter created various groups of artists such as the Neue Künstlervereinigung München and the Blaue Reiter who promoted art styles, prevailed in Europe at that time.

Jawlensky‘s private life was complicated (art historians have different opinions about his relationship with Marianne von Werefkin), but in 1922 he married Werefkin‘s maid Helene Nesnakomoff with whom he already had a son Andreas.

While creating his style, Alexej was influenced by Russian religious art especially by Russian icons, which reminded him of his childhood in Russia. 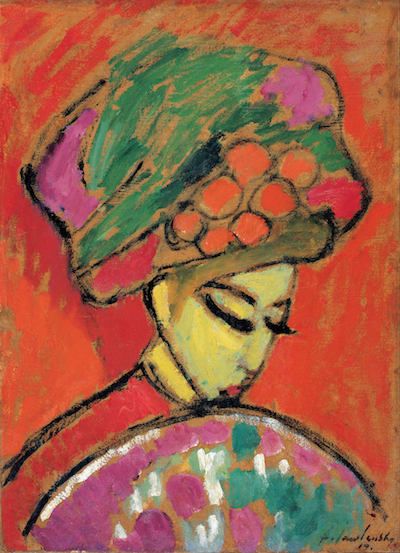 A huge impact for him as an artist had other painters like a Fauve style painters Henri Matisse and Kees van Dongen. Their works gave him an inspiration about expressing emotions by using thick strokes of vivid colors.

Since Jawlensky painted mostly portraits, it was very important for him to analyze and convey his imagination of the human‘s heads shapes and forms.

On one of the most well known Jawlensky‘s works called “Blue cap“, all dominant colors are very vivid: red woman‘s blouse with the yellow dots, unnaturally bright pink skin, green and red background and blue hat – all colors merge altogether which shows a strong mood of the work. 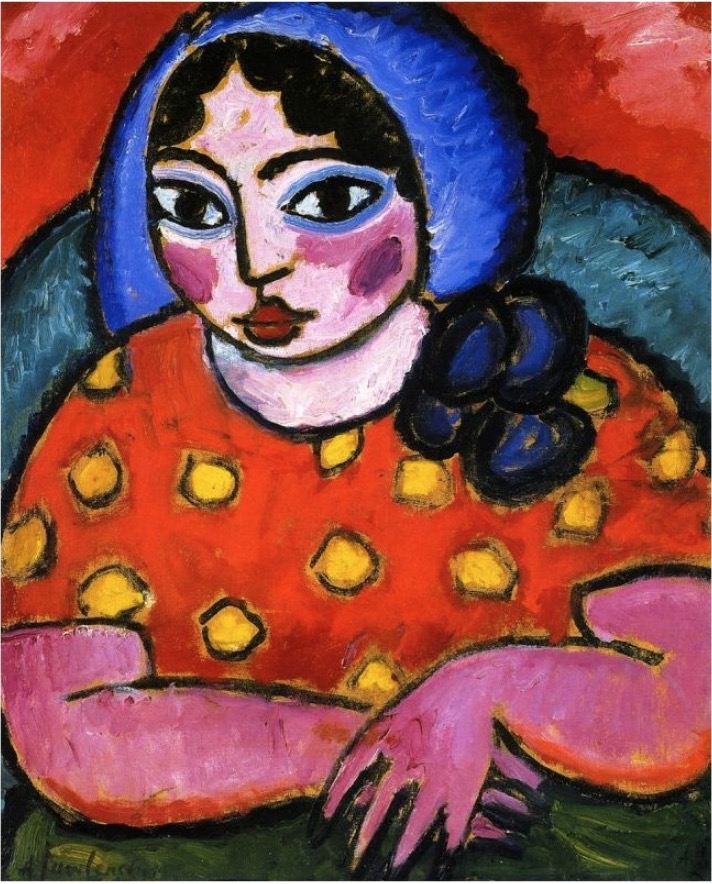 The manner to highlight the edges of the person‘s face and body by using a dark blue or black brush came from another expressionist Kees van Dongen who used it in his works in a more subtle way.

This portrait of a woman was painted around 1912, just before the First World War and was influenced by Fauve art, but also at the same time trying the new style Abstractionism, which started to be more and more popular in Europe.

This portrait by Jawlensky is unique because of its painting style collected and created from all the inspiration he could have got at that time. It was sold for 6 million dollars and now belongs to a private collection.

During his active working years, Alexej was following various art styles, including Cubism.

In his several series of paintings called “Abstract Heads”, which were created between 1918 and 1935, he painted abstract faces that combined horizontal and vertical lines and brightly painted blocks of pigment. 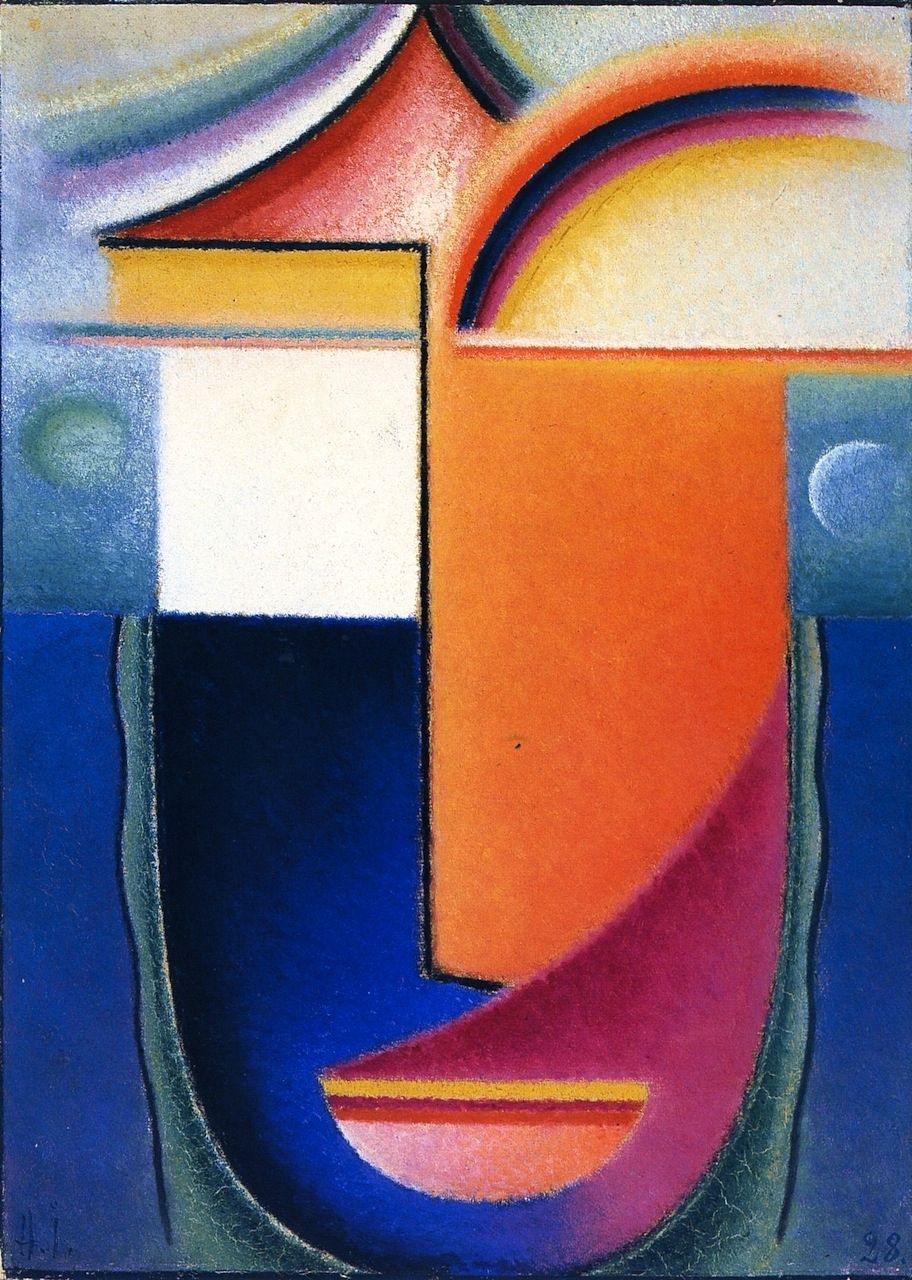 The viewer can see the influence of Cubism in these works. For creating these type of artworks, Jawlensky was highly interested in Indian philosophy, especially Indian yogis, which inspired him to paint by forgetting any kind of individualism and focusing on the basic elements which make these paintings look organic and unique.

Alexej von Jawlensky died in 1941 when he was 77 years old. He is buried in the Russian Orthodox cemetery in Wiesbaden, Germany. Most of his works are kept at the Museum Wiesbaden, others are in other german museums.

In 2019 his works were exhibited in Gemeentemuseum, the Hague in the Netherlands and also the special exhibition, together with works of Marianne von Werefkin, called “Lebensmenschen” was opened on 22nd October 2019 in Lenbachhaus, Munich, Germany where both artists spent years together and will last until 16th of February 2020.

Concerning The Spiritual In Art With Vassily Kandinsky