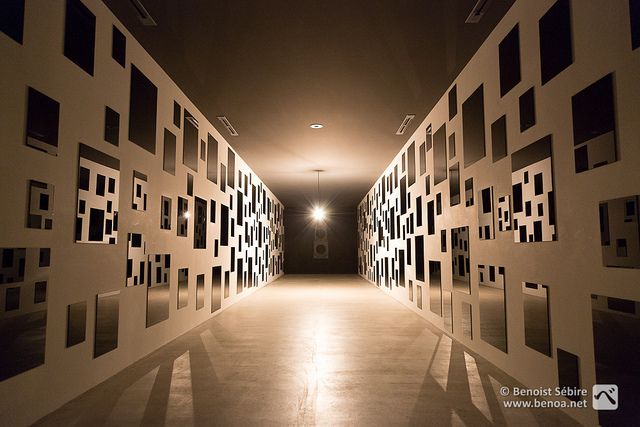 What are art installations?

Recently, with the new technologies and materials, interesting art installations seem to be popping up in the contemporary art scene.

In a few words, an art installation is experiential art. Three-dimensional works that we can feel with our senses and they aim to offer an experience.

It’s art that we are able touch, or walk into, hear sounds from, and interact with; breaching that distance between viewer and object.

They could also be defined as a blend of art & architecture.

As we live in a time where we seem to be getting a little numb with technology, this trend seems to be appearing to reconnect us with our senses.

They spread digital projections throughout the whole space allowing you to be inside the work of art.

Here’s a video guide to teamLab Borderless in Odaiba, Tokyo.

Not only the moving flower projections are mesmerizing, but the space itself; dark and filled with mirrors, paths, and sudden doors to other rooms make you wander around and get lost like in a forest, reconnecting you with the perception of your own body.

A little bit of context: Japanese appreciation for the 5 senses

The perception of the surroundings is very present in Japan in everyday life. To begin with, their Shinto religion worships all elements in nature as sacred.

Secondly, each season of the year has a strong presence, from the falling of cherry blossom petals in spring, or the red Momiji leaves that carpet the floors in autumn, the green moss that emerges from the concrete cracks in the moist summer, the heavy snow in winter, or even the natural disasters like earthquakes and typhoons give awareness of being under nature’ s world. 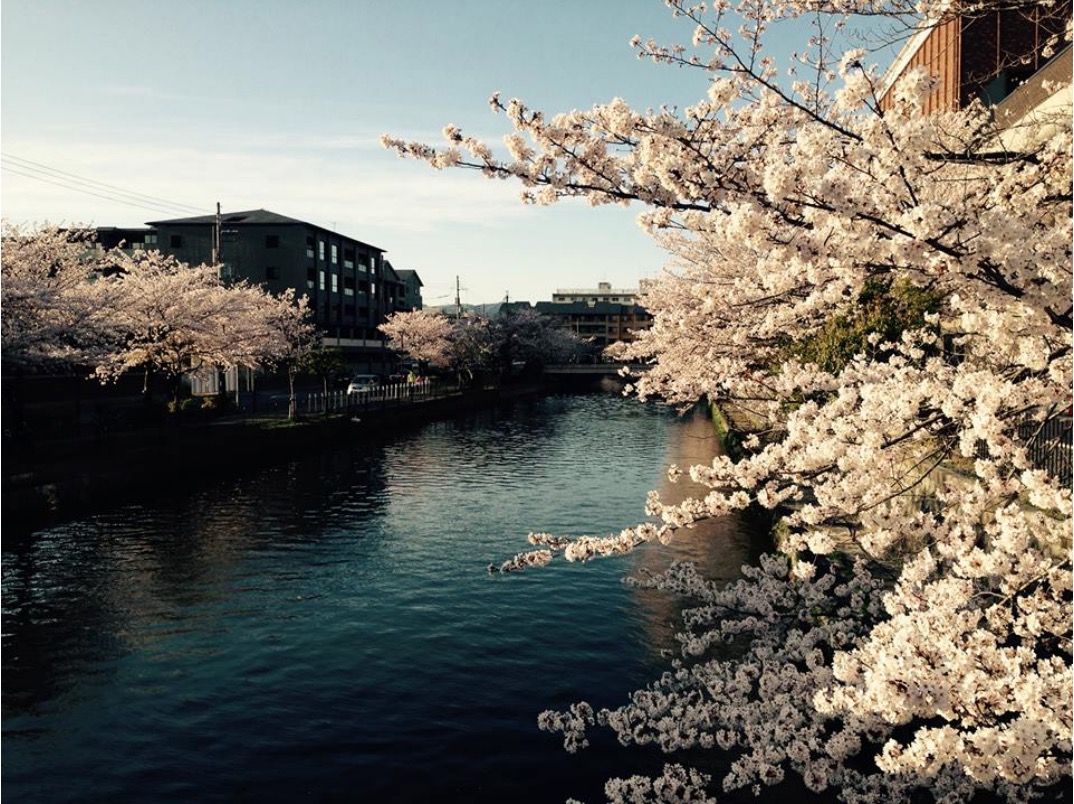 Also, body awareness has its roots in the synesthesia that you can experience while walking through Japanese gardens. They are made to be walked with full consciousness of the body.

Filled with slopes, hills, curved bridges, thin paths with branches of low trees to elude, ponds to cross through stepping stones. Body awareness must be involved to cross the garden. 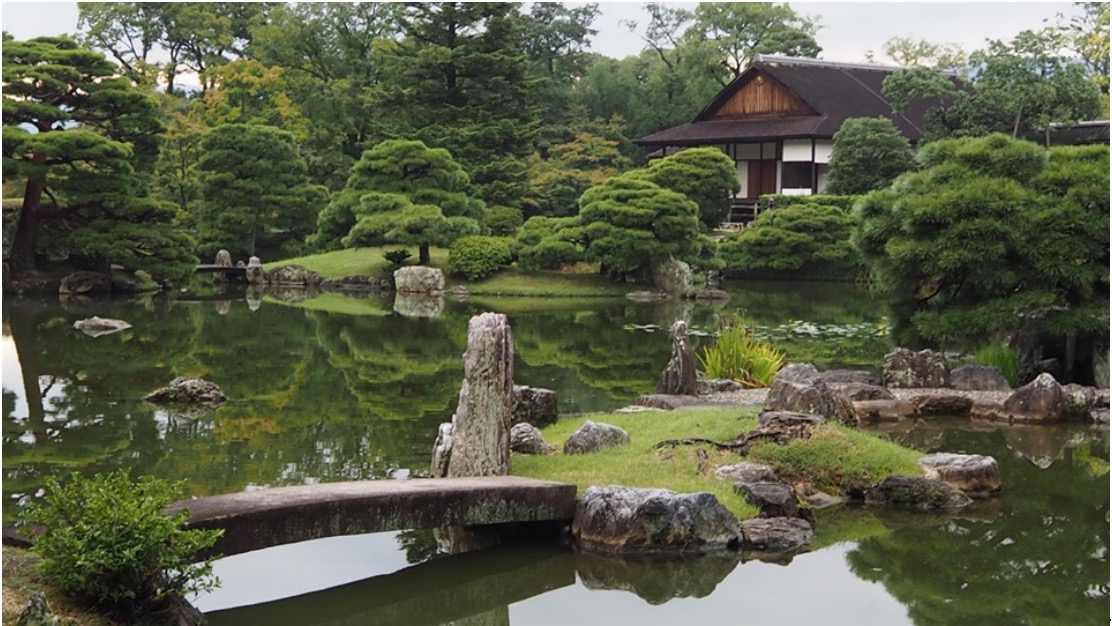 Being in between worlds

Another incredible installation worth mentioning in the “Borderless” exhibition, is one named “Infinite transparency”.

A dark area with an “S” shaped longitudinal passageway is delimited by levitating transparent panels, which display animations of animal characters dancing to traditional music. 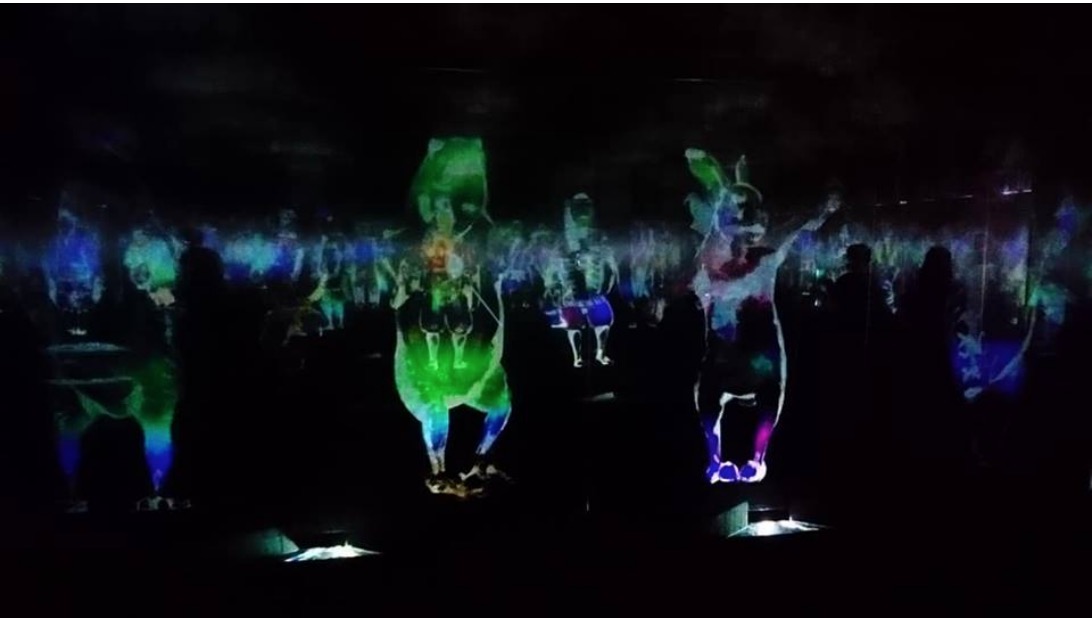 The figures are ghostly. Their contours are bright green and blue, and their movements are slow and enigmatic. Some of them are interactive. But the distinctive experience of this installation is that you feel lost in between worlds.

Both the digital characters and the visitors coexist visually in the same diffuse atmosphere as you can see the people walking ahead through the translucent panels, giving them a ghost-like aspect as well.

Both realities strangely coexisting give the whole space an otherworldly atmosphere. This idea of two worlds–the world of the living and the world of the dead- mixing is a recurrent topic in Japanese culture, often seen in their anime movies.

Meanwhile, in the Mori Art Museum, also in Tokyo, one of the most popular exhibitions held this year is “The Soul Trembles” by Shiota Chiharu. 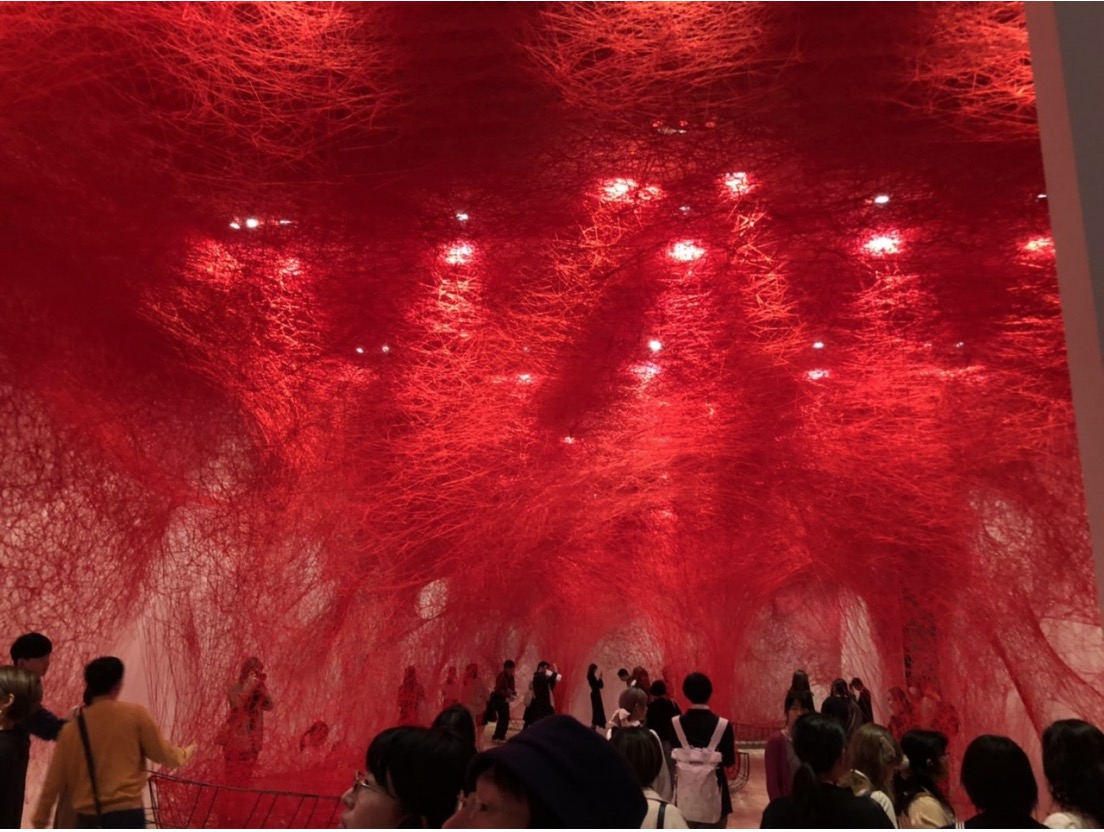 The artist expresses a childhood memory in which she witnessed her neighbor’s house burn down in a fire.

Red or black thread take up entire spaces and engulf furniture to recreate that experience.

The day after the fire, she woke up to see a half-burnt piano standing on black ashes, and the beauty that she saw on that scene stayed with her. She utilizes thread to connect objects that crossed her memories in life.

In Japan and other Asian countries, the red thread is a symbol of connections and destiny. It comes from a legend that says that people that are meant to meet are joined by these threads. 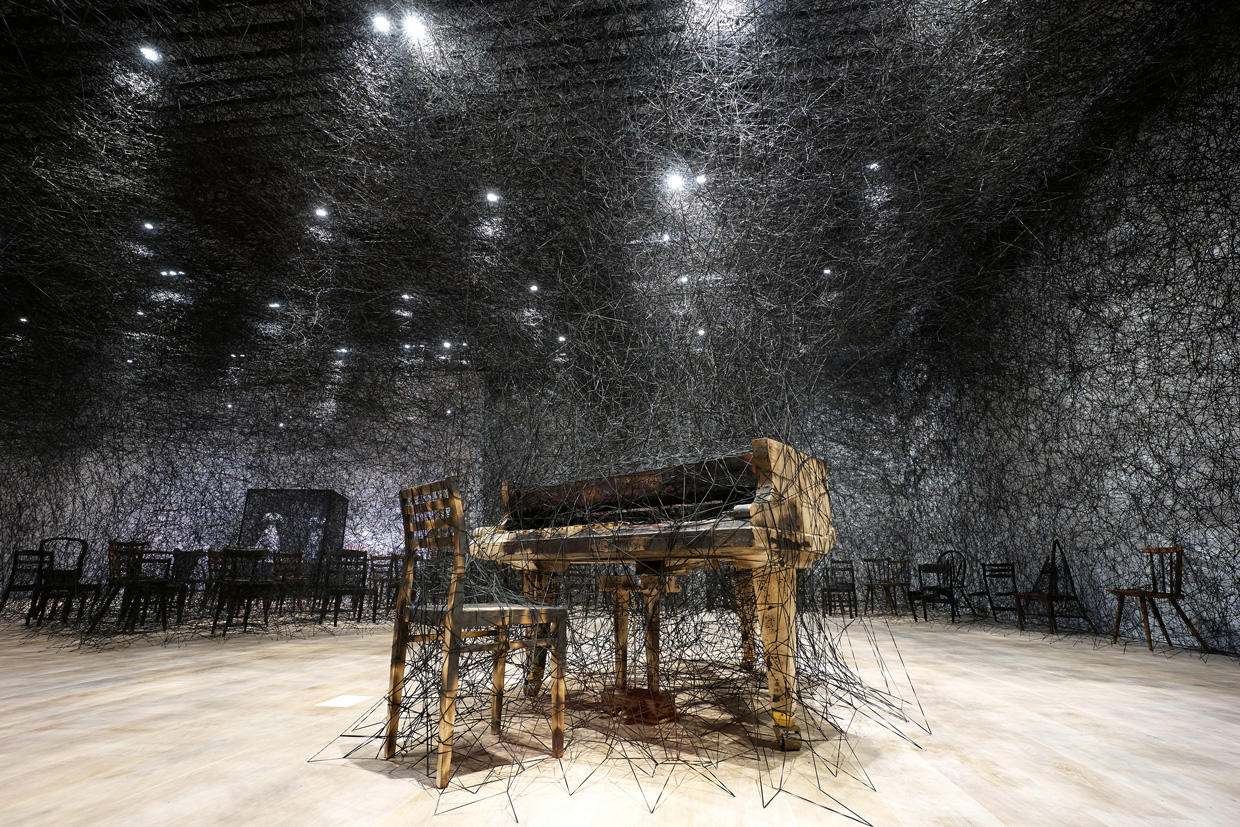 Trip inside your body

One last interesting art installation in Japan is one called “Les Archives du Coeur” (or “The Archives of the Heart”) set in Teshima Island, one of the so-called “art & architecture islands” in the Seto Inland Sea of Japan.

This one was created by a french installation-artist, Christian Boltanski, so the cultural background might be different, but it is worth mentioning because of its surreal experience.

Placed in the border of the island by the shore of the sea, there is a small and discrete wooden building. Inside, a minimalistic, silent atmosphere, like a hospital, and a lonely receptionist welcomes you. You are invited to record your heartbeat with a digital stethoscope in a room with a computer.

Next, you enter a small waiting area with a screen that displays the hundreds of names of the people that have already left their heartbeat.

After that, you can enter the main room. It is a narrow and dark space, with a single light bulb hanging from the center, and mirrors scattered on the walls. You find yourself surrounded by the soft but powerful sound of your own heartbeat, that the light from the bulb follows rhythmically.

The surreal experience is the feeling you are inside your own body. The darkness of the space and the muffled sound of the heartbeat might be similar to being inside a womb. The recordings of other people play after yours, to realize that each heartbeat is, unexpectedly, different.

Unlike the other installations, which seem to connect the visitor outside, with surroundings, other worlds, memories…., this work transports you inside, allowing you to have a kind of organic experience.

Japan has and receives all kinds of artists with different sensitivities. Art installations seem to be a strong trend finding its nest in this country where traditional culture already hosted a mindset based on interaction, harmony, and senses.