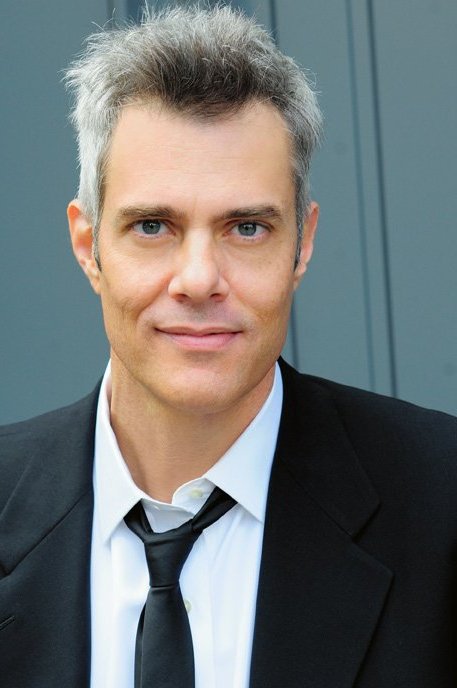 Best known by Twin Peaks fans as Bobby Briggs; the ever conniving, former boyfriend of Laura Palmer (and Shelley Johnson) who’s turned his life around; Dana Ashbrook has enjoyed a rich and fulfilling career as a television and movie actor for the past 25 years before reprising his role.

In his spare time, he likes playing sports like baseball and tennis, and enjoys playing harmonica. Ashbrook was born in San Diego, California on May 24th 1967 to parents his D’Ann and Vernon L. Ashbrook. He has two siblings, both of whom have made a name for themselves in their own right: Taylor Ashbook who is a writer and Daphne Ashbook who is an actor. On 2015 he married his wife Kate Rogal in Pittsburgh, Pennsylvania.

From a young age, Ashbrook was around theatre which sparked his interest in the craft. His father, Vernon, was the director of Palomar College Department of Performing Arts and his mother is a teacher/performer in a local theatre.

Ashbrook made his film debut while still in his teens in the 1978 cult hit, Attack of the Killer Tomatoes in an uncredited role. He was discovered while performing in a high school play when his sister’s agent discovered him.

In addition to this, Ashbrook has a couple of guest roles of television shows: Knots Landing (1987), ABC Afterschool Special (1987), 21 Jump Street (1988) among others, before landing the role of Bobby Briggs.

Despite the on air persona of the young thug Bobby Briggs, Ashbrook has always been a thoughtful, well-spoken person who’s never taken his fame for granted. Ashbrook respects and admires Lynch greatly and considers Twin Peaks to be his big break. He’s said that Lynch is the person who taught him how to be cool and has been quoted saying the following; “’Twin Peaks’ is the one thing in my career that I can really look back on, that I really respect and love and honor as something that’s different.

The one thing that I can hang onto.” Ashbrook wrote a script for a travel movie with his friend Robert Bauer called “Driven To It” which Lynch offered to executive produce and help out with. Unfortunately, the project fell apart when the pair were unable to secure financing. He and Robert Bauer created the film company Bauerbrook Films.

TV and Other Roles

In addition to these television roles and others, Ashbrook has appeared in a number of movies: Tom Essex in Return of the Living Dead Part II (1988), Tony in Waxwork (1988), Lloyd in The Aggression Scale (2012), Westmark in Late Phases (2014), and Gary in The Opposite Sex (2014) etc. As well, he’s been involved in a number of films set for release later this year and 2018. In the years leading up to the official announcement of the revival of Twin Peaks the cast members were just as abuzz as the general public wanting to know whether or not a revival was happening. He recalls texting with Sheryl Lee before boarding a plane on his way to the UK Twin Peaks festival, the two were making plans to meet up once they arrived.

On her way to the airport, Lee spoke with Lynch who confirmed the Twin Peaks revival was in fact happening and told her to let Ashbrook know.

In the 25 years since we last saw Ashbrook in his role, a lot has changed for Bobby Briggs who is now who has really turned his life around and is now an esteemed member of the Twin Peaks community and deputy in the Sheriff’s department working alongside Deputy Hawk and Sheriff Truman. As a special message about Special Agent Dale Cooper (who has long been missing) arrives from the late Major Garland Briggs, Bobby’s father, Bobby’s fate as a new found hero of Twin Peaks is cemented as only he can decipher what the message means.