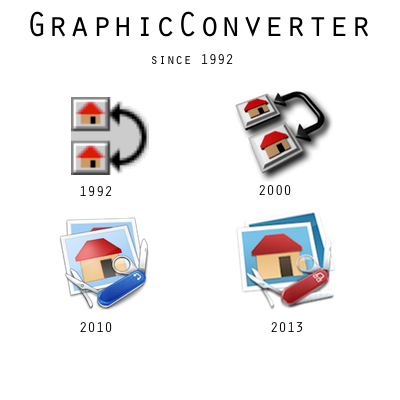 Quick story.  I have been using GraphicConverter, a piece of software made by Thorsten Lemke of Lemkesoft, as my go-to graphic software since the mid-1990’s, for whatever incarnation of Mac computer I’ve used.

I’ve been using Mac computers since my dad brought one home in about 1990, since they were beginning to be used here in schools in Canada as a learning tool. 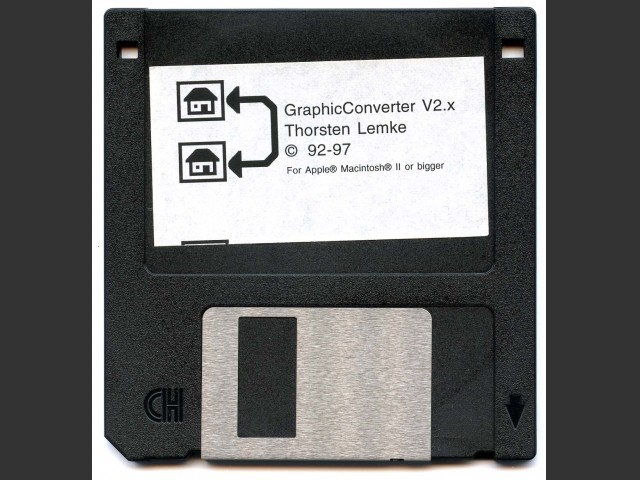 Prior to using GraphicConverter as an art tool, I was using MacPaint, which was another great piece of Mac-native software from back in the day.

Anyway, I’d like to say that GraphicConverter has always been there for my digital artistic needs, which have been many, over the years. 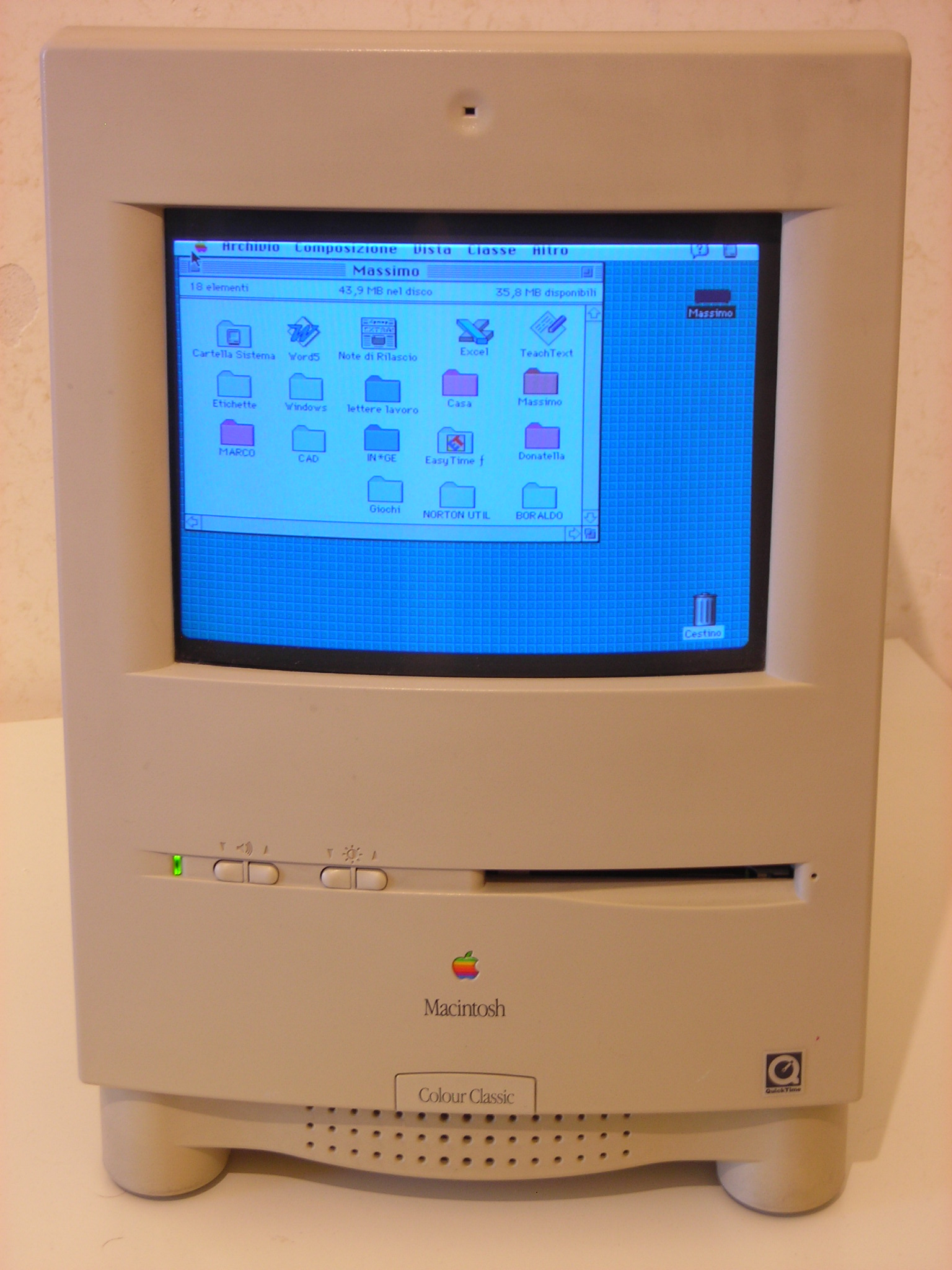 Part of the reason I initially got a hold of GraphicConverter back in the 1990’s was, as the name suggests, it has the ability to convert graphic files, from one to another, or simply open files that other programs may not recognize.

So, although I was using it mainly as a creative tool for doing digital draws, paintings, adding filters, and other edits, part of the appeal of GraphicConverter was that it had the ability to interpret all kinds of graphic files.

One cool thing about GraphicConverter as a piece of software is that it has always basically been free (though you can register the software if you wish), easy to use, and had lots of features to play with, even in the beginning.  I do have some memory of Adobe Photoshop back in the 1990’s being a relatively small, free-to-use app as well, but that soon changed.

Speaking of Photoshop, I tried using Photoshop sometime in the 1990’s, and it was fine, but quickly became a fairly unlikeable UI, to the point where today, I still haven’t learned the in’s and out’s of it, and so I tend to avoid it, despite it being very popular and powerful.  You literally need to take a course on Photoshop these days to know how to use it, which is fine, I guess.

GraphicConverter, on the other hand, is intuitive as soon as you open the app, and has always been super easy to use. 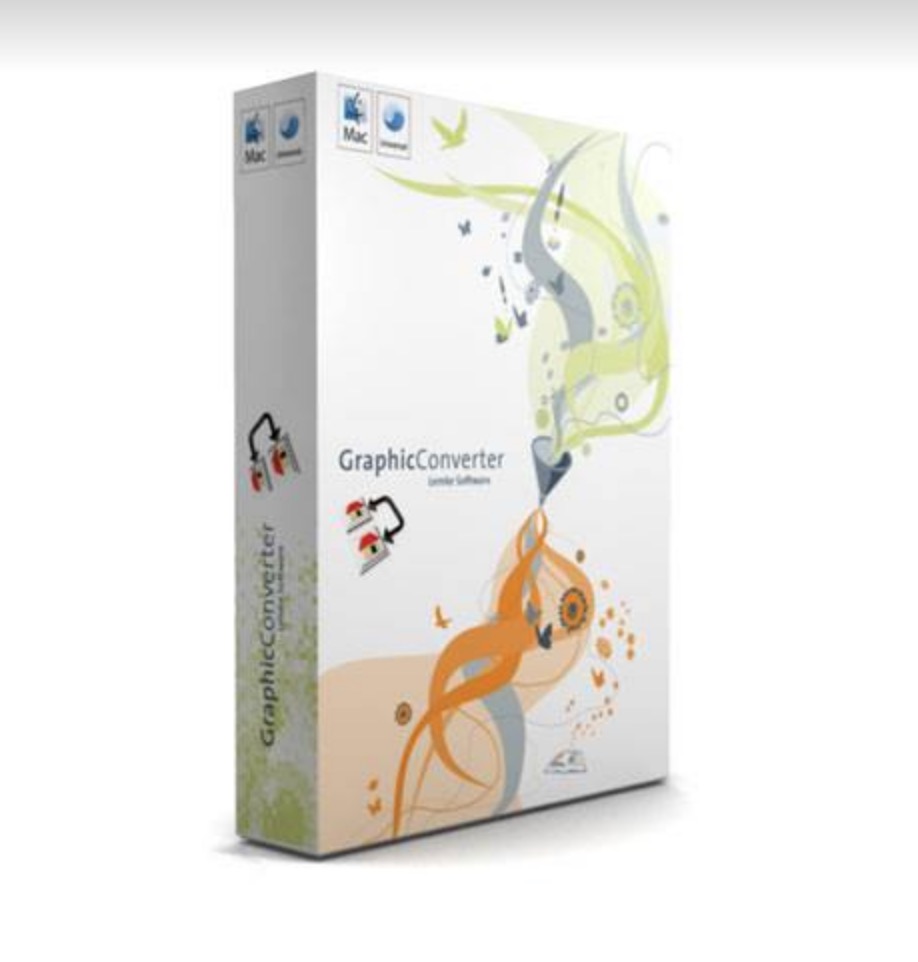 The basic design tools of the application have always been easily accessible via the “Toolbox” transport bar, and if I wanted to simply draw something, I could do so easily.

This was all very natural with GraphicConverter, allowing me to express my artistry without having to fumble with Photoshop’s layering system that makes it tough out of the gate (I have possessed Photoshop as well now and then over the years too), I typically always boot up GraphicConverter rather than have to “deal” with Photoshop.

Even as far back as 2006, I remember the versatility to edit graphics with GraphicConverter to be incredible! 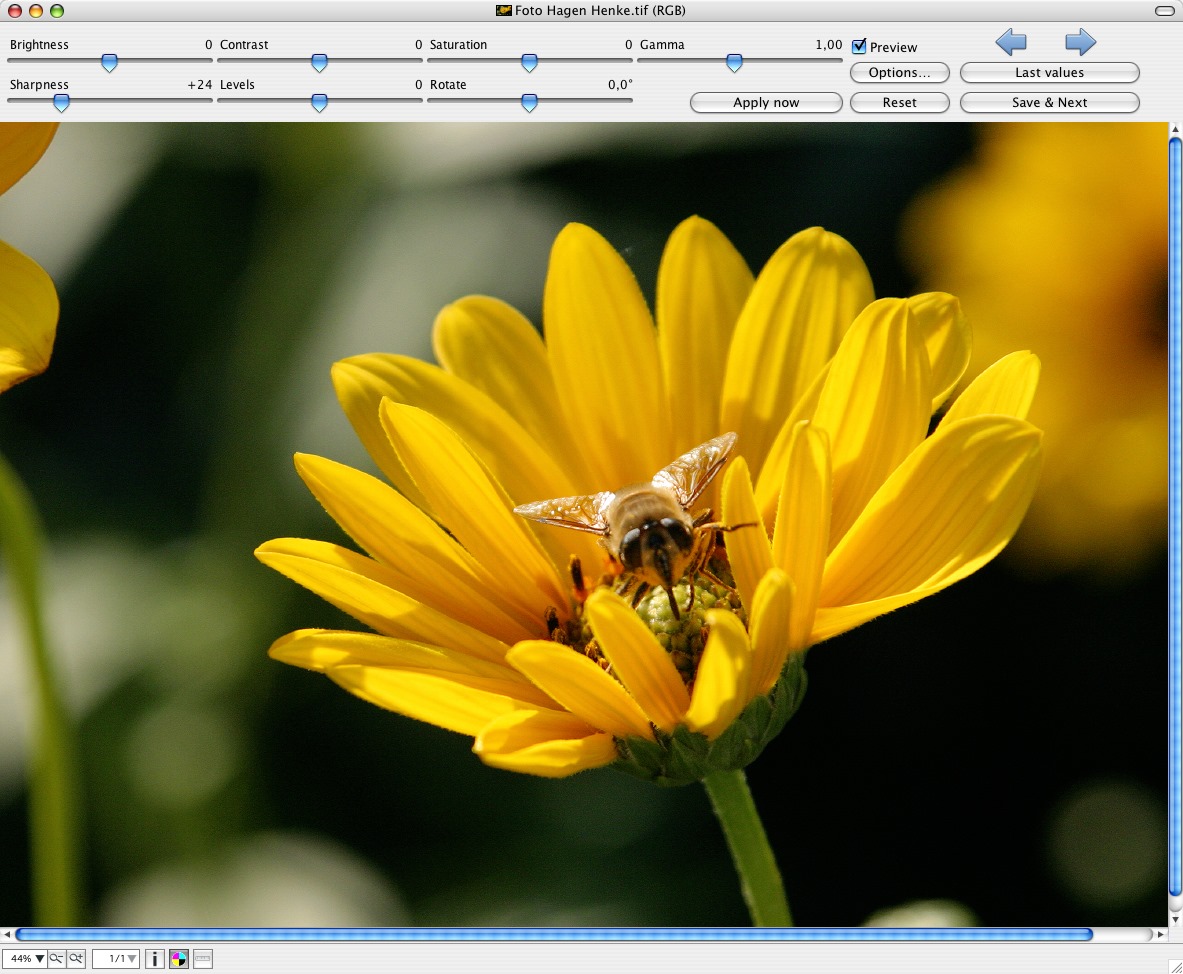 But this article is not intended as a “What is the best graphic design application for the Mac?” article.  No sir or ma’am, I say to each their own.

That said, I’m quite happy that I got to chat with the creator of GraphicConverter – Thorsten Lemke, about his creation.

For an art nerd like me, this is quite the honour, since his software has been on my computer since puberty, and has been as stable a force in my life, more so than most other software, not to mention most people actually.  😀

Enjoy our little chat, where Thorsten talks about how far along GraphicConverter has come over the years, up until now – September 2020.  Cheers!

Who are you, where are you from, and what is it you do?

TL: My name is Thorsten Lemke. I live in Peine in the north of Germany. I develop software. 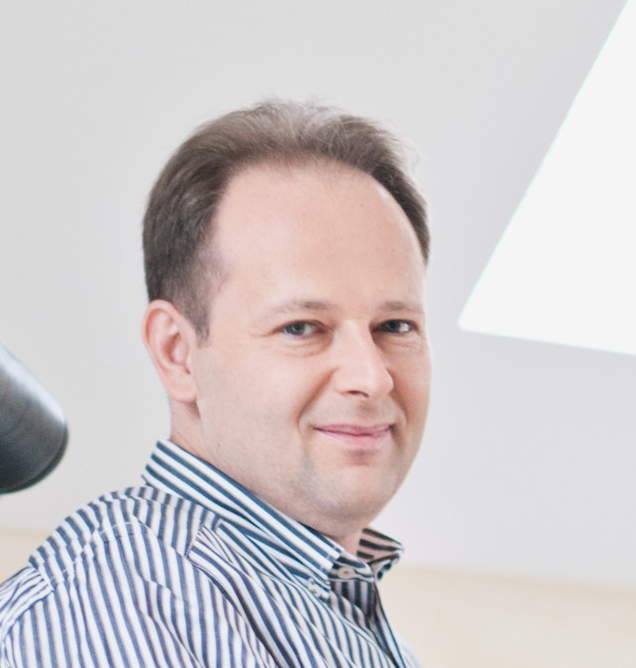 What is Graphicconverter, basically, and who is it aimed at?

TL: The development of the GraphicConverter software started in 1992 with the first main purpose being the conversion of image formats from Atari and Windows to MacOS.

The functionality has been continuously developed over the years. So the software now has an image browser, various image processing functions, batch conversion, slide show and much more.

When did you first start developing software / coding?

What drew you into the graphic designer software market?

TL: I bought my first Mac – a IIsi in 1992. I had a lot of graphics from my previous computer ATARI ST. But I found no software to convert them to the Mac. So, I began the developing of GraphicConverter. 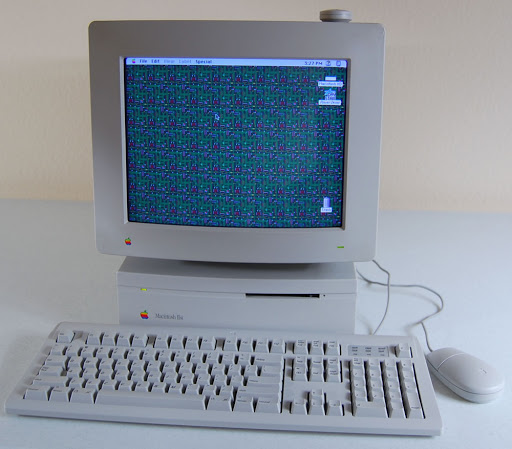 When did you first develop Graphicconverter?

What did the graphic design software scene look like then, as in, what else was out on the market and how did it influence you?

TL: There were some tools for image conversion at that time. But I did not like them or they were too expensive.

When you first developed Graphicconverter, what did you have in mind as a vision?

TL: The first version was mainly to open image formats from ATARI, C64 and Window on the Mac and save them in typical Mac formats.

Did you have any other software you modelled it after, or were you going for originality?

TL: The Lemke Software GmbH has some more products:

CADintosh is a 2D CAD program for technical drawing.

FontBook is a small tool to create catalogs of fonts.

ExifSync allows the synchronization of images from different cameras.

iCalamus is a slim DTP solution.

What do you think made Graphicconverter stand out when it was first launched?

TL: It was a fast image conversion tool. 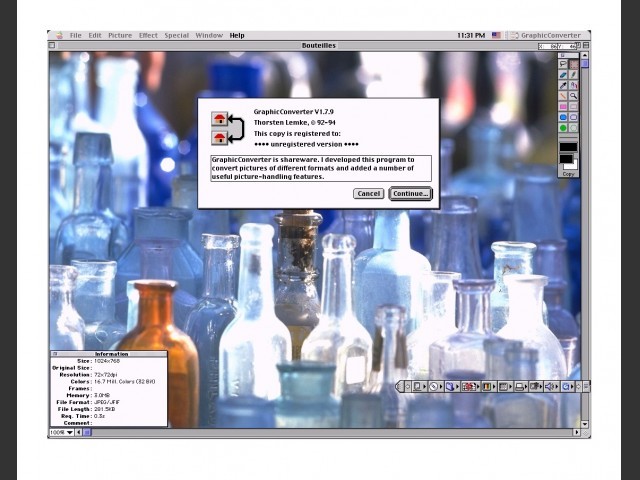 What features did it have that set it apart from other software?

TL: The GraphicConverter now offers a wide range of functions, which are very useful for professionals and private users.

How did it develop over the years and what were some of the benchmarks along the way?

TL: The widespread availability of the Internet has had a major impact on distribution and sales. Before that, a lot was done by slow mail.

How did Graphicconverter stand the test of time to still be around now?

TL: I react quickly to user requests and adapt the software to new operating systems immediately.

The current version 11.2.2 is already compatible with Big Sur.

A native version for the Apple Silicon is available as BETA.

What has changed in the past 30 years with regards to these programs?

TL: The entire user interface of the software was modernized.

Do you have any pet peeves about graphics software that Graphicconverter solves?

TL: After importing photos from the iPhone, I use the image analysis to automatically assign keywords. This way the photos can be found quickly later.

Furthermore I like to use the serial renaming, so that the filename corresponds to the date of taking the photo. This further simplifies organization and filing.

How big is the Graphicconverter team these days?

TL: Our team consists of me as developer, Hagen as manual author, Philippe as French translator and idea provider. In addition there are many other translators for the different languages.

What do you see for this software in the future?

The use of artificial intelligence will occupy a larger space in the future.

In addition, there will certainly be many more functions that will be developed based on the wishes and suggestions of the users.

I would like to thank the many users here for their constant suggestions and requests for improvement. Without them the GraphicConverter would not exist in its current form.

Watch an interview (in German) with Thorsten Lemke here: