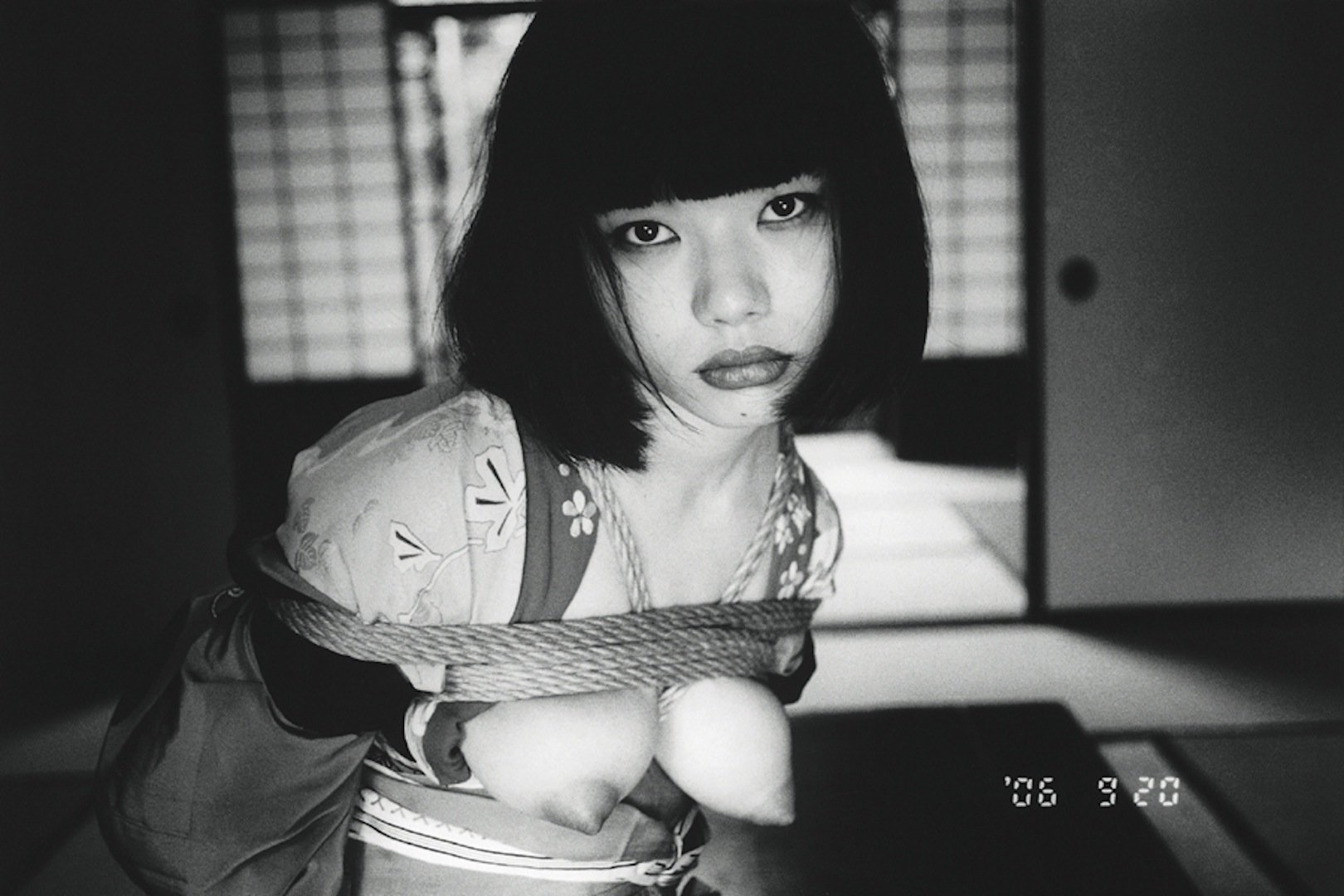 Photography is about a single point of a moment. It’s like stopping time. As everything gets condensed in that forced instant. But if you keep creating these points, they form a line which reflects your life.

A Tokyo-born photographic maestro and contemporary artist Nobuyoshi Araki is has a notorious persona and is arguably the most prolific living photographer of Japan. 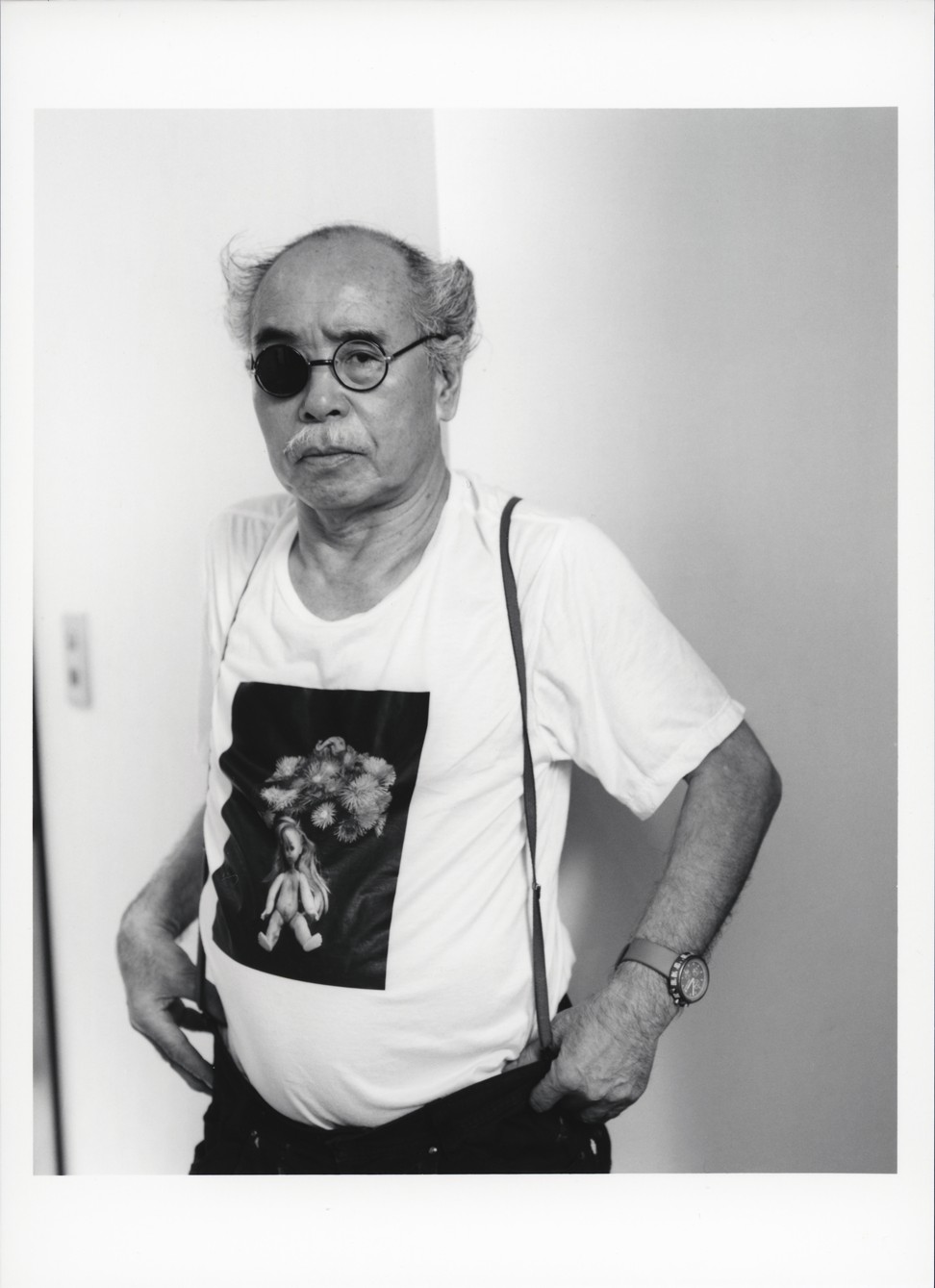 He has amassed an encyclopedic wealth of work. To date, Araki has published over 450 photo books, also shot for the likes of Dazed, Playboy, The New York Times Magazine and Vogue, and taken part in 280 solo exhibitions.

Tokyo’s darling may leave critics divided but his artistic genius is undeniable: every image is unique and capture with extreme levels of technical mastery; his influence has penetrated just about every creative field from film, photography to the world of fashion.

Pretty much a self-evident truth, Araki’s work has garnered equal amounts of praise and criticism over the years for treading the line between photography and pornography, misogyny and conceptual genius.

Having be born on May, 25, 1940 in a red light district in northeastern Tokyo, Araki spent his formative years in wartime and postwar in Japan. The most part of Araki’s images are centered around Japanese society.

Most of the photographer’s pictures are taken in Tokyo where he was born and he is captured thousands of Tokyo street scenes as well as images of the resident Edokko (Edo is historical name of Tokyo) Accordingly, it is not surprising that his attention is so focused on subjects linked with the environment of his upbringing- sexuality, lust and power play.

From 1959 to 1963, he studied photography and filmmaking at Chiba University in Tokyo, and graduated and majored in Film Making and Photography in 1963.

After studying, he first entered the workforce as a commercial photographer for advertising giant Dentsu, where he worked until 1972.

Dentsu was instrumental in making Araki the artist he would later become. He found commercial photography to be so conservative and limiting that he started to experiment with radical conceptual photography.

In 1970, he compiled his all artworks in 25 volumes, printing 70 copies each and distributing them to art critics, his friend and random people; he called this year The First Year of Araki.

Araki’s particular fascination is Kinbaku-bi, ‘the beauty of tight bondage’.

An ancient form of Japanese rope play, Kinbaki-bi is a sexualized development of Hojojutsu, the traditional martial art of using ropes as restraints. 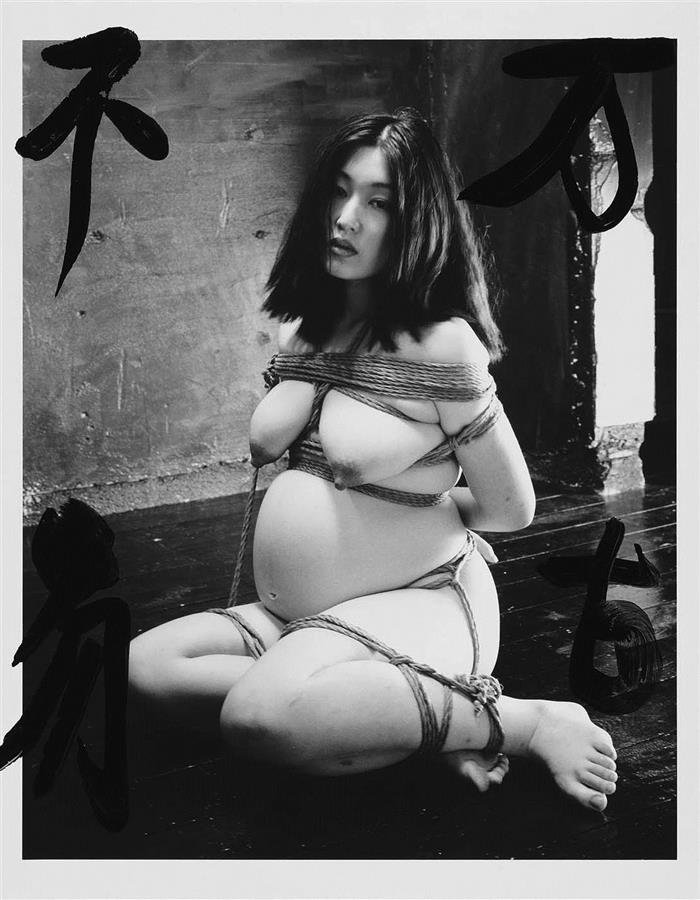 The ideas of control, eroticism and submission that he found in Kunbaku-bi were the most alluring subjects for Araki; the practice of depicting demure Japanese women in traditional dress, hanging precariously from ceilings or sitting on floors, staring silently back at camera with their limbs tightly restrained.

The photographer’s pictures of naked women bound with ropes in overtly sexual positions are perhaps his best known and most controversial, drawing frequent criticism and accusations of falling somewhere between misogyny and pornography.

As his partner, Yōko also found her own life captured on a daily basis, becoming his muse in the process.

In their relationship, nothing was out-of-bounds and Araki recorded every minute detail of their everyday lives, from Yōko in the midst of an orgasm, to Yōko on her deathbed, and later, in her coffin after she died of ovarian cancer in 1990. 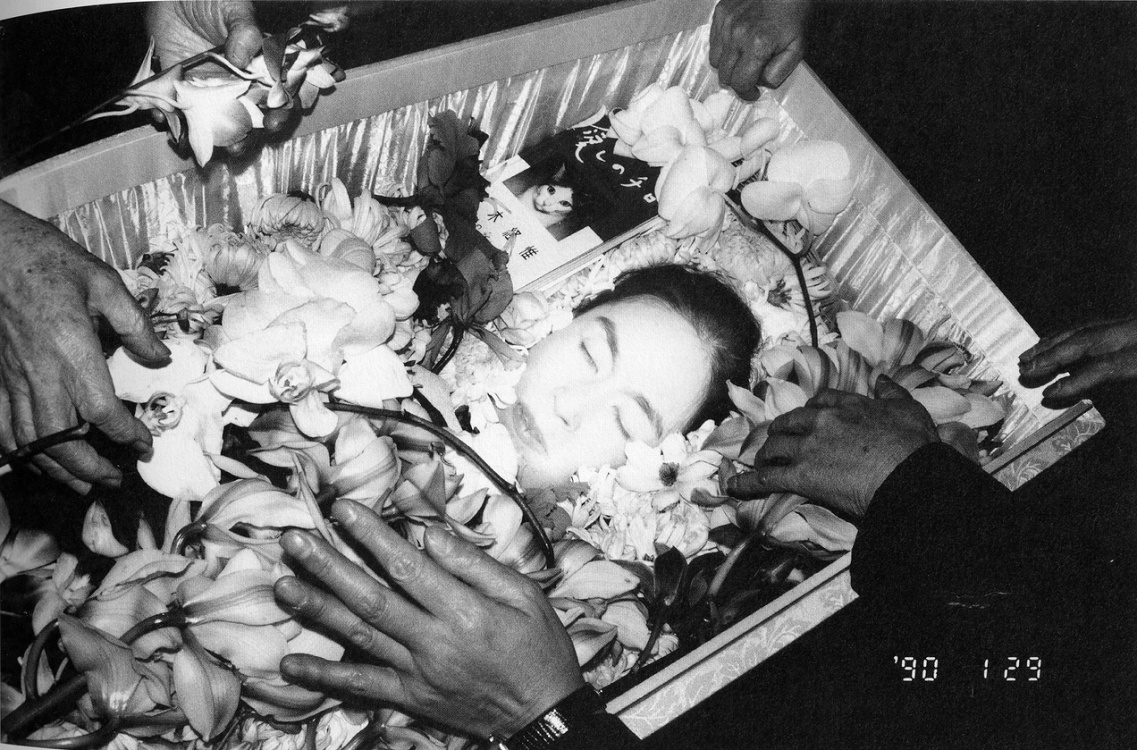 When he had released the book Sentimental Journey, documenting the honeymoon he and his wife took and exposing the tender and intimate moments, he made his mark on contemporary photography. 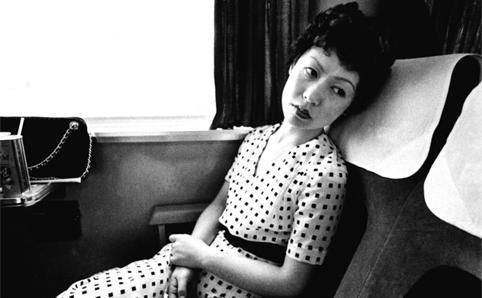 Araki’s wife Yōko aged 42, passed away on January, 27 1990. The same year, he was awarded with Annual Award of the Photographic Society of Japan.

The Sentimental Journey, Winter Journey released in 1991, recounts the final years of his marriage, with the particular focus on Yōko’s battle with terminal illness.

The images methodically detail her symptoms, the deterioration of her physical and mental health and her eventual death. Araki now signs every photo with their wedding date as a constant reminder of her deeply-felt absence.

Her passing marked a turning point in Araki’s style, which changed its focus from sexual ecstasy and hedonism to more shocking end explicit photo-compositions.

Recently, morose and melancholy undertones have become pervasive in his work as his style has mellowed with old age.

Shortly after his wife’s death, in 1990, the most controversial period of Araki’s career has started. 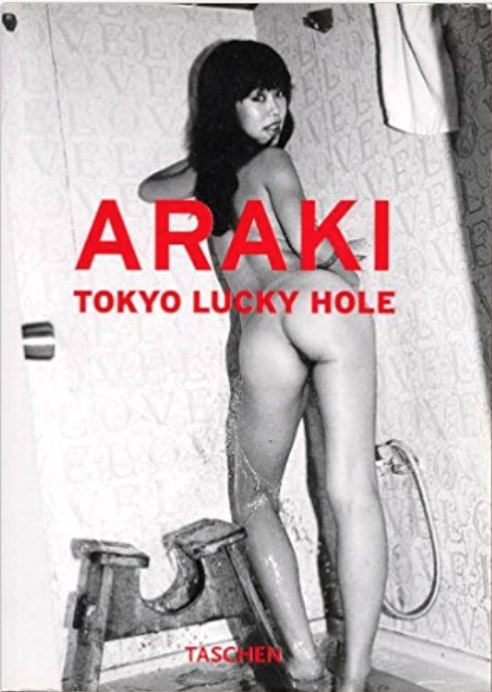 The power of the imagery lies in the authenticity of Araki’s approach, something he achieved by blurring the lines between photographer and subject.

The first-hand participatory method in which Tokyo Lucky Hole is shot sees Araki at the center of many images, actively engaging in sex with the prostitutes whilst his assistant takes control of the camera.

In Tokyo Lucky Hole, nothing is off-limits; prostitutes and their clients were shown in all emotional and physical states.

Pleasure, passion and depression are all captured by Araki’s unremitting lens. The work has been interpreted by some as voyeuristic, but Araki is playing the role of documenter, capturing a part of life that is rarely seen by outside world. 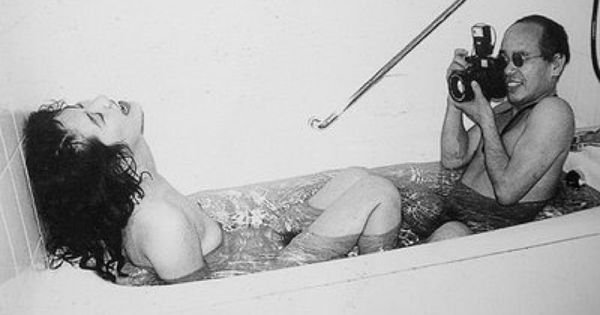 Araki’s series ‘Erotos’, consisted of understated black and white photos, was published in 1993.

In this very photo-book Araki seeks out the form of female genitalia in the natural world; a set of lips, a crack in the ground, a fig, a woman’s eye turned sideways, a curved pipe suggests the male body.

Abstract and muted, these works are erotically evocative, rather than explicit.

While the snapshot studies of Japanese bondage have shocked, with women naked or in maiko makeup suspended from the ceiling or bound in elaborately tied knots, the ‘Erotos series has a subtler sensibility, like an artist’s love poem to human sexuality. 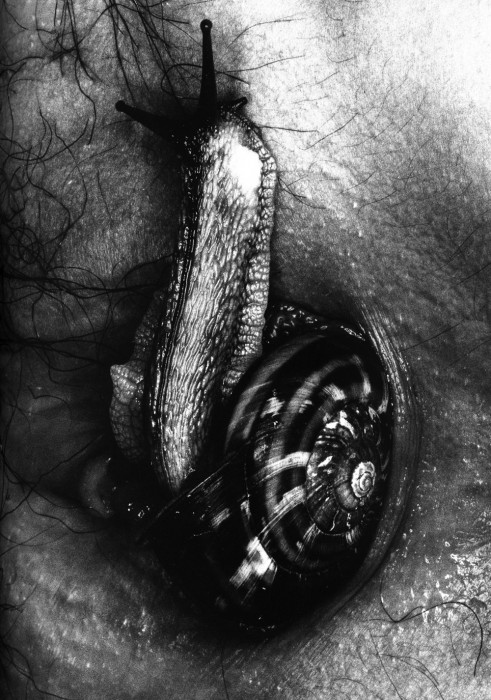 The themes and subject matters that Araki explores bear a striking similarity to that of American photographer Robert Mapplethorpe who is known for his active involvement and extensive photographic documentation of the gay and underground fetish scenes of New York in the 1970s.

Robert Mapplethorpe also broke the line between photographer and subject, very often invited his sitters, subjects, in order to engage them in sexual acts with him.

Like Araki, he used his sexual behavior as the basis for much of his artistic output; they both played with the idea of sexuality in non-sexual objects.

Araki’s photo-books show that he considers no subjects too sensitive. Even his battle with prostate cancer in 2009, is documented in forensic, emotionless detail in the book Tokyo Prostate Cancer.

The date stamps on the bottom corner of the photographs have been manipulated by Araki in order to display the 6th and 9th of April, references to the dates of the 1945 atomic bombing by the United States on the cities Hiroshima and Nagasaki.

Araki is alluding to his own personal relationship with radioactivity by making the connection to two of the most harrowing days in Japanese history. 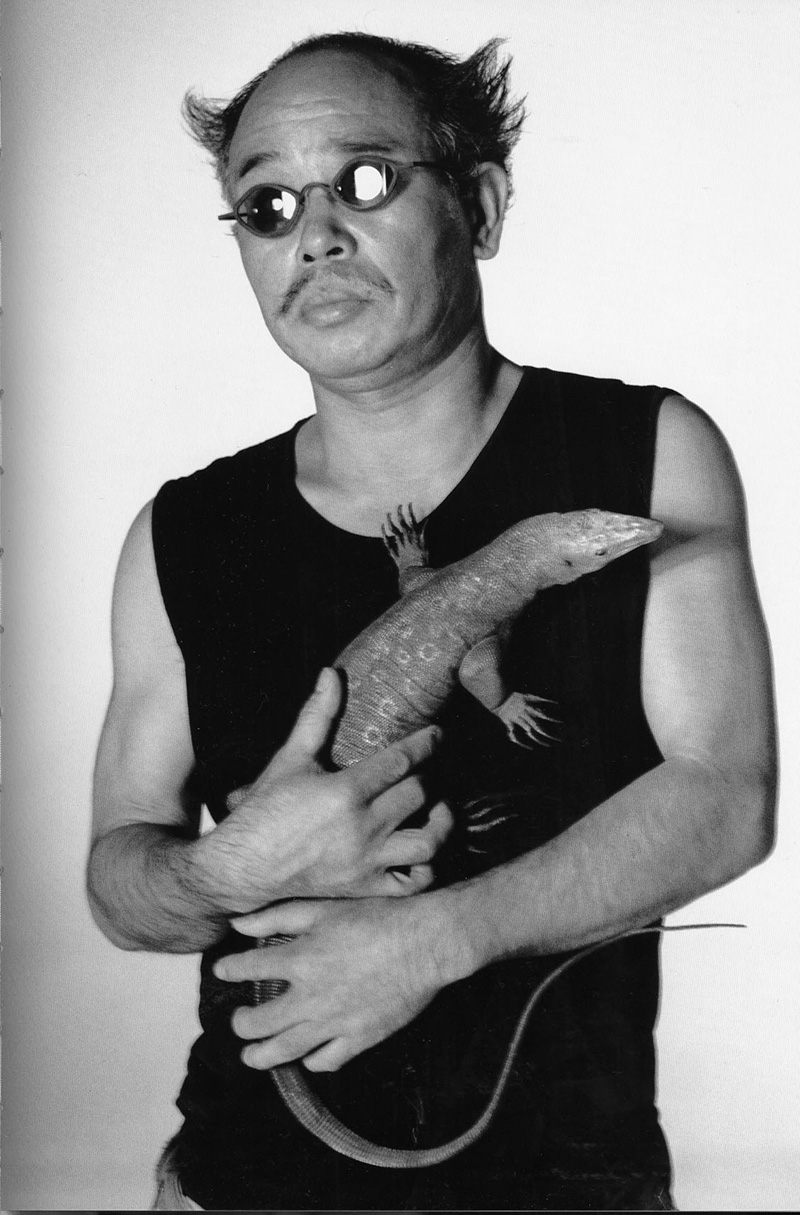 After Yōko’s death, Araki lived alone with his cat Chiro who arrived in the photographer’s life in 1988, and stayed with him for the next 22 years, becoming his most constant companion.

The book Sentimental Journey, Spring Journey (2010) shows their relationship. And once again, the work was published after Chiro’s death and the main focus is on the moments the two shared together in the wake of Yōko departure.

Love on the Left Eye

In October, 2013, Araki lost his vision in his left eye due to a retinal artery obstruction. For some photographers, this would have been a massive blow, but for Araki, it only served as new inspiration.

The next year, 2014, he released a new photo book coupled with a June 2014 exhibition at Tokyo’s Taka Ishii Gallery, both entitled Love on the Left Eye. The images reflect his altered visual state.

The nudes and flowers that make up this collection are half eclipsed – the right side of each exposure colored in with a marker before printing, and the photographs produced represent the shadowed vision of his right eye. 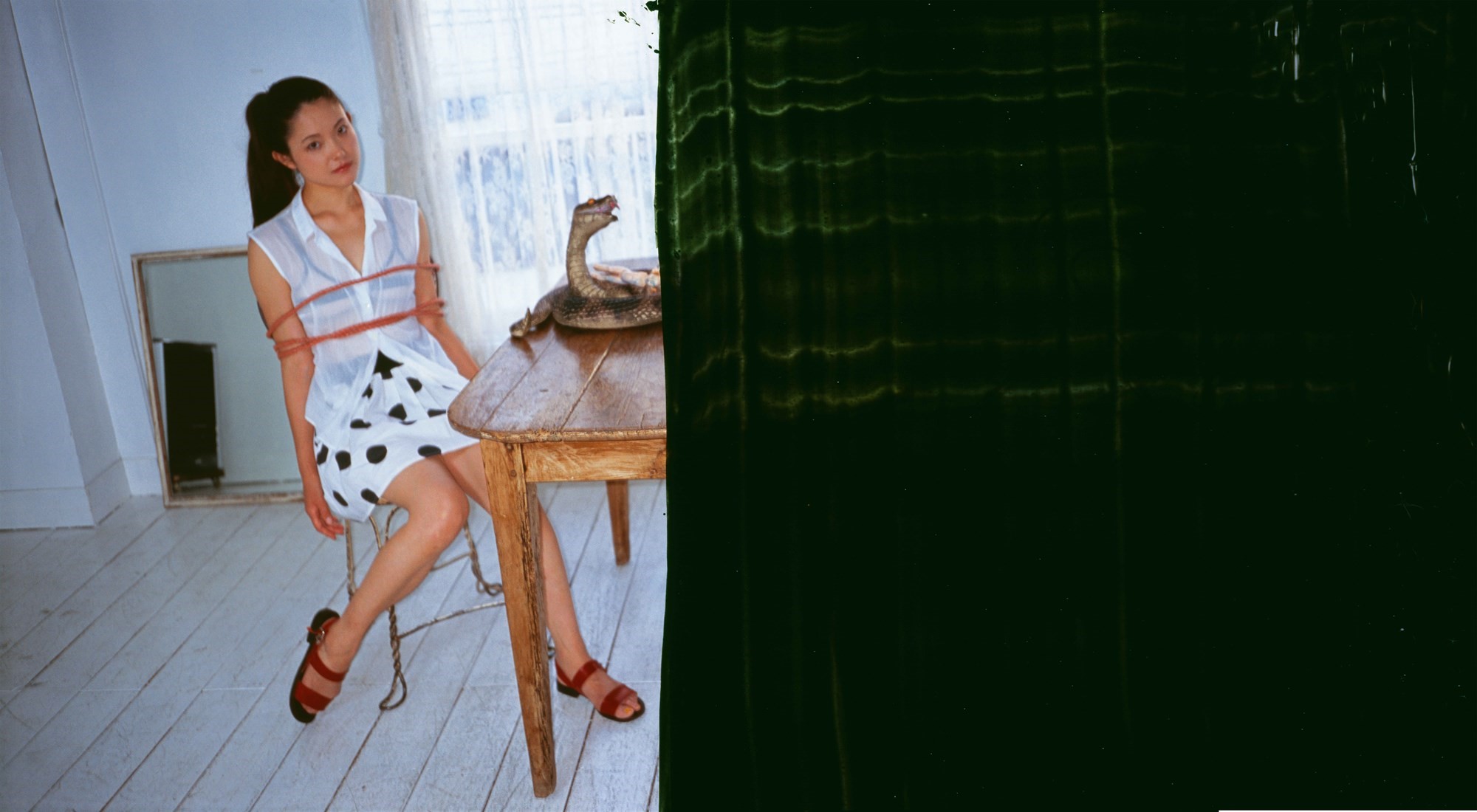 The main reason for Araki’s never-ending output of photography boils down to the philosophy of shi-shōsetsu, literally translated as ‘’I-novel’’.

It was a genre of early Japanese literature where the author narrated the plot from a first-person perspective. Araki has adopted the same modus operandi for his photography where he obsessively documents his life, thus creating a diary of sorts.

This concept is ingrained into his work, with many of his photo books featuring nikki, the Japanese word for diary, in their titles.

Araki’s photography is extremely personal and some of his photo books can be seen as contemporary versions of the Japanese pillow book, a type of private diary, where nothing is too personal or too sacred to be recorded.

Araki’s work shows a man with a relentless passion for photography. The vast majority of his images make their way into the public domain via his photo books, with his prodigious work seeing him release up to 20 a year. 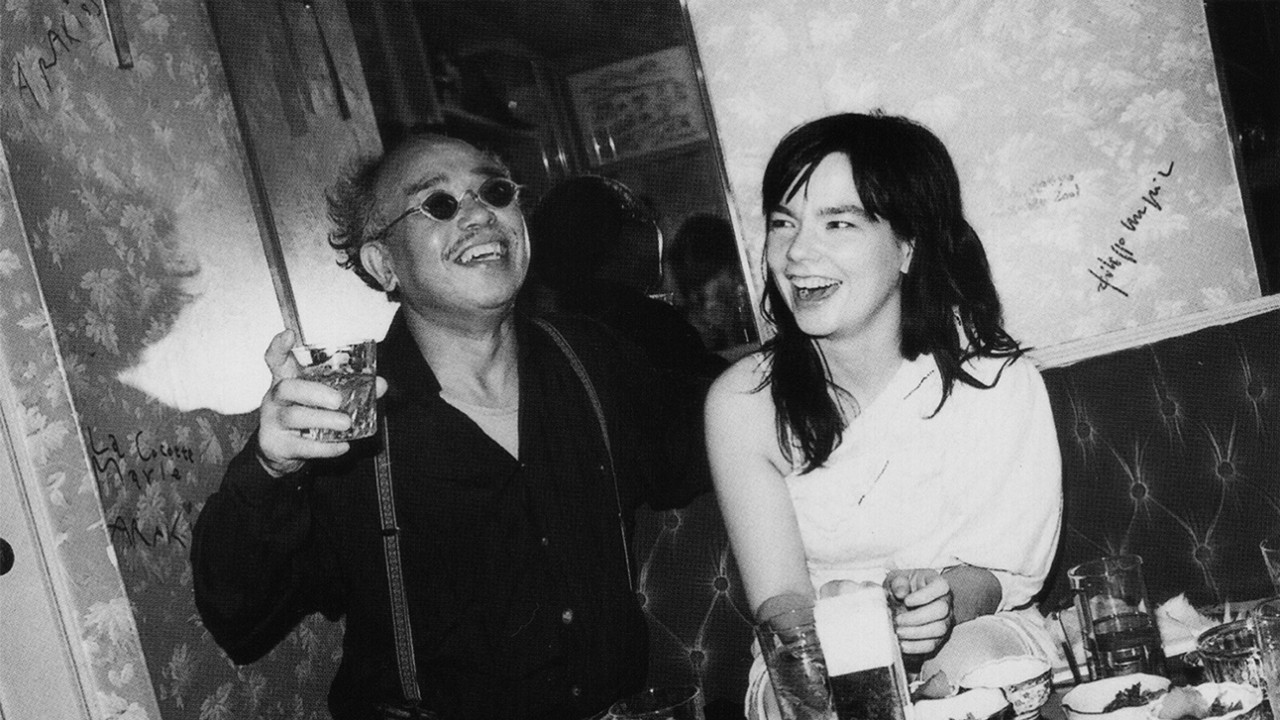 The impact of his work will always be most acutely felt in his homeland, where his uncompromising portrayal of sex and sexual practices caused the most controversy.

Whilst Araki has gained many admirers and a legion of dedicated followers, his detractors dismiss his work as misogynistic and derogatory, comparing it to mere pornography.

By pointing his camera lens at the hidden sexual underbelly of Japanese society, he tackles off-limit issues and confronts the hypocrisy of the country’s censorship laws.

The nature of some of his pictures has been so outrageous, in fact, that he has been arrested for obscenity under Japanese law.

His ‘Photomania Diary’ exhibition (1992) was forcibly shut by the police on grounds of obscenity, and Araki was arrested for disorderly conduct.

For Nobuyoshi Araki photography is a way of life; with a camera in his hands, he is free to pursue his fantasies and write his life experiences, trying to capture the ephemeral moments that life presents before they disappear forever.

1 thought on “Nobuyoshi Araki and his Unremitting Lens”