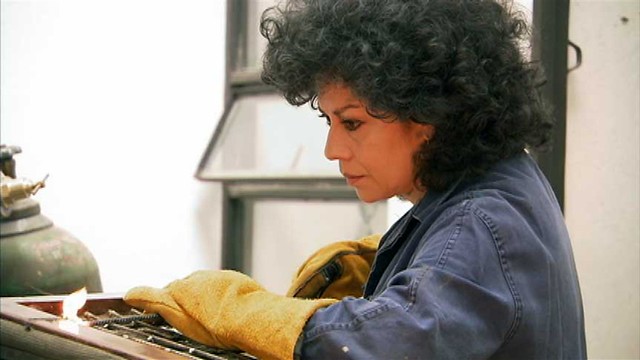 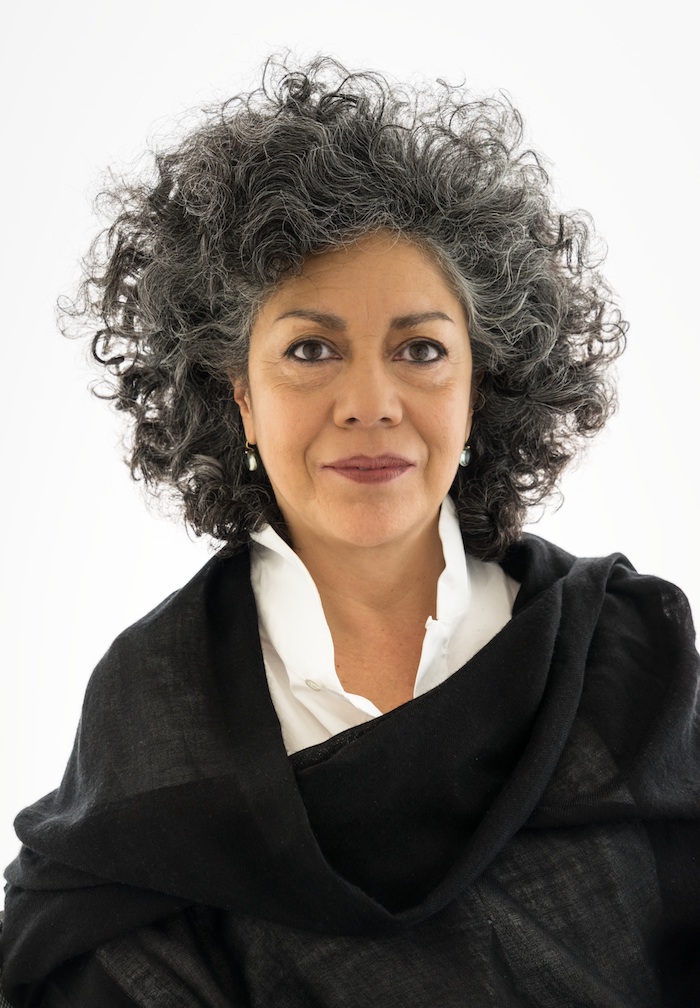 She utilizes commonplace items in her installation work, such as furniture, grass, concrete, clothing, and flowers.

Some themes she has aimed to express are memory loss, pain, trauma, loss, and emptiness. Being an artist has been her lifelong dream.

“I always wanted to be an artist. I cannot name a date when that came to me; it has always been there. Living in Colombia, in a country at war, means that war does not give you the possibility of distance. War engulfs reality completely. In some cases, people can be killed or wounded at war, but in most cases war just distorts your life. It throws a shadow over your entire life.”

This video should give you a closer look to get you familiarized with Doris and her beliefs.

Doris Salcedo is featured in our article, “What is Installation Art?”

She continues, “War creates a totality and you are embedded in it. It’s like being engulfed in a reality. Political events are part of everyday life here, so art and politics came to me as a natural thing, something that has been very much present in my life from the start.”

Doris Salcedo attended Bogotá University, where she received her Bachelor of Fine Arts in 1980. She majored in painting and theater.

In the early 1980s, Doris moved to New York and began sculpting, while earning her Master’s.

This is where she became influenced by other artists who were using political and challenging themes in their works.

This inspired her to draw from her home country and the heartache it had experienced with war.

She draws on her own experiences but also speaks for victims of senseless crimes and terrible issues that plague Colombia. She has interviewed victims to gain insight into their trauma to create many of her most famous pieces.

Some of her most notable installation pieces are the following: 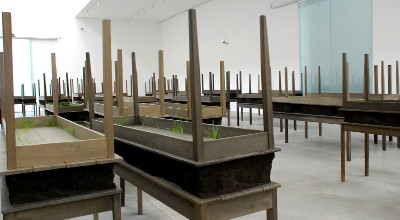 A rough translation to ‘silent prayer,’ this piece is a series of sculptures that make up the shape of a coffin, from two handmade tables. 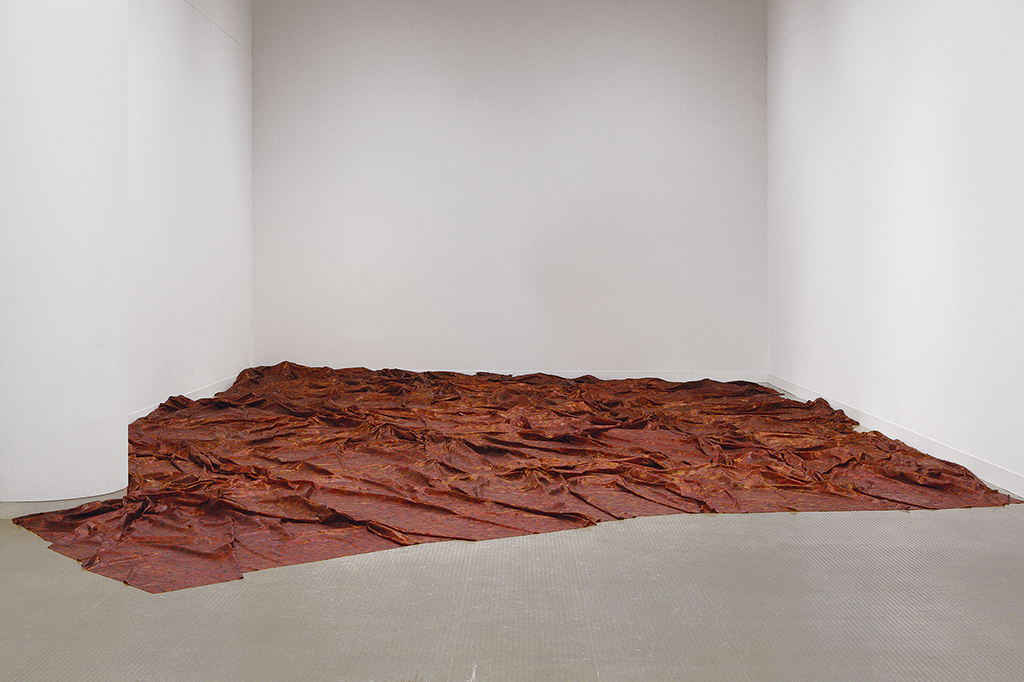 Created in 2013 and acquired by the Harvard Art Museum in 2014, this piece was part of her solo exhibition Doris Salcedo: The Materiality of Mourning.

The tapestry measures 340 cm x 500 cm and is made up of thousands of hand-sewn rose petals. This piece was to pay homage to a nurse that was tortured to death during the Colombian war. 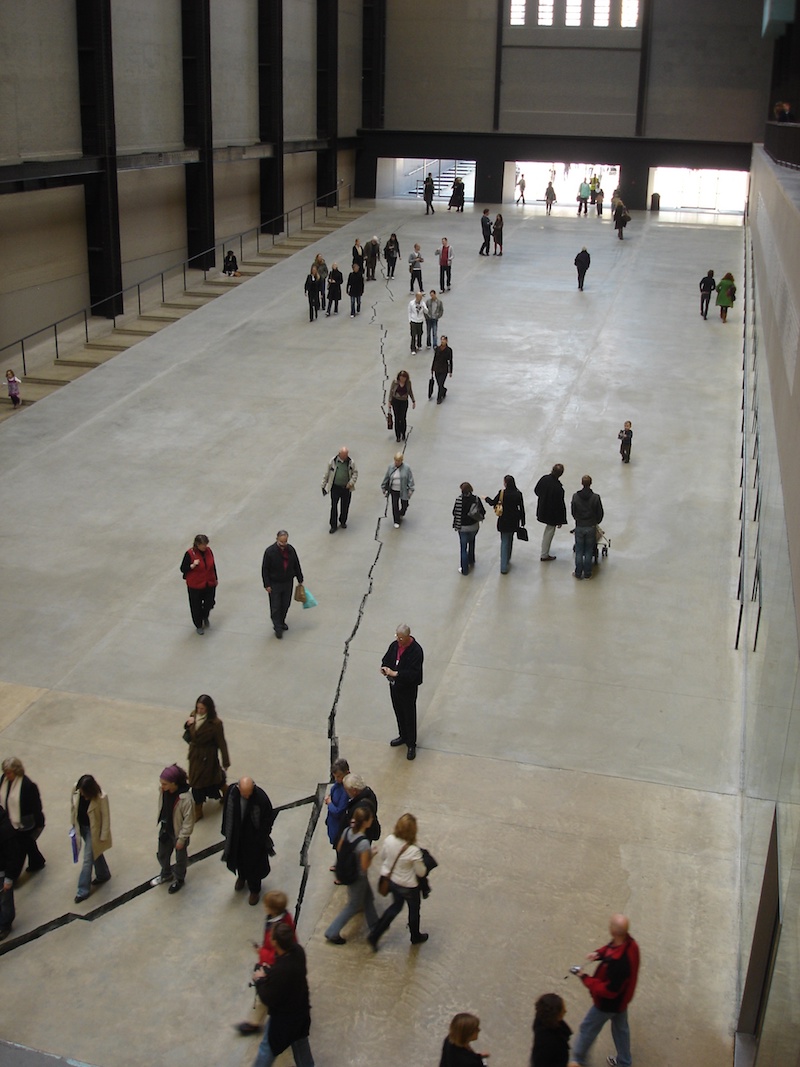 Located in Tate Modern in London, her installation here was a massive crack in the flooring. She is the first artist ever to change the physical building of Tate Modern.

This piece was to symbolize the wedge between victims and the social forces that divided and armed people against one another.

It also represents a significant divide between the rich and the poor. Particularly in Colombia, there is a clear divide and brokenness between cultures, and that was meant to be evoked by this piece. 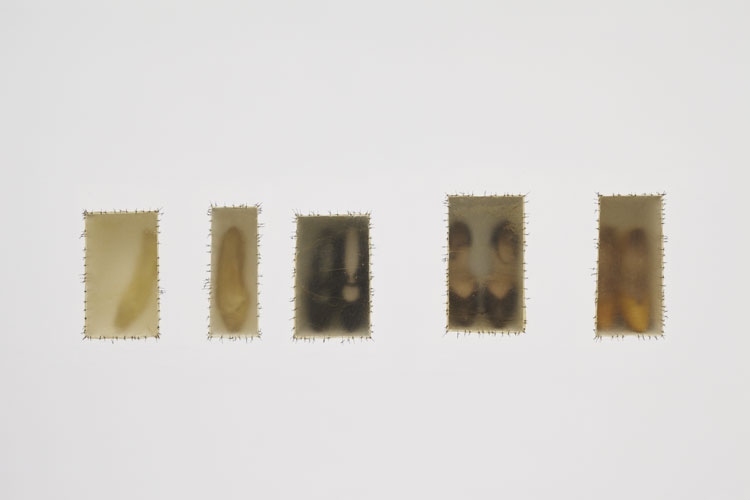 Made from plywood, thread, sheepskin, animal fibers, and shoes. There are six different styles of this installation piece.

In the ‘shoes’ piece, the shoes were all worn previously by victims who had been declared missing.

Families of missing women donated the items. This piece represents being “permanently suspended between the present and the past” and bringing awareness to the memory of those who are missing, or their whereabouts are unknown.

Atrabiliarios is meant to be a portrait of disappearance and survivors mentally being distraught with no closure. 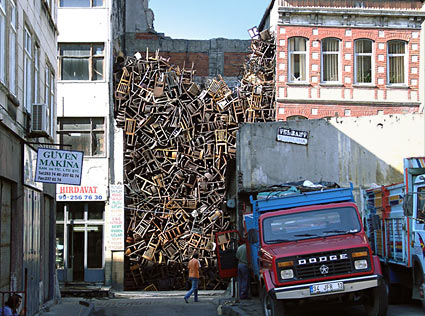 This installation piece is constructed from 1,550 wooden chairs piled between two buildings. The central theme behind this creation was a topography of war.

About Istanbul, she says, “Seeing these 1,550 wooden chairs piled high between two buildings in central Istanbul, I’m reminded of mass graves. Of anonymous victims. I think of both chaos and absence, two effects of wartime violence. What I’m trying to get out of these pieces is that element that is common in all of us. And in a situation of war, we all experience it in much the same way, either as victim or perpetrator. So I’m not narrating a particular story. I’m just addressing experiences.” 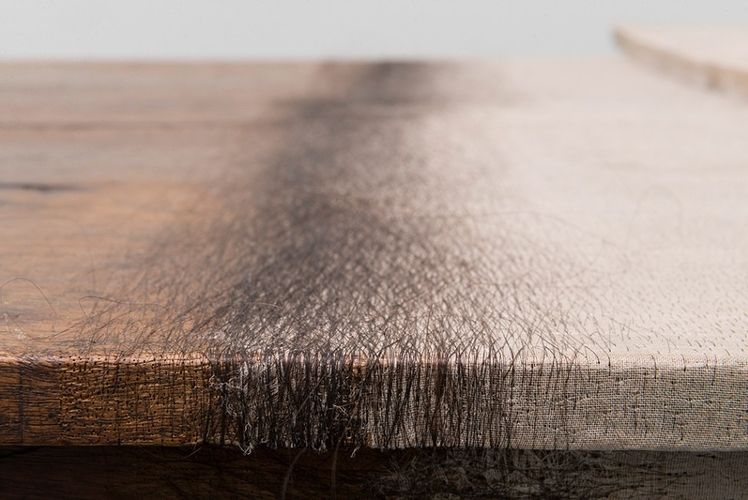 Created from 1995-1998, Unland is comprised of three sculptures. It’s meant to represent testimonies given by children who witnessed their parents murder in the Colombian Civil War.

Doris traveled across the country to collect statements from participants and how this shaped their lives. The three sculptures are called Unland: the orphan’s tunic, Unland: irreversible witness, and Unland: audible in the mouth.

Two wooden tables are fused into one, and combined by the legs being removed on each end. There are thousands of holes in the top of the table, which has human hair and silk threads sewn in. The wood has deep cuts across it, to signal the damage done in the war. 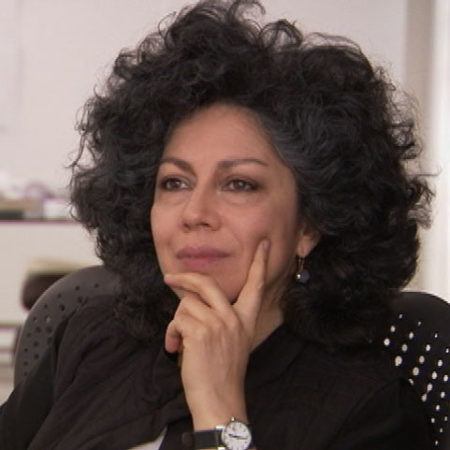 She has played an important role in her Colombian culture, being a voice for victims of trauma and political injustices. Art has always been her passion for many reasons, and she has turned that into a lifelong career and been a guiding force in her niche.

“The way that an artwork brings materials together is incredibly powerful. Sculpture is its materiality. I work with materials that are already charged with significance, with meaning they have required in the practice of everyday life…then, I work to the point where it becomes something else, where metamorphosis is reached.”

1 thought on “The Impressive Doris Salcedo”