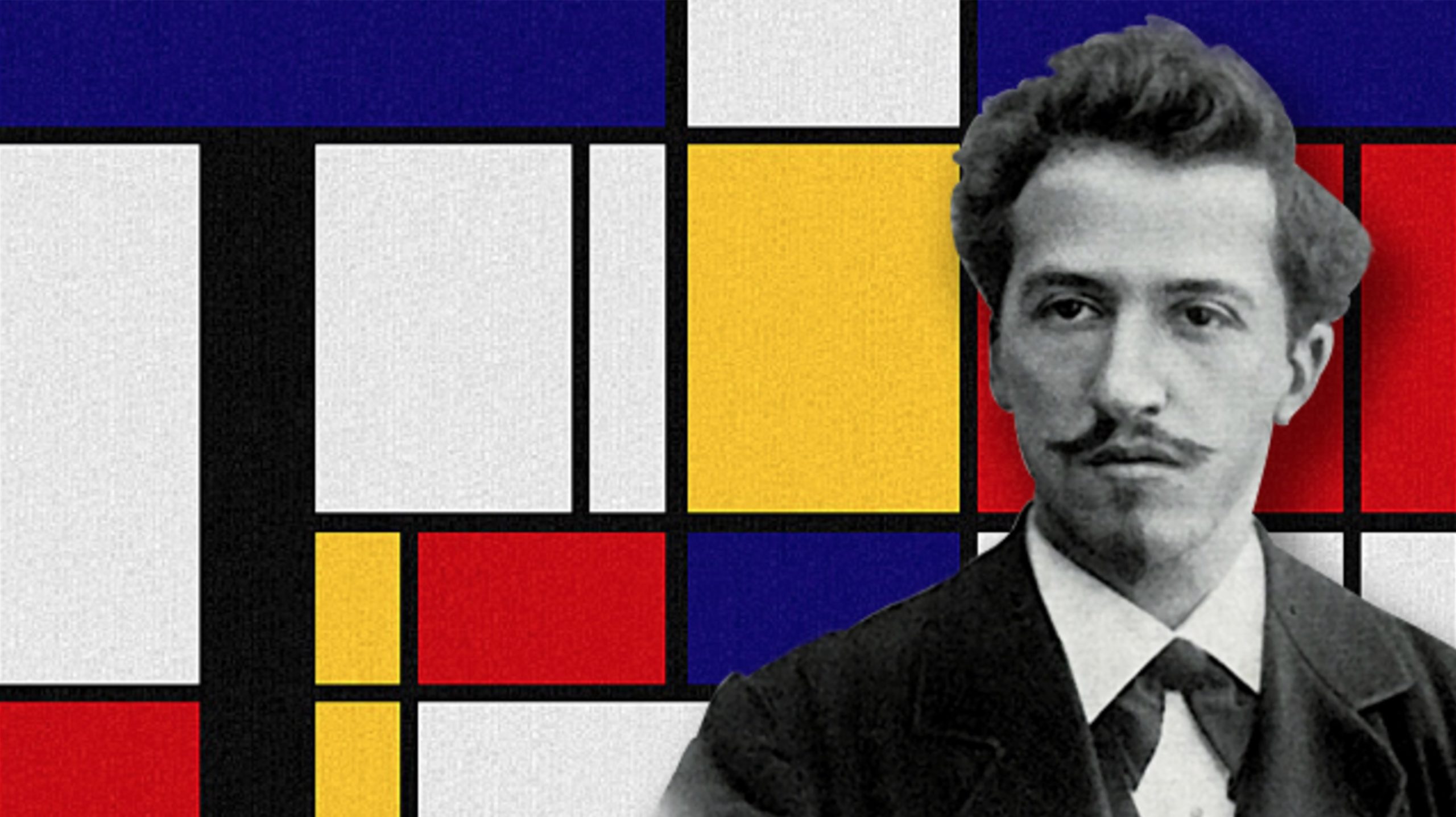 Pieter Cornelis Mondrian was a Dutch painter, became one of the first well known Abstract art painters and with his unique style influenced many modern art creators.

Piet Mondrian was born on 7th March 1872 in Amersfoort, Netherlands.

He was a second child in a family, which was filled with artists, so art became a part of Piet‘s life naturally at an early age.

His father, together with his uncle, used to paint local landscapes and even was a qualified drawing teacher. According to historians, his uncle was the person who has taught him basics of drawing.

While growing up in the Amersfoort, Mondrian saw how the whole town was changing.

A new shopping street, tramway, and railway – becoming a modern city, Amersfoort showed that the world was changing and becoming a new, industrial place with new shapes and ideas. 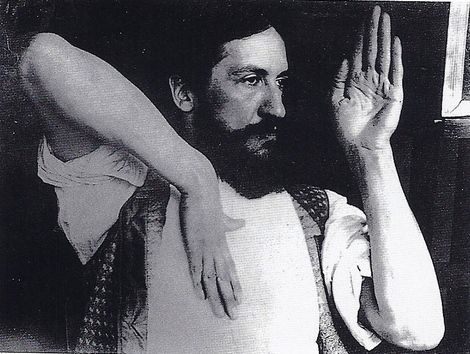 According to Inge Vos, who leads a guided tour about Mondrian‘s life, all these changes could have had an impact on Mondrian‘s interest in technology and change that developed his style into minimalistic and abstract. 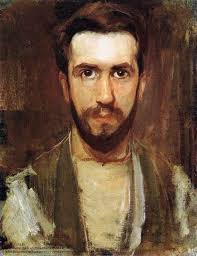 Practicing to become an artist

In 1892 Mondrian enrolled the Academy of Fine Art in Amsterdam.

At that time, he was working as a drawing teacher, but also was working on his own style by painting traditional Dutch landscapes of fields with windmills and rivers.

He was experimenting with the primary colors by combining Post-impressionism and Fauvism painting styles. 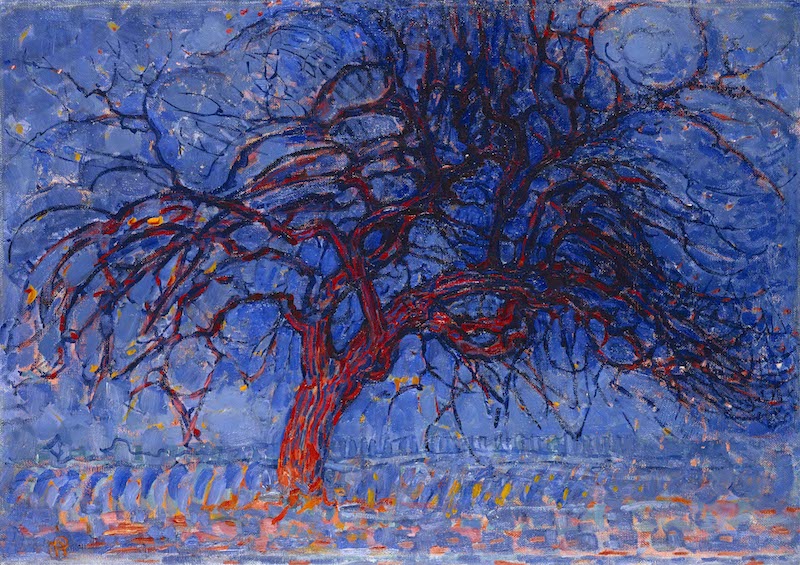 This painting combines a realistic object, a tree, and an expressive palette of colors, which was inspired by another Dutch painter – Vincent Van Gogh.

After creating this drawing, Mondrian visited an exhibition of cubists’ works in 1911 in Amsterdam.

He was so inspired by what he saw, that shortly after, he decided to move to Paris and get to know more about Cubism and meet a leader of this movement – Pablo Picasso.

In the spring of 1912, Piet painted “The Flowering Apple Tree”, which shows how Mondrian was influenced by Cubism. 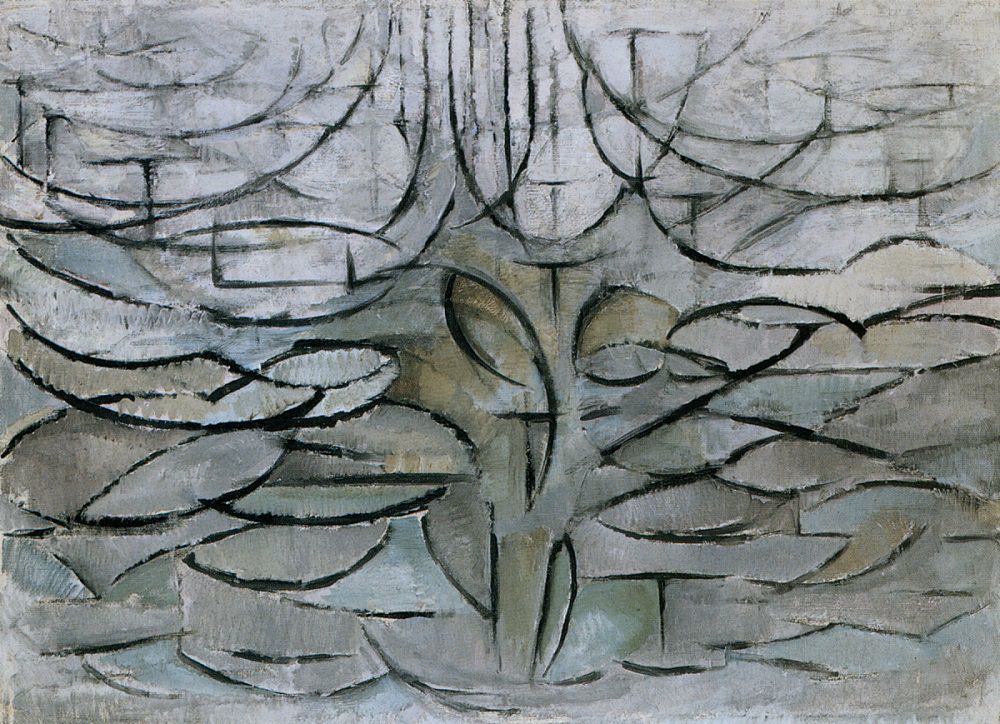 This work combines his ideas of traditional painting and strict shapes of Cubism.

Thus began the beginning of his way towards becoming a painter of a totally new area of minimalism and abstract art.

When World War I started in 1914, Mondrian was visiting the Netherlands and he decided to stay till the conflict will end.

At that time he was describing himself as a Cubist, but he was still looking for an inspiration to convey his ideas and improve as an artist.

This is why he joined “De Stijl” (The Style) – a movement of the artists and architects, dedicated to the neoplasticism ideas.

Together with the movement, the other Dutch artist Theo van Doesburg released a magazine with the same name “De Stijl”, which gave a voice to the artists to spread their ideas and theories about the art. 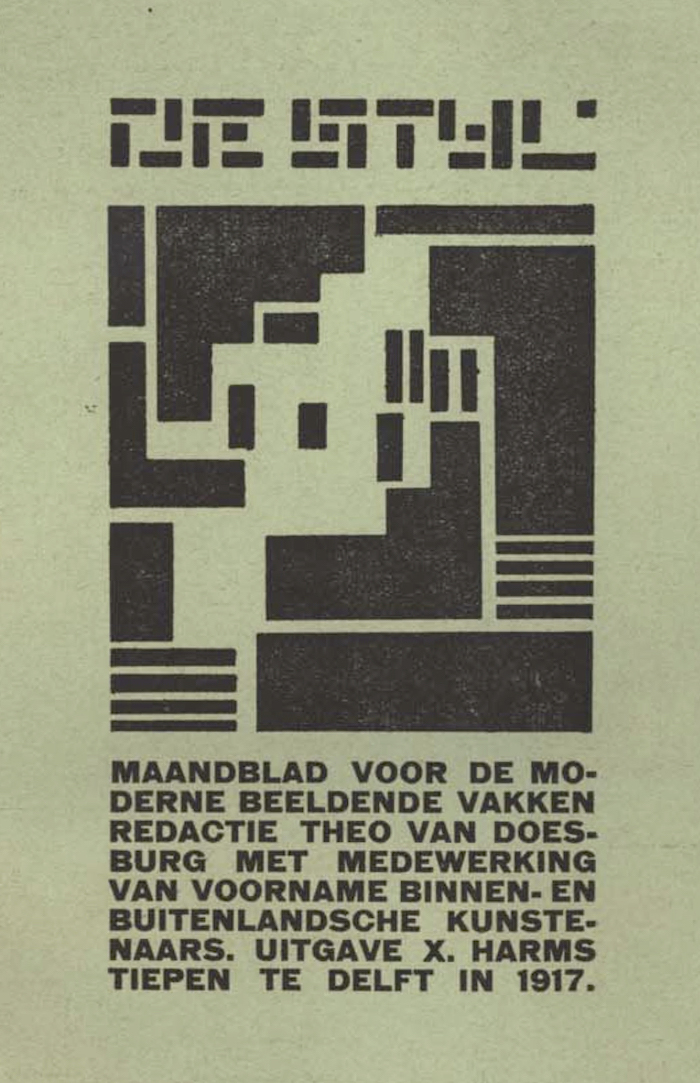 This activity of Mondrian is considered as interesting and unique because most of the artists didn’t write about their ideas, they used to paint as the only form to express it. That said, manifestos were becoming all the rage.

On the other hand, Mondrian was becoming an abstract painter and to avoid wide interpretations of his art, it was better to talk about his ideas to the public.

France: Evolution of an artist

The end of World War I marks Mondrian’s journey to becoming one of the more unique and modern abstract art purveyors of his time.

In 1918, when Piet returned to Paris, he started to create grid-based abstract paintings, which combined clear black lines and vivid primary colors of yellow, blue and red. 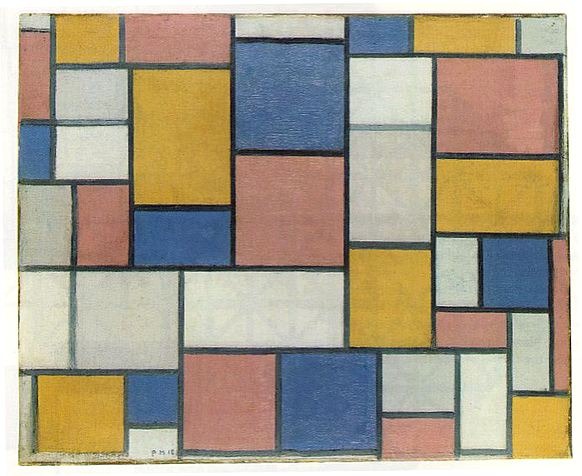 Between 1920 and 1921, more and more space in his drawings was changed by involving a white color, leaving bright primary colors just as details in the whole space.

Fear of the growing power of Fascism in Europe led Mondrian to run from Paris to London in 1938.

It was mainly because his art didn’t fit in any rules of regime, which was uprising very fast in Europe.

For the safety of expressing his ideas along with he himself, the artist left Europe in 1940, shortly after World War II had started. New York was a breath of fresh air to Mondrian.

A modern city with inspiration at every corner, fulfilled with a new culture and jazz music, which Mondrian enjoyed a lot, and the most important – freedom to create whatever he wanted and dreamed of.

Piet Mondrian was not married, but according to historians, he uses to go out to the jazz concerts a lot, where he could dance and flirt with beautiful women.

In 1943, Piet Mondrian finished his work called “Broadway Boogie Woogie”, which was different from his abstract works.

The style of this painting was similar to previous works: he painted small and larger squares by using primary colors by invading a simple white, but the main difference was, that this works was inspired and even wanted to repeat the things of the real-life such as busy daily life in Manhattan.

Little colored squares symbolize its buildings and the whole microflora of a city. 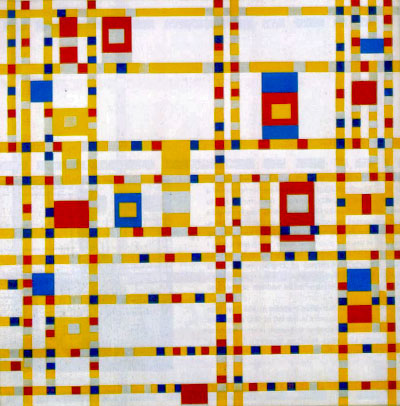 Next to that, it looks very dynamic too, like a boogie-woogie dance style and what is also interesting, from nowadays perspective it looks like a scene from the 90‘s computer game, which is fascinating.

Piet Mondrian was highly influenced by the American culture, he enjoyed nights out in the jazz clubs, which clearly inspired him to live the life he wanted and to shout to the world about a new modern era. 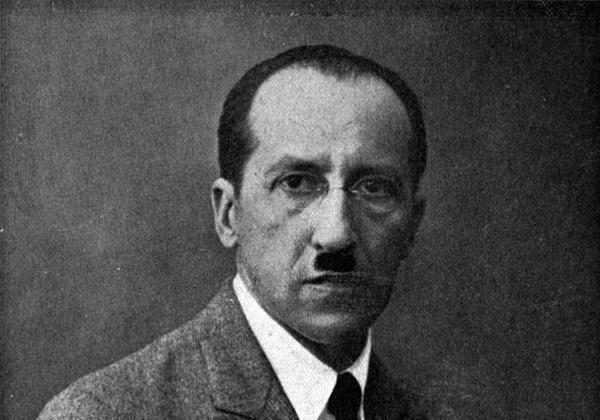