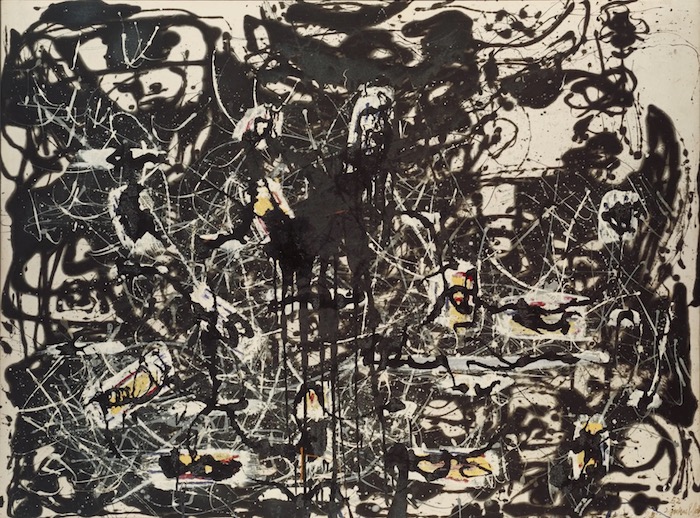 Jackson Pollock has had a tremendous impact on the art world during his tumultuous 44 years of life. The youngest of five, Jackson grew up to be an influential pioneer in the abstract expressionism movement.

Jackson Pollock struggled in his life with addiction, and he had a volatile personality, coupled with a need for reclusion.

He married artist Lee Krasner in 1945, who ultimately became a massive influence on his career and his work. 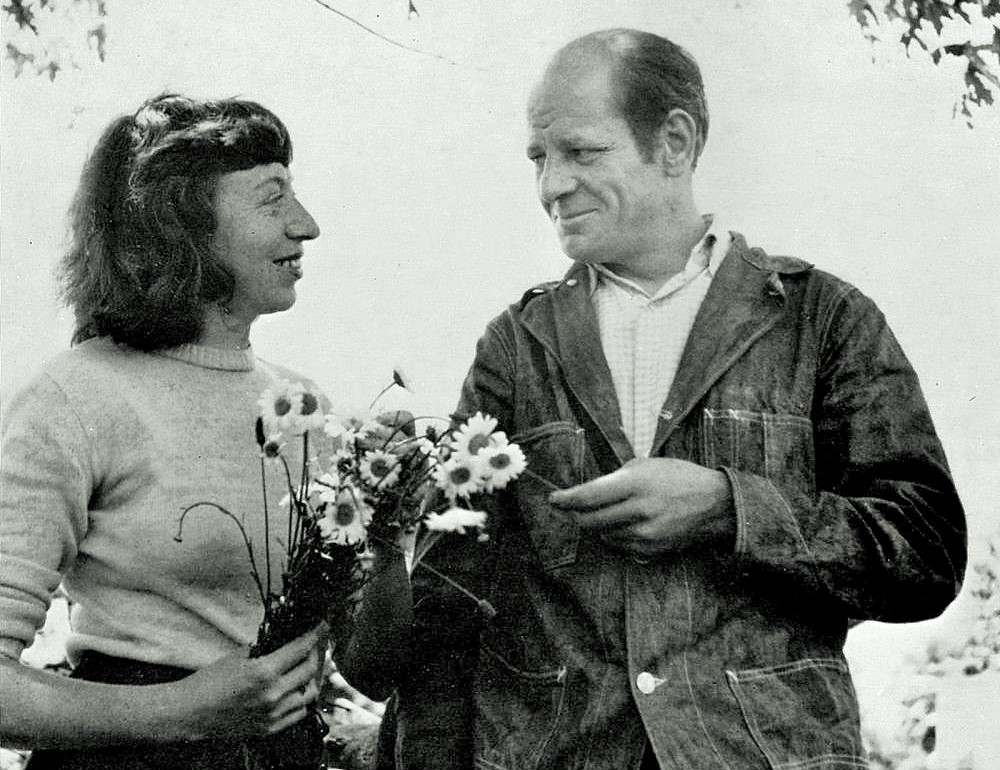 Pollock died in 1956 at the age of 44 in an alcohol-related car accident. He was honored after his death with a memorial exhibition at the Museum of Modern Art in New York City and the Tate in London.

Pollock was well known for his techniques used in his most famous works. Pouring and splashing paint onto a large surface, called action painting and the drip technique, allowed for his work to be viewed from any angle.

He used his whole body to create his work and incorporated a dancing style into his work. His work was met with divided responses from the critics, which was loved by some and hated by others. 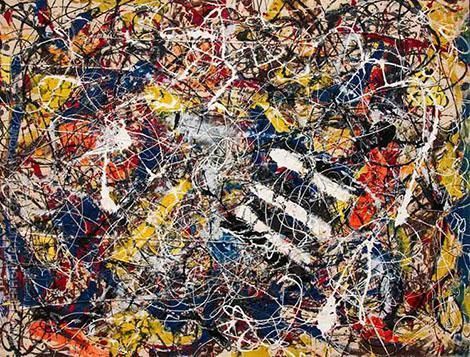 “It doesn’t make much difference how the paint is put on as long as something has been said. Technique is just a means of arriving at a statement.” – Jackson Pollock

In 1929, he studied in New York at the Student’s League under Thomas Hart Brenton.

During his time there, he worked with the regionalist and surrealist styles. He was influenced by Mexican muralist work by painters like Digo Rivera. In 1939 during a Picasso exhibition at the Museum of Modern Art, it inspired Pollock to change his style. 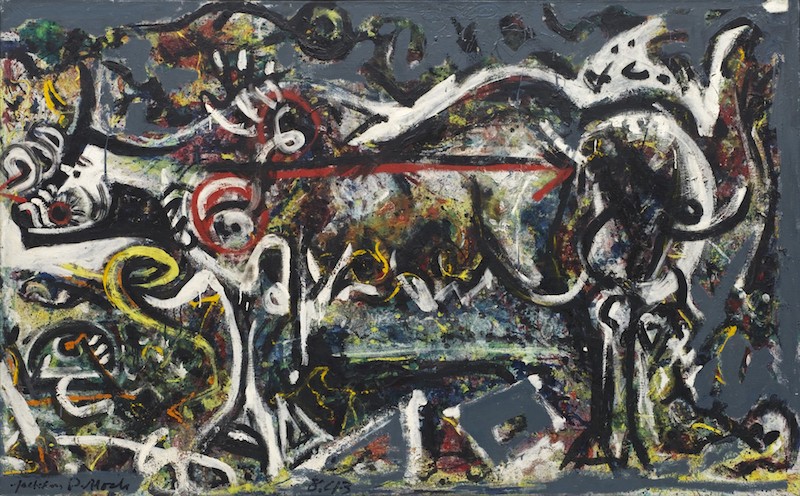 Jackson Pollock had some notable influences in his work. Joan Miró, Pablo Picasso, and Thomas Hart Benton were among the most significant, but Ukrainian-American artist Janet Sobel was a direct influence on his technique development. He has admitted that her work made an impression on him.

Pollock used sticks, basting syringes, hardened brushes, and other random items as applicators for household paints. He suggested that his use of these paints were a natural part of his growth in a time of need, rather than using typical artist paints.

Jackson Pollock is thought to have coined the action painting style. His style allowed him to create immediate art, without regard for small details or time-consuming techniques. He broke boundaries by applying paint to the canvas from all directions.

Here is some old footage of Pollock doing painting in his “action” style.

“My painting does not come from the easel. I prefer to tack the unstretched canvas to the hard wall or the floor. I need the resistance of a hard surface. On the floor, I am more at ease. I feel nearer, more part of the painting, since this way I can walk around it, work from the four sides and literally be in the painting.

I continue to get further away from the usual painter’s tools such as easel, palette, brushes, etc. I prefer sticks, trowels, knives and dripping fluid paint or a heavy impasto with sand, broken glass or other foreign matter added.

When I am in my painting, I’m not aware of what I’m doing. It is only after a sort of ‘get acquainted’ period that I see what I have been about. I have no fear of making changes, destroying the image, etc., because the painting has a life of its own. I try to let it come through. It is only when I lose contact with the painting that the result is a mess. Otherwise, there is pure harmony, an easy give and take, and the painting comes out well.” — Jackson Pollock, My Painting, 1956 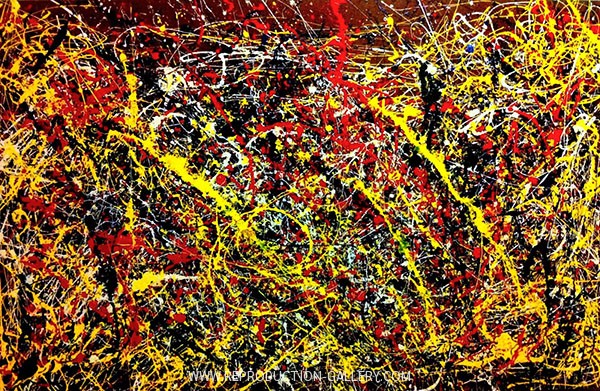 The technique he used to create his drip paintings helped steer the direction of American art in a new direction and was one of the most individual styles of the century.

His style was a large piece of the abstract expressionist pie; his creations evoked emotion, demonstrated mood, and expression while giving a sneak peek into the mind of the creator.

Another technique Pollock used was the All-over Method. There is no real emphasis in the piece, and the canvas is covered corner to corner.

When he reached a super-stardom level, he abandoned his signature style, and this era produced paintings darker in nature. They’re referred to as his black pourings, and they were not well received by the masses. 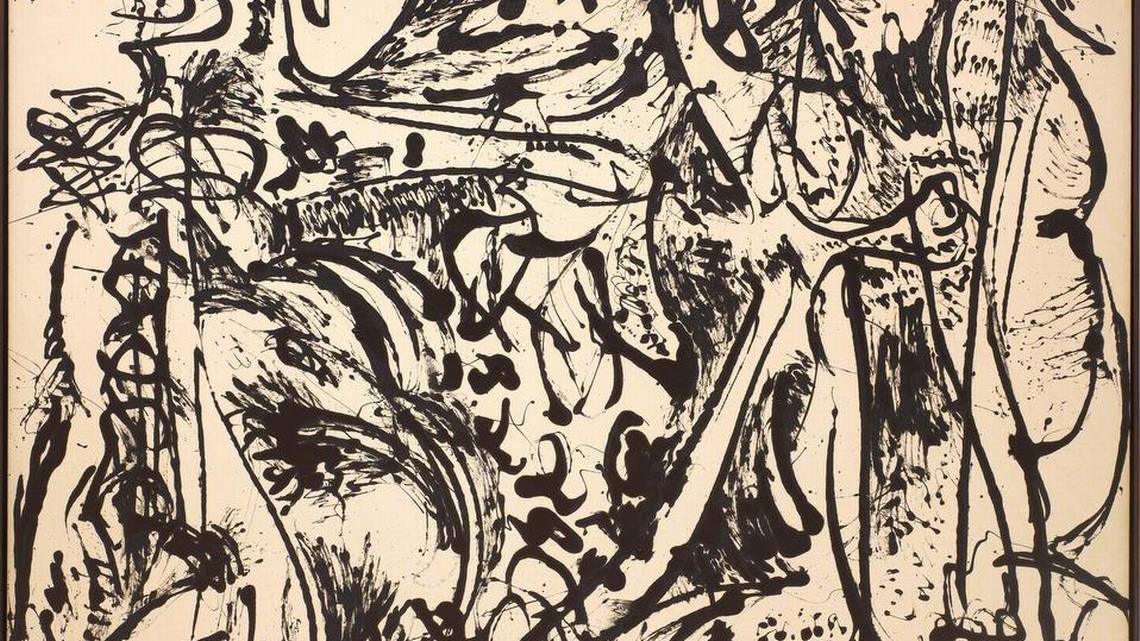 Pollock was giving his work traditional names until eventually, he decided to number them because they were more neutral than conventional titles. He didn’t want to influence his viewer’s opinion of his work in any way.

His work has been both highly criticized and adored by many. Over the years, his paintings have been the subject of various debates trying to deem his paintings as iconic or meaningless.

Jackson Pollock quickly rose to fame, but he continued to question the relevance of his artwork, and the height of his career peaked in the early 1950s.

Jackson Pollock is still known as an innovator in the art community in the abstract expressionism movement. He has inspired countless artists to abandon boundaries and take risks. 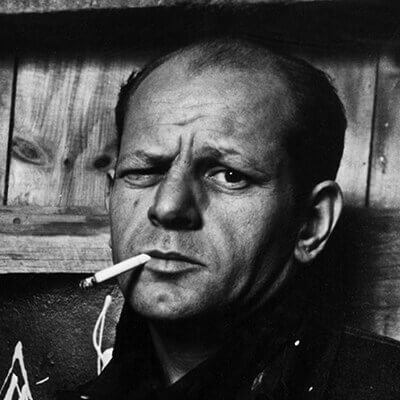 He single-handedly changed the trajectory of a whole genre of art during his lifetime, and his premature death cemented his legendary status. His paintings still sell for millions of dollars, and he is still tremendously influential to artists who are still finding their signature style.

The home that Pollock shared with his wife Lee is now a museum. People travel from all over the world to see Pollock’s studio, where the floor still looks like one of his many creations. This is a place that helped bring a new style of art into popularity.

“The strangeness will wear off and I think we will discover the deeper meanings in modern art.” – Jackson Pollock

3 thoughts on “The Iconic Jackson Pollock”