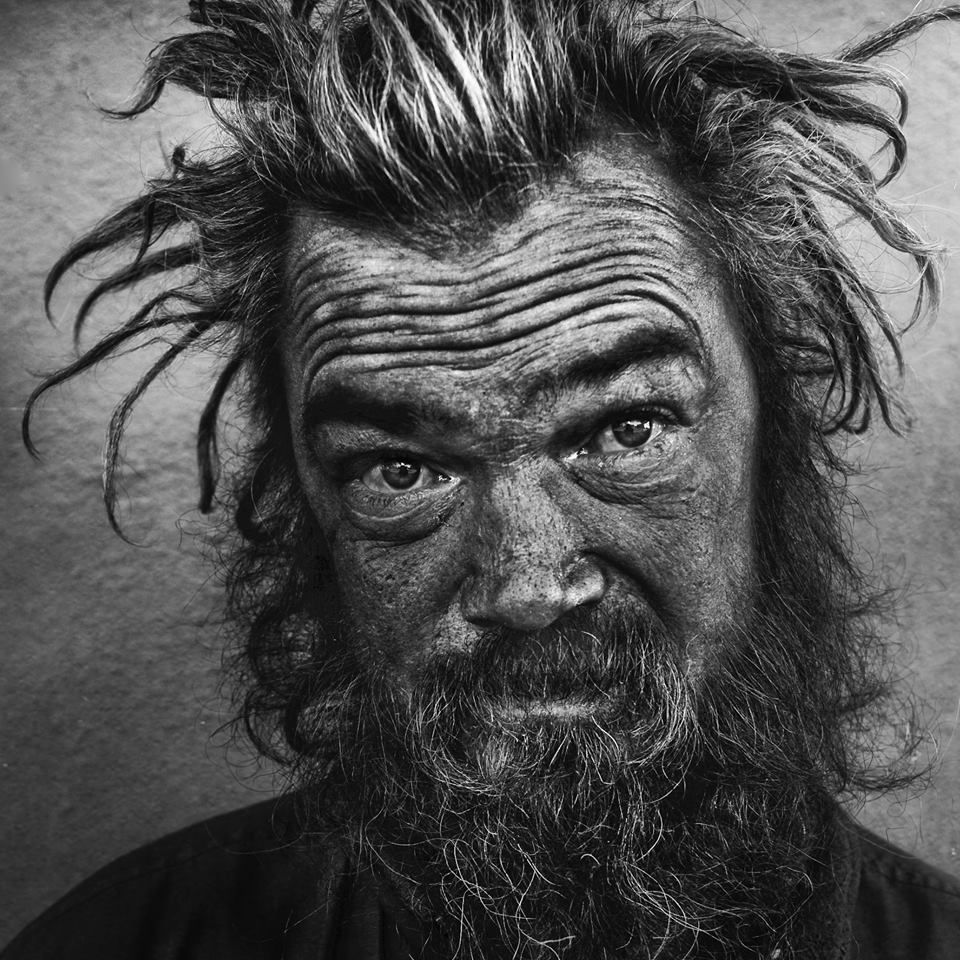 Lee Jeffries is a British street photographer, who resides near Manchester, England. He focuses on homeless people in England and all around the world. 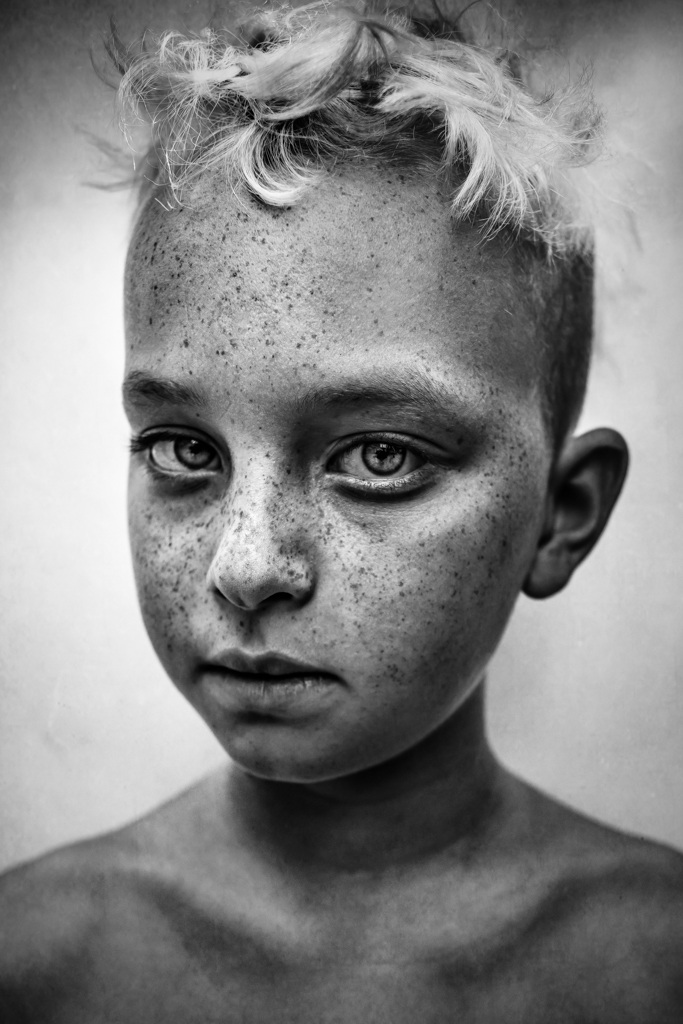 Lee‘s images were published in many prestigious magazines and newspapers like Time Magazine, The Independent, The Guardian, and were broadcasted on BBC, CNN news.

He has released two photo albums, and has participated in various projects.  Today we’ll be talking more about him, but first, here’s a quick video to get you acquainted with him.

Lee Jeffries was born on May 6, 1971, in Manchester, England. He didn‘t grow up surrounded by photography or any other creative activity – actually more the opposite.

Photography came into his life by accident, when he was already 35 years old.

At that time, he was owning a bicycle business and needed to take pictures of his bikes, so this was the first time he took the camera. 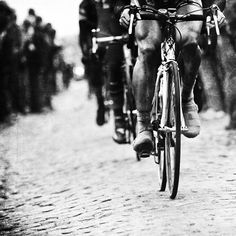 Jeffries’ relationship with street portraits began in 2008 when he took his camera and went out.

The main reason he went to shoot people out, was that he felt lonely inside and being surrounded by people helped to change that feeling.

According to him, the more relationships he created with homeless people, the less lonely he felt, so his photographing activity at some point was not giving something away, but take something back too. 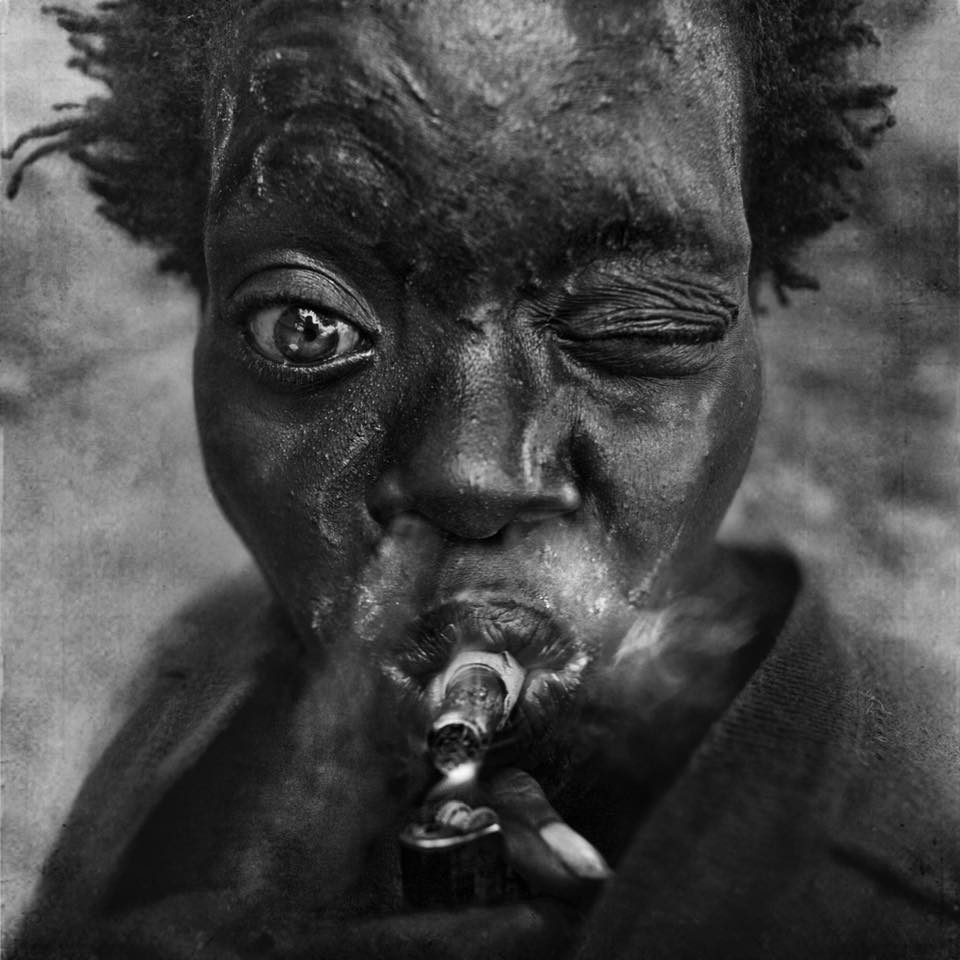 The first portrait he made was a girl in a sleeping bag on the street in London. She was only 18 years old and started to shout at Lee, so he felt embarrassed.

At that moment, he could have gone away, but he sat next to her and started to talk instead.

This new experience totally changed his life – he knew, that he will make more portraits of homeless people and create a different perspective of street photography. 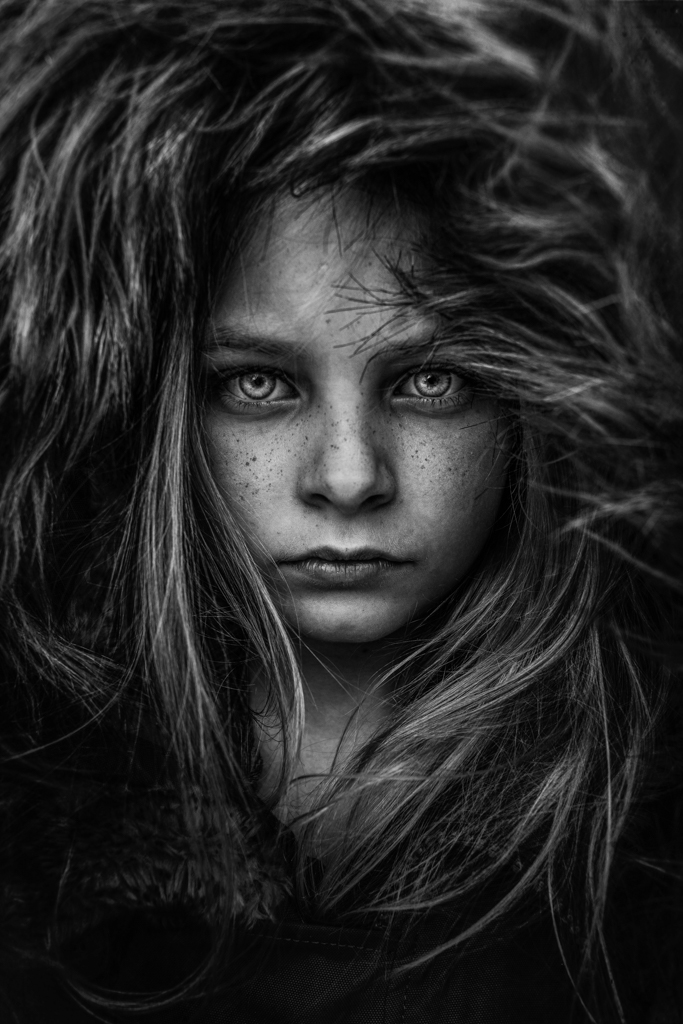 By making portraits of homeless persons, Lee wanted to dig a little bit deeper and get to know them at first, create a connection with them and maybe even help them to change their complicated situation.

In the beginning, Jeffries didn‘t know where his photography will lead, but his perspective was to go into photography with a socially responsible attitude.

One of the main reasons for Lee’s success while capturing homeless people is that he is not afraid of being surrounded by them.

According to him, if you respect a person no matter what is his social status, he will respect you back and that is a key of trust with which you can create a certain atmosphere for making a good portrait. 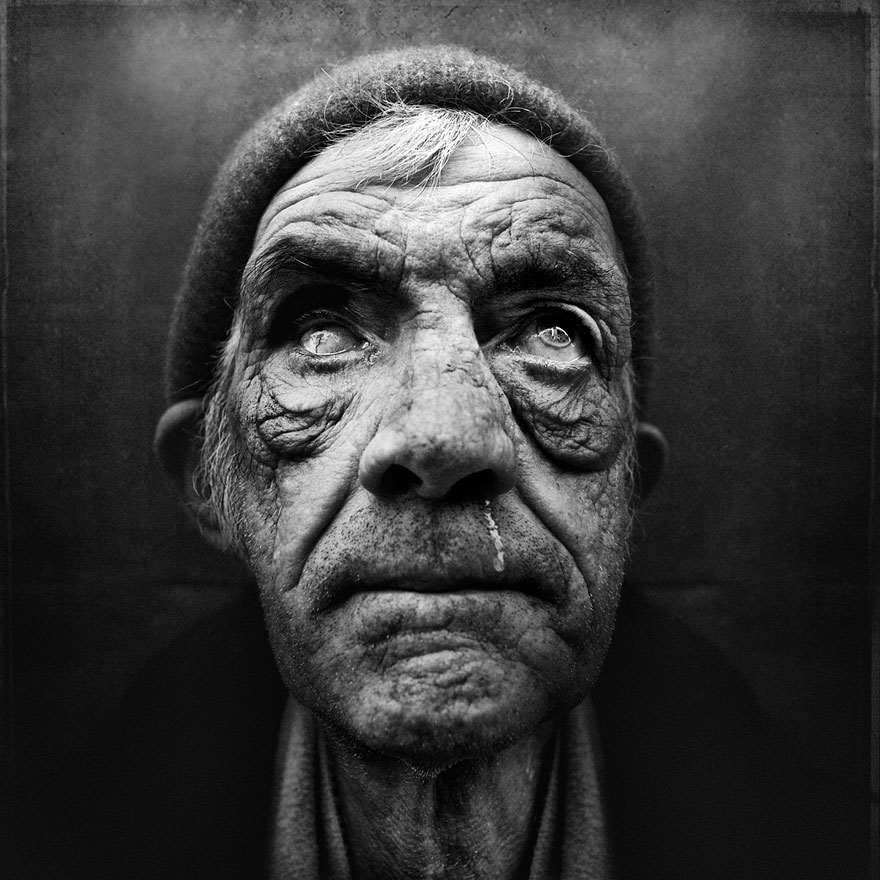 He realizes that the opportunity to capture people didn‘t come for granted, you must put some effort and earn it.

This is why his portraits look so mesmerizing – you can see every wrinkle, hair and especially human’s eyes, which helps you to understand that we are all alive human beings.

Lee explains that the picture itself is a result of the bonding process with the strangers. He also opens about sensitivity for people, by saying that if his picture doesn‘t make him cry, it means it isn‘t good enough.

Live like a homeless person most of the time is influenced by a huge pain person struggles with, which a certain person doesn‘t realize, for example, a post-traumatic experience as a soldier.

Lee Jeffries released his first book “Lost Angels“ in 2013, where he put his portraits of homeless people, shot for five years. 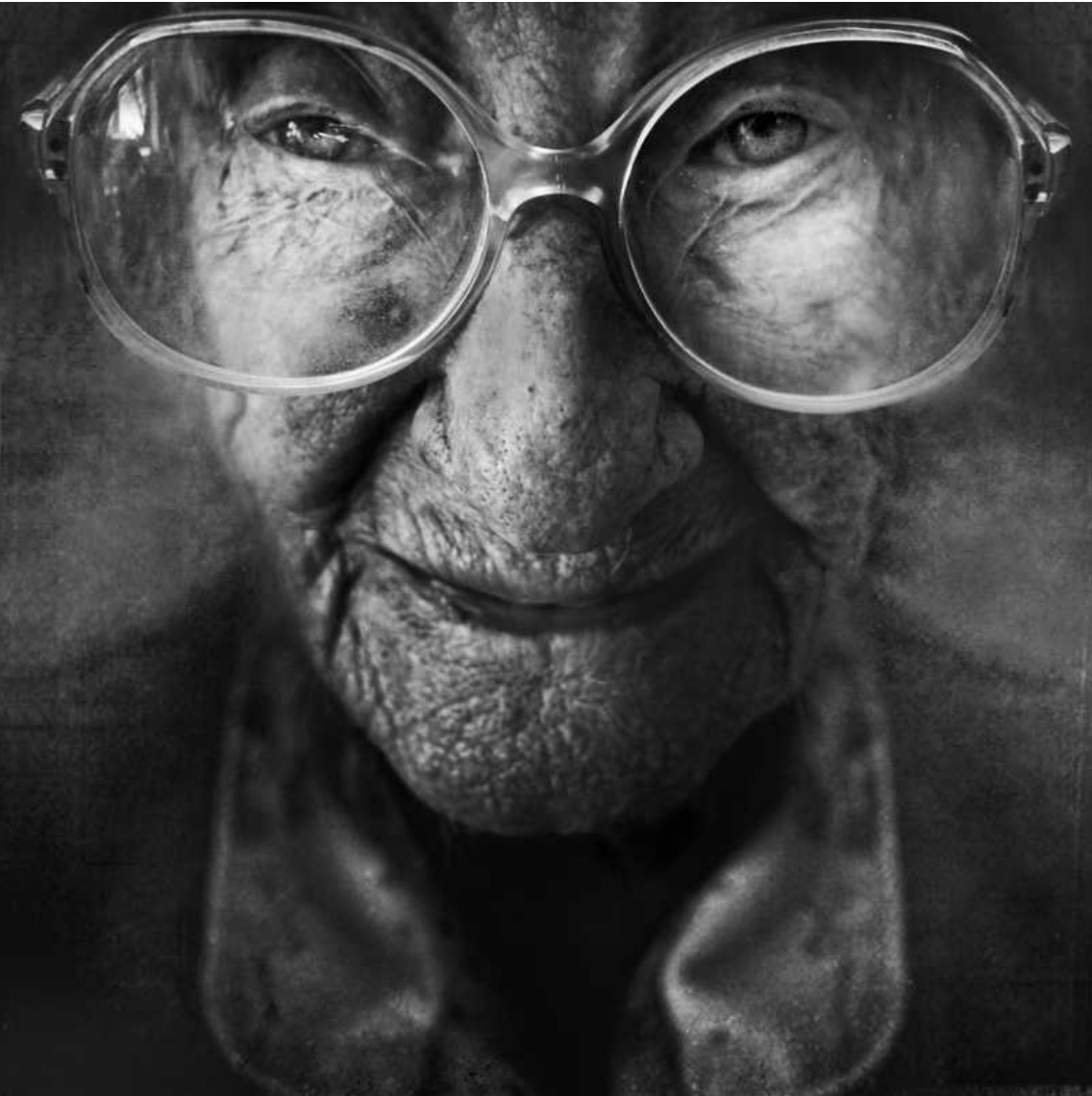 After 15 years of creating photographs, he thinks that photography is a journey, which doesn‘t happen immediately.

Even photography for Jeffries is not his main activity in life, because of his unique perspective, he makes special projects too.

Next to the various auctions in which he sells his portraits and raises money for poor people, the charity organization the Swedish Salvation Army has invited Lee to create portraits for their campaign. 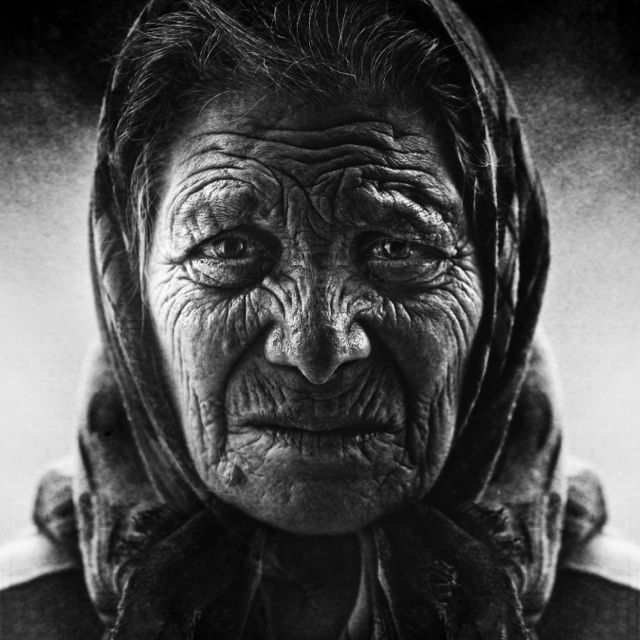 By this campaign, they wanted to help Stockholm‘s homeless community. Lee shot ten portraits, from which the organization has chosen three and started to sell their prints of which all money went directly to the charity.

Three main pictures were very popular and were showed in the whole Sweden, so Jeffries’s idea was to create even bigger campaigns in the future for the USA or France.

In 2016, Lee was cooperating with the French street artist Jef Aérosol – their project called “Synergy“ was exhibited in the French Art Studio in London.

During this project, Jef interpreted Lee’s pictures of his own way by painting some extra details.

In 2019, Lee Jeffries released his second portraits album, which was created for ten years.

In 220 pages, the viewer could see various funny, sad, but most important – inspiring stories from Europe and the USA, illustrated by impressive author‘s pictures.

Since Lee spent a lot of time surrounded by homeless people, he filmed them too. In these videos, the viewer can see raw scenes of various people‘s daily life in the street.

Lee Jeffries is featured in our article about the top influential contemporary photographers.

1 thought on “Lee Jeffries – Portraits of the Homeless”