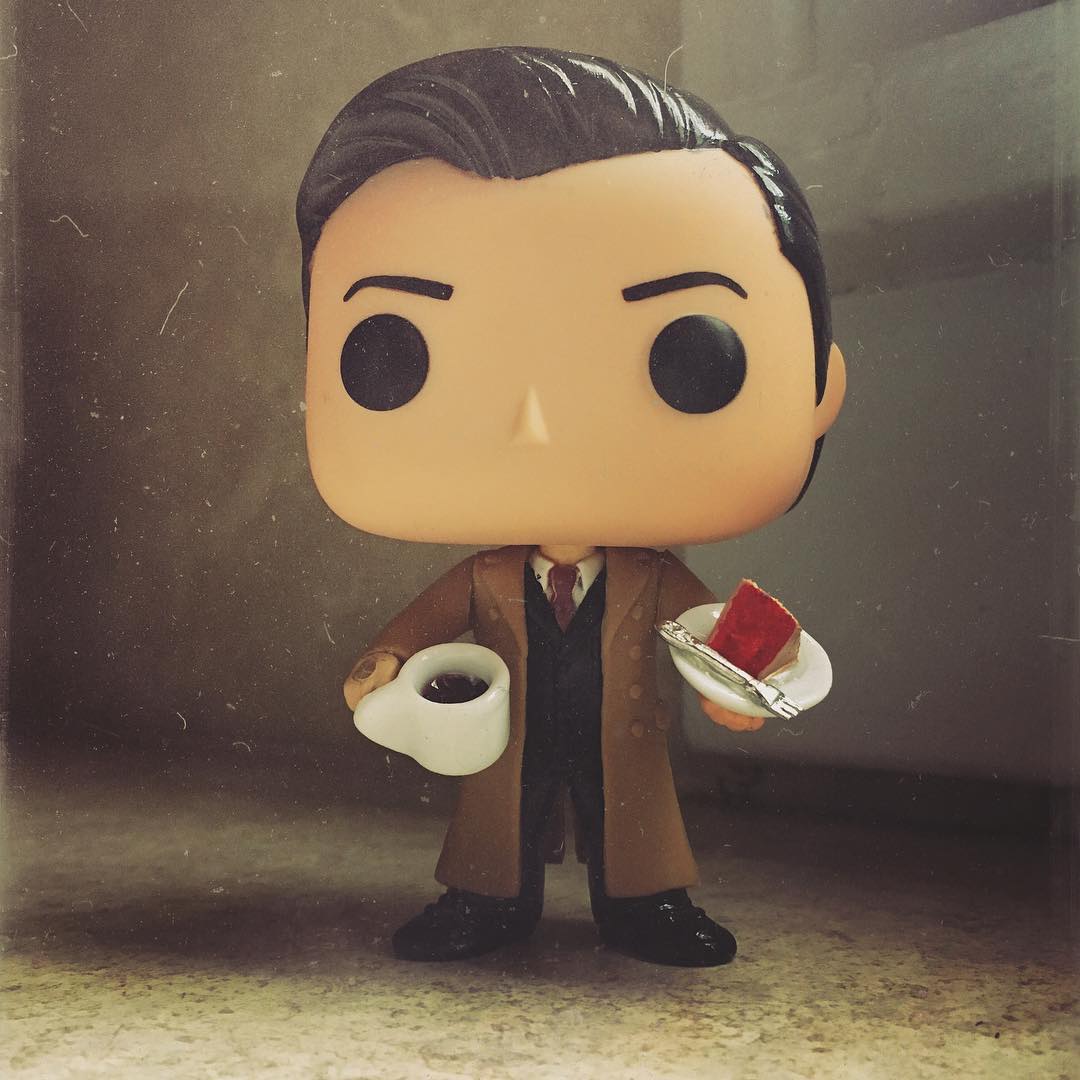 Twin Peaks, the 1990 hit television show, was getting to be a bit of a nostalgia trip for most people. That is, until Season 3 hit the airwaves on Showtime and brought the surrealist soap opera back into the public eye.

Fans have been highly anticipating the third season of the show, and seem to be ravenous for anything Twin Peaks related. As such, I thought it might be a good time to take a look at some of Twin Peaks games and accessories, in case you are jonesin’ for even more ways to connect with everyone’s favourite mythical town that sits somewhere along the Canadian border!

If you’ve visited any retailer of media-related merchandise in the past couple years, you’re probably familiar with the Funko Pop Vinyl figures. Typically made with an exaggerated head size, black beady little eyes, and a minimalist image that perfectly captures the essence of the character; these figures are a strange-looking as they are adorable. You can get Vinyl Pop figurines now for just about any popular movie, video game or cartoon and Twin Peaks is no exception. For instance, the Dale Cooper figure is so cute with his expressionless gaze, damn fine cup of coffee, and a reassuring thumbs up. Originally released in 1991, the Twin Peaks Murder Mystery board game has each of the players take on one of the characters from the TV show and try to uncover which character BOB has been using to commit his murders and takes approximately two hours to play, start to finish.

In order to win a player must: collect 12 donuts; collect the five pieces of the Pentagram Deathtrap; collect four suspect clue cards, all bearing the same suspect name but also bearing identical poker suits or one of each suit. While this sounds like it should be an instant hit, which gives players a chance to recreate some of their favourite moments of the show; it’s mostly received negative reviews, saying that even most die-hard fans would manage a play through start to finish and beyond that their interest would only be to have it as a collectors items.

The negative feedback cites the game as being tedious to play and that the production felt rushed during the show’s popularity and because of these there are some game mechanics that simply do not work. That said, it never hurts to try things for yourself and how bad could a game with 75 donut tokens possibly be?

For those not yet introduced to Card Against Humanity: this break away hit card game first released in 2011 became an instant hit, presenting itself as an offensive, non-politically correct party game with gameplay rules closely mirror that of a family friendly card game, Apples to Apples.

There is now an unofficial fan made expansion of Cards Against Humanity called Peaks Against Society which includes 36 new cards that you can include in your next Card Against Humanity Game. There are some great cards in this set which represent some of the most iconic lines from Twin Peaks, one example is “Harry, I’m going to let you in on a little secret. This expansion was created by cultclassicposters.com and is quite a rare find as there has been limited productions of the cards; but some lucky fans would have received cards autographed by Sherilyn Fenn or James Marshall. Since it’s initial release there has been limited production of these cards, so anyone lucky enough to find a copy of these cards should hold on dearly.

Black Lodge is ab Atari-style fan made game created by Jak Locke which combines the author’s love of both Twin Peaks and retro gaming. In this game which is available both for Mac and PC, players take on the role of Dale Cooper as he tries to escape the Black Lodge. However, the task will not be easy as you are not alone in the Black Lodge, there is at least one doppelganger who is after you, enemies, and maybe even some friends.

This game released in 2011 is wonderfully stylized and a throwback that’s definitely worth a play.

Here’s a taste of that game in all its glory. Initially imagined as Twin Peaks themed beer labels, Benjamin Mackey received an overwhelming amount of positive feedback on the initial designs but was encouraged to take the project elsewhere. This project was initially funded as an Indiegogo campaign and was funded 1472%. In this set you can see some of your favourite Twin Peaks characters reimagined as the different tarot arcana: Detective Cooper as the Magician, Sheriff Truman as Justice, the Log Lady as the High Priestess, and Benjamin Horne as the Emperor.

Of course, the list of Twin Peaks related memorabilia goes on, but we’ll leave it up to you to find out what else is out there. Because, as you know, once you enter the world of Twin Peaks, you’re probably going to stay a while, and, perhaps…never leave.