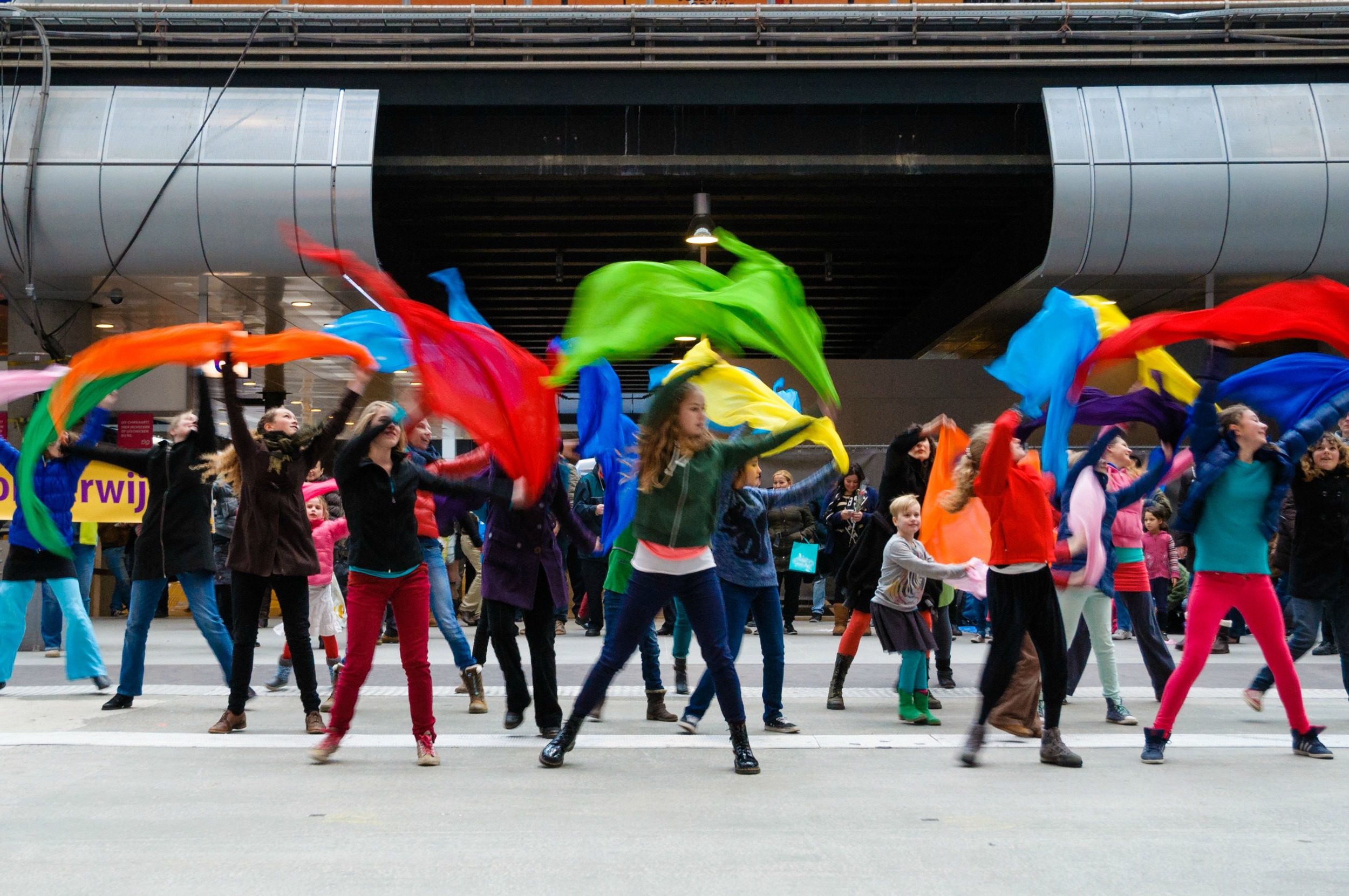 Historically speaking, the word “mob” has been associated with acts of violence, or at the very least, social upheaval.

You’ve probably heard of an “angry mob” before, in reference to a group of angry people toting pitchforks and torches, usually motivated to march based on some socio-political injustice or another, perceived or real. 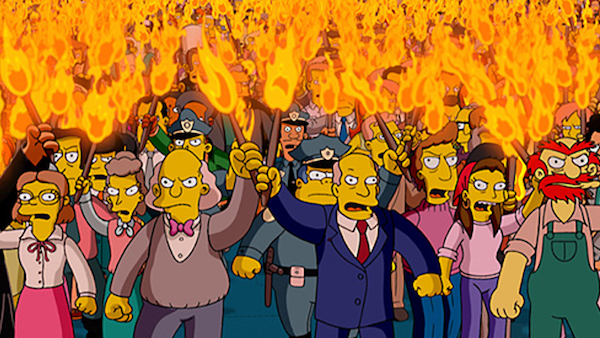 A “flashmob” is essentially a reclamation of the term “mob” by putting a much more positive spin on it in the form of performance art.

Generally speaking, a “flashmob” is a gathering of a certain number of people that takes place in a public space that happens seemingly mysteriously and lasts for ten minutes or perhaps less, with the intention of surprising, delighting, and sometimes confusing onlookers.

These gatherings came to be popular as the age of social media and smart technology grew, allowing for people to more easily connect, and more easily organize such a spontaneous and exciting event as a flashmob by way of Facebook group, or a flurry of texts. 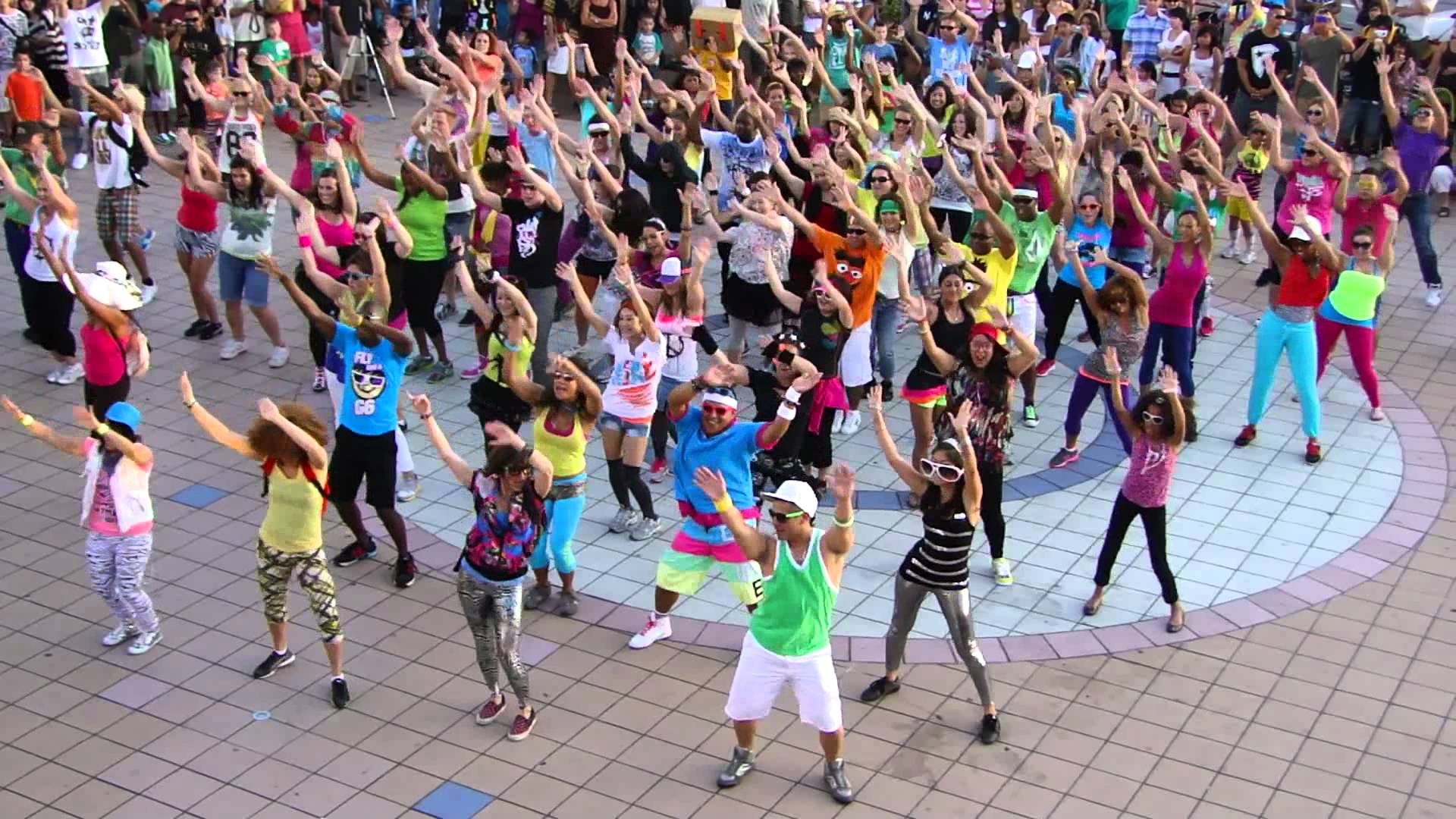 During flashmobs, people dance, sing or just freeze in place, not moving for a couple of minutes.  As such, flash mobs do have some connection to the idea of musical theatre, in their exuberance and choreography.

This gives the general impression to anyone watching that these flash-mobbers showed up out of nowhere, almost like magic, and then disappear without any trace.

Flash mobs can be for artistic sake, for fun, or they can be for the purpose of advertising some event or product.  They can even be political.

Generally, however, flashmobs capture the spirit of fun in any populated location and change the whole atmosphere of that place, which may otherwise be mundane, into something exciting and unifying.

Here is an example of a flashmob in action.

Officially, the first known flashmob happened in 2003, when a senior editor of Harper’s Magazine – Bill Wasik – anonymously organized one in Manhattan, New York.

Here is Bill speaking on his idea of what flashmobs are all about.

That first Manhattan flashmob turned out to be a well-executed event, that attracted participants to come before any action occurred to a few different bars, located near the place where the flashmob occurred, where they got more information about what to do just before the start of an event.

Around 130 people spread through the Macy’s store by looking for a “love rug” for their suburban commune.

According to Wasik, he just wanted to create a type of social experiment that lampooned the next “hot new thing”, in a very American way of always looking for the next big event or cultural change.

As a result, flashmobs became a rather powerful for people in the US because the tradition of public space in the country was seeming to be lost, and, if nothing else, flashmobs expressed a way to reclaim public space, if only for a short time.  In some ways, this could seen as a “fight the power”, “stick it to the man”, anti-corporate move.

Here is a popular flashmob production that has made the rounds on Youtube – maybe you’ve seen this.

While this flashmob happened outside, and has been inspiring people since it was performed and uploaded, many flashmobs occur indoors.

As you know if you are from an urban area, cities are known for their many shopping malls, where modern consumer people spend their leisure time.  To some, this is fine, and acceptable, while others take some issue with the concept of malls in one way or another, with one major reason being that a mall is a “public space” that is not actually public, and very limited in terms of how one might express themselves there.  It is typically not a place to be “free”.

For example if you were to try to express yourself in that public space, you would realize very quickly how non-public that space actually is. In fact, it is completely corporate and under strict control. 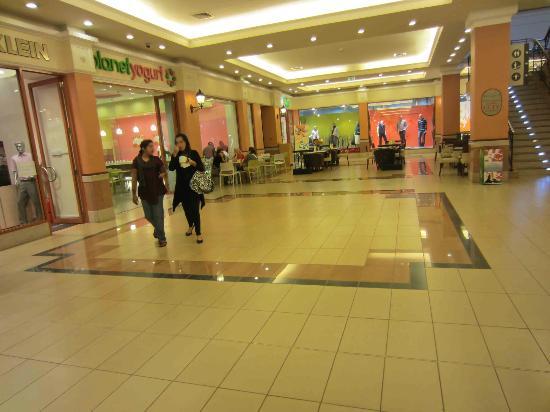 Yet, at the same time as a mall is a very controlled place, it in and of itself has the perfect characteristics to become a stage for performers to perform in.  The only problem is that malls typically do not allow for performances of dancing and music to just suddenly appear.  This is where flashmobs come into play.

Back in 2003, Bill Wasik was interested in what you can and can not do in regular public spaces in this day and age. He organized eight flashmobs that summer and what was astonished to find that by the end of that summer, the idea of flashmobs spread not only through the whole country, but abroad too!

Bill Wasik’s initiative evolved into something that he couldn’t control anymore – the cat was out of the bag, so to speak! – and so then transformed him into an observer of subsequent flashmobs.

After that fateful summer of 2003, the idea of flashmobs via the internet has spread throughout the whole world, becoming a true viral sensation.

What began partly as a bit of a prank and partly as a social experiment in New York City had now become part of popular culture, and the idea was being related via the internet and word of mouth, becoming a “thing”, as it were.

From school performances to political protests to advertising and promotional events – flashmobs as a creative way to express people’s ideas have become popular all around the globe. 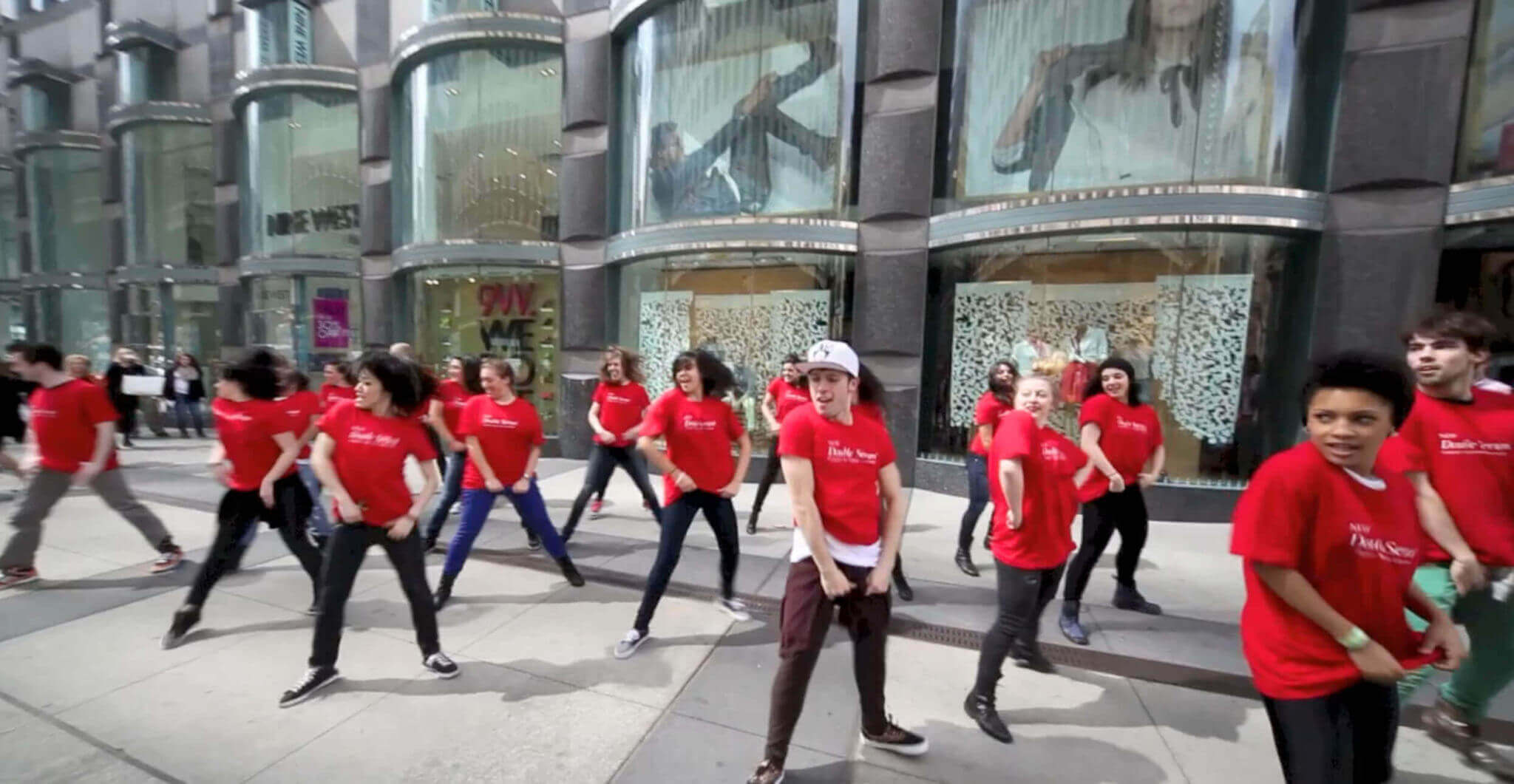 One of the main reasons why flashmobs become popular around the world is that they are unexpected and catchy. It affects the viewer in a positive way – he becomes not only an observer but also a participant too.

Because of the flashmob’s tendency to be quite memorable due to their surprising nature, they are a great way to promote something in advertising.

T-Mobile, a german communications company supported a flashmob that took place in Liverpool Street Station in 2009.

Suddenly people from the crowd started to dance to popular music hits by involving more and more people. It brought joy for people and was a unique way to promote a company’s brand.

Train stations are also very suitable places for flashmobs because they are spacious and always have an audience. Another huge flashmob was created the same year, 2009, this time in Antwerp, Belgium central station when 200 people danced according to legendary musical “The Sound of Music” song “Do Re Mi”. This performance succeeded and became very popular on the internet.

In 2013 April in a shopping mall of Breda, Netherlands the famous painting of Rembrandt The Night Watch was recreated of a theatrical action of people dressed in 17th-century clothes. The main idea was to announce that Rijksmuseum, a Dutch national museum in Amsterdam is reopening after 10 years of renovation.

What started as a social experiment later become an important tool to express social, political, and cultural ideas, and gave an opportunity to everyone who is interested to participate in this vital global movement.

Flashmob as a political act

Since flash mobs had spread through different countries, various initiatives took the idea and used it for their purposes.

In 2013 Members of the European Parliament together with an activist Eve Ensler initiated a flash mob, which was dedicated to ending violence against women. This particular flashmob encouraged others to organize flash mobs not only in Brussels but in other places too.

Another famous flashmob also appeared in 2015 in Kyiv, when a crowd of Ukrainian people together at the same moment fall down and lay on the ground for one minute.

The idea was to show how many people suffer and died during the Ukraine-Russia conflict. Both countries are still participating in the military actions against each other, so peaceful reflection of those events could send a very powerful message to the world.

In 2019, during the protests in Hong Kong, demonstrators used a flashmob technique – they popped in different locations in small groups because that allowed them to disappear quickly when police came to act against the protesters. They also made flashmobs during which they sang symbolic resistance songs.

Thank you for reading this article about flashmobs.  If you have seen or been a part of any flashmobs and you’d like to share your experience, please mention it in the comments below.

MORE FROM THIS SITE

What is Yarn Bombing? About the Guerrilla Knitting Art Movement

What Is Street Art? Its History, Definition, Purpose, and Importance

What Is Installation Art? Description, History, and Prominent Artists