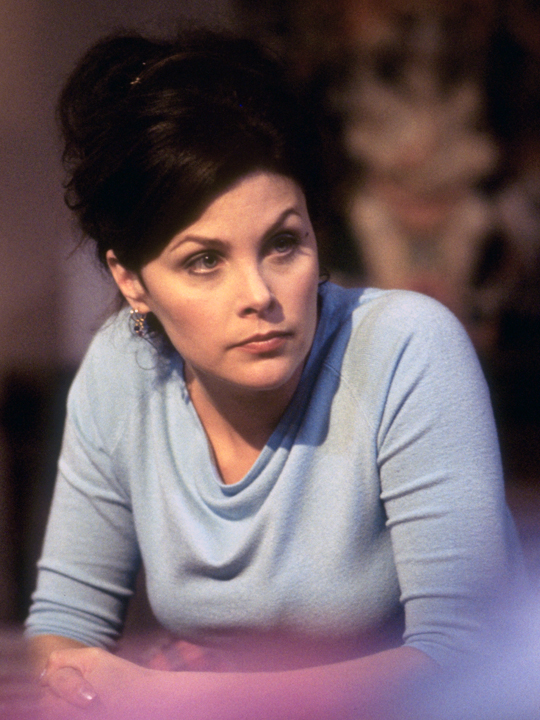 In the original Twin Peaks series Audrey Horne was everything you could want in a character and more.

From the moment she first appears on camera, her two feet dangling from the car, there is something about her presence that informs the audience that she is someone to watch out for. Throughout the original run of Twin Peaks we see many sides of Audrey Horne: we see a bold teenager with a sexy and devious nature which is contrasted when we see her softer more vulnerable side.

What’s most unforgettable about Audrey Horne through was the bravery and resourcefulness she showed attempting to assist Dale Cooper solve the mystery of Laura’s death.

With her mainly absent from the new season of Twin Peaks, I put together a list of TV shows with Sherilyn Fenn so Audrey Horne fans can get their fix.

1. Queenie on Shameless (US) Now into its X season, Shameless was a sleeper hit which over the years has won over an ever expanding audience base.

Sherilyn Fenn appeared in a re-occurring role in season 6 as Queenie Slott, mother of Samantha Slott and ex-girlfriend of Frank Gallagher.

Displaying a sort of duality much like Audrey Horne, Queenie is woman who is confident, adventurous, and strong all while being a calm and nurturing healer type for the Gallagher family.

When she first arrives, it’s clear that she and Frank are still very attracted to each other and a romance sparks between the two and she takes her turn having a role in the Gallagher household before leaving again. It’s a heart-felt series that explores family, friendship, dating, and social issues. It has been highly acclaimed by critics and is a fan favourite with a cult following of women behind the show.

Sherilyn Fenn plays Anna Nardini (mother to April Nardini) who is a single mother and in many ways similar to Lorelai. At first, Anna is agreeable to Luke being part of April’s life but later moves to New Mexico and wants to take April with her.

Through this we see Anna go from a protective mother who is trying to maintain a relationship with her ex-boyfriend to trying to cut him out completely.

3. Nora Griffiths on The Outer Limits For those drawn to the more science fiction elements seen in Twin Peaks, this is definitely a role of Fenn’s for you to check out. In this episode Fenn plays a young woman named Nora and her clone.

In the episode, Fenn’s character tragically goes into a coma so her husband, a bio-geneticist clones her illegally.

When Nora wakes from her coma, and if reunited with her husband it is unclear what should be with Nora’s clone and a dangerous game of cat and mouse is played between the couple who are trying to get rid of the clone and the clone who wants to live.

Be sure to watch this episode of The Outer Limits to see if Nora and her clone have the same resourcefulness as Audrey Horne. Rude Awakening was a single camera sitcom series that aired on Showtime and starred Sherilyn Fenn as Billie Frank. In this show, Fenn’s character is an alcoholic, out of work former soap opera star.

The show is about her attempts to become sober and get a writing career off the ground all while struggling through her self-destructive habits. Billie Frank appears as a strong-headed, promiscuous woman, who can be quite rude.

However, as the audience follows her through the three seasons of the show, they see that there is more to her than that.

Eventually we see the software, warmer, affectionate side of a woman who’s trying to come to terms with her life and do the best she can with what she’s been given. Sherilyn Fenn appears as a guest character in a few episodes in season 5 of Dawson’s Creek as Alex Pearl.

Dawson’s Creek featured many former Twin Peaks actors throughout the series. Alex Peal is the manager of the restaurant where character Joshua Jackson works.

Alex initially appears a bit cold and stand-offish, she informs Audrey and Pacey that the restaurant has been sold and as part of the restructuring some staff will be let go. Later on, Alex formally introduces herself and apologizes to Pacey.

In this role, the audience can see Sherilyn as feisty and seductive as ever.