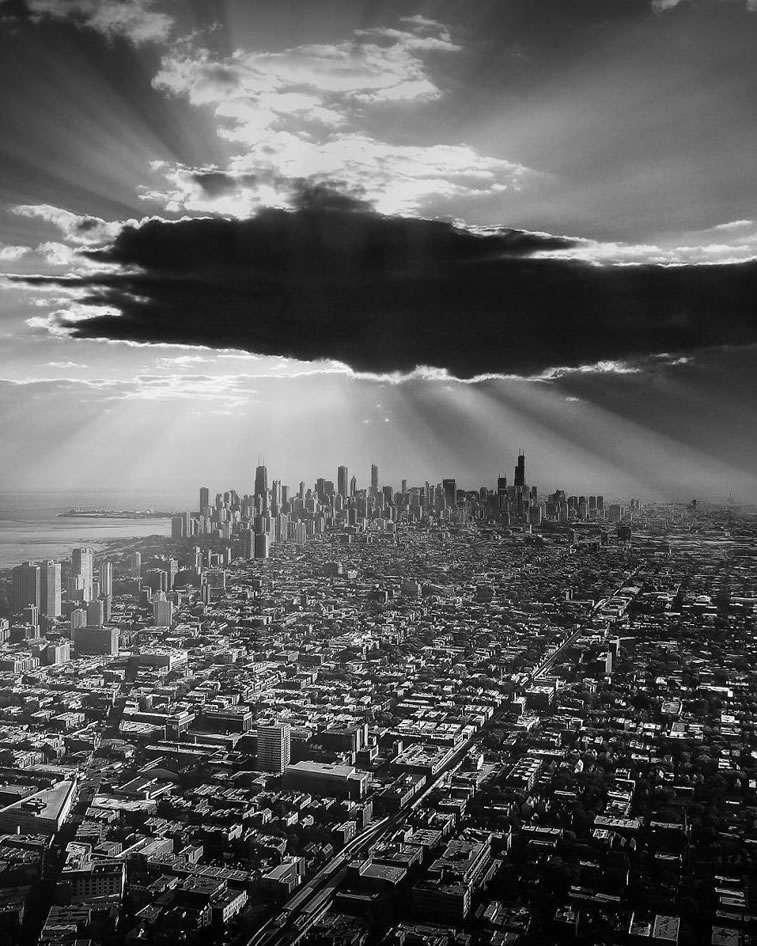 Jason M. Peterson is an American digital and mobile photographer who has come upon the photography scene in recent years, taking the world by storm with photos that play off the drama of darkness and light, and overall capture the majesty of the human experience.

He is also, in the best sense of the word, a “hustler”. 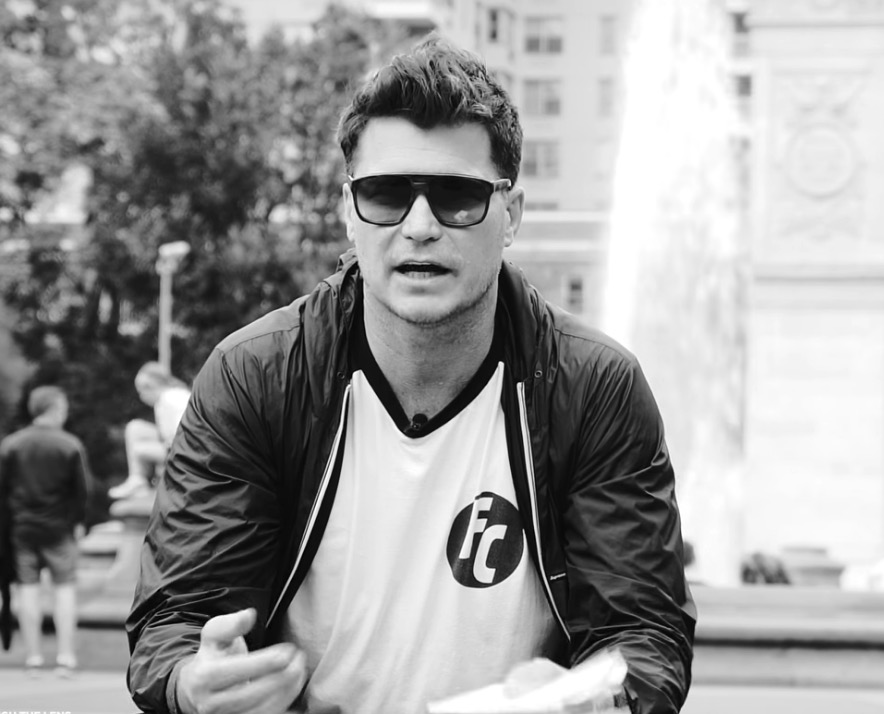 For his photos, Jason uses a strictly black & white technique, which was a style foreseen by the artist early on, and which is now seen by millions of admirers online and offline.

Rising to prominence via Instagram, Jason is part of the online movement of late, where people with amazing but previously uncelebrated skill seemingly rise to notoriety out of nowhere, due to a growing popularity, undeniable skill, and nascent social media presence. 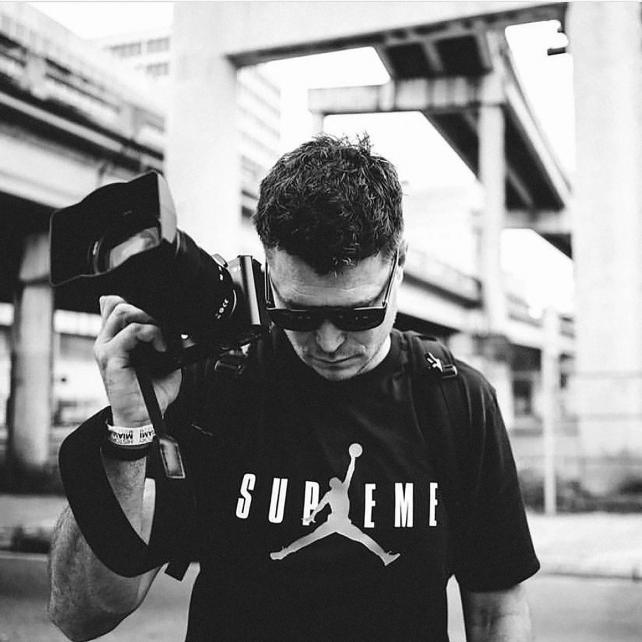 Jason is also the chief creative officer at Havas, a multi-national ad agency.

He is a creator who clearly has the ability to straddle several worlds at once, from gritty stark street photography which broods with human drama, to a futuristic style that puts people into the context of the world we live in, to a more corporate lifestyle centred around his ad business. In this latter regard, he has worked with the Chicago Bulls, ESPN, and PacSun, to name a few organizations of note.

Jason M. Peterson was born on 20th November, 1970, in Phoenix, Arizona. He started to delve into the world of photography by way of its history when he was in high school.

Early on, his methods of taking photos were no different than your typical photographer, using a camera and film, since that’s what was available at the time – all the while he had this burning desire to deliver quality results faster and better, in a more impromptu, temporal, and guerrilla way.

At first, none of this was not possible, creating some frustration for the artist, who simply wanted more freedom to work according to his creative impulses.

Still, in his mind’s eye, Jason pondered the legacy of his artistic heroes, such as movie-maker Stanley Kubrick and photographer Harry Callahan, whose high contrast work that he did many decades before made a huge impact on Peterson’s style (see below). 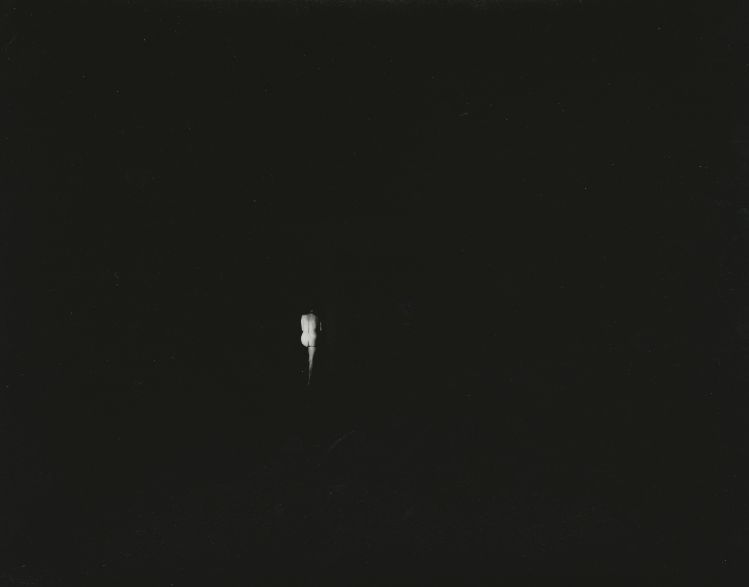 Early on in his evolution as an artist, and prior to the social media boom with mobile apps like Insta and Tumblr, there didn’t seem to be a way to be a truly “modern” photographer in the sense of applying the new mobile technology that was capable of beginning to combine phones, computers, and cameras into one convenient package.

Jason wouldn’t find a solution to the ADD-satisfying instantly epic results he desired until some time later. 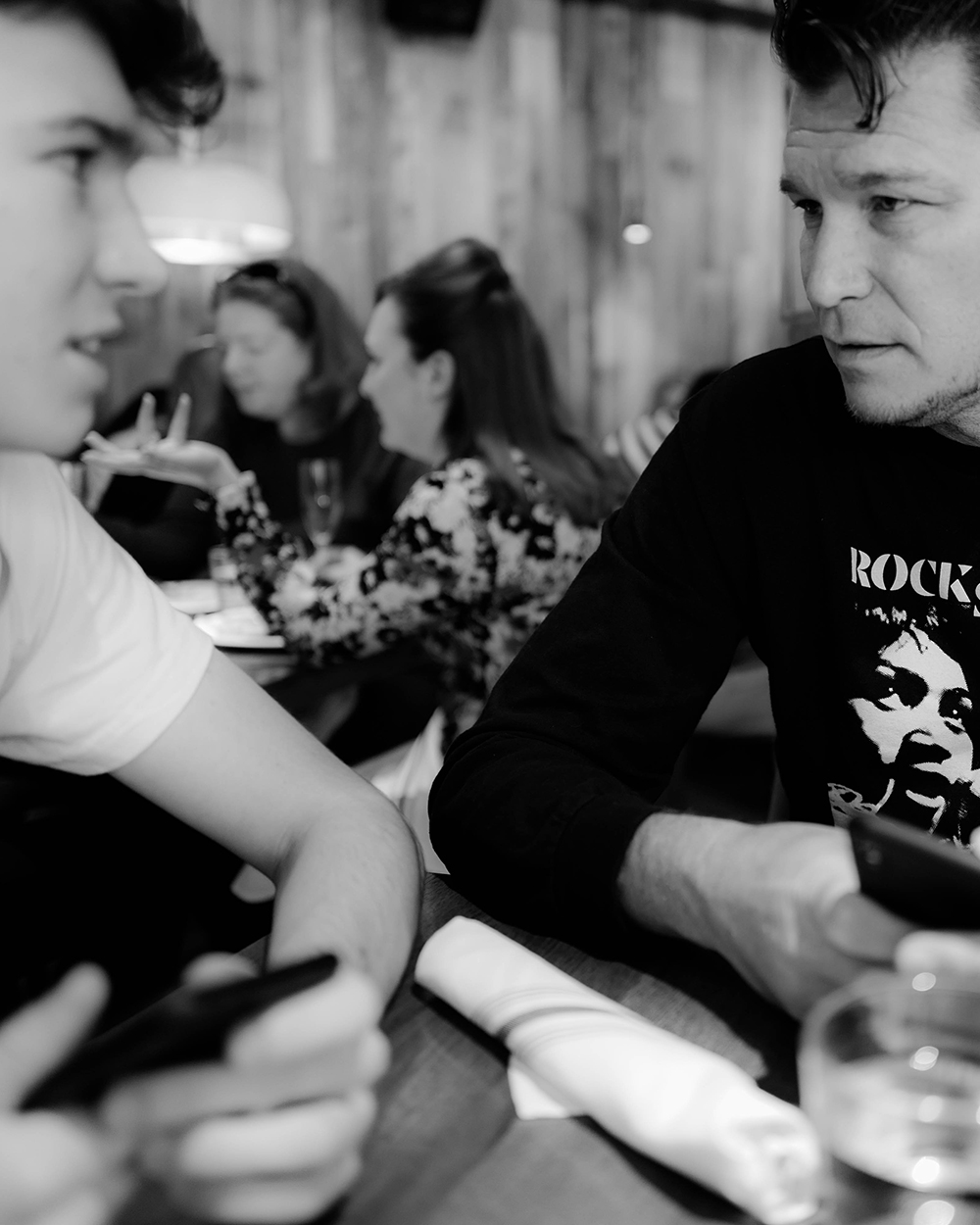 After graduating from high school, he studied history and design at the University of Arizona, where he made forays into fashion and urban photography.

One of the first things he captured photographically in his search for an artistic aesthetic was punk rock bands performing on a stage, since Jason himself was a fan of this type of music, and could easily spot the drama inherent in this style of performing. 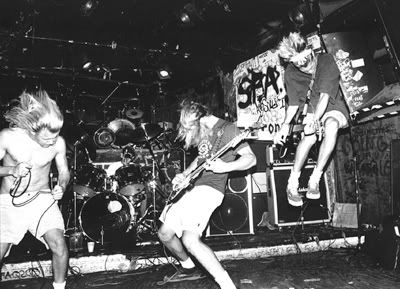 In the beginning, he was using more conventional methods of photography, resisting digital photography as it appeared to be too obviously digitally made and inferior.

It took him some time before the technology caught up with his desire to actually use it.

Like many professional photographers, before starting to use social networks to promote his work, Jason M. Peterson was skeptical.

The Instagram platform, for instance, seemed to him to be a hipster haven with no appreciable value to him or his work. 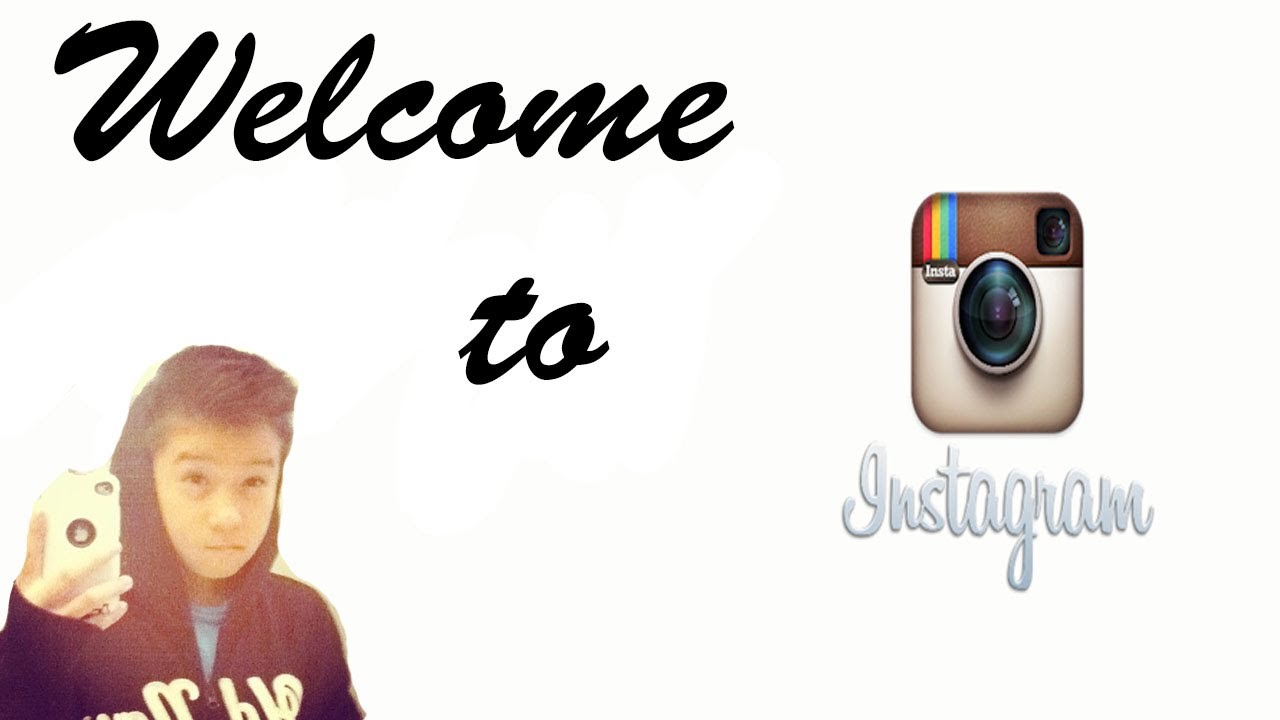 At the behest of a friend, he tried it, and soon, he was hooked.

After posting his first few pictures and getting likes from strangers all around the world, he quickly changed his mind – from there it became a game he could relate to, and a platform where his rapid fire photography of urban life and human interaction and expression might take shape.

Once the mobile phone technology finally “arrived”, as it were, in terms of camera quality, Jason was quick to embrace this new technology, where he could do his work in a very “in the moment” style, capturing exactly the combination of subject, light, and shadow, that he wanted.

The results he was getting, started to speak for themselves.

Jason was quick to brand his Instagram page as a ready-made portfolio of his classic, high contrast, black and white images, and the world began to take notice.  Posting daily helped.

As he continued to evolve, he began to develop a more “timeless” technique, where everything he took seemed to rival his heroes in terms of composition and aesthetics, gaining an increasingly epic quality with an eye for details most would miss.

Now, to get the perfect shot, all he really needed to do with be out in the world, and the world would present to him shots that no one else but him could see or get.  Contrast, angles, subject, meaning – it all began to coalesce into what became his signature style. 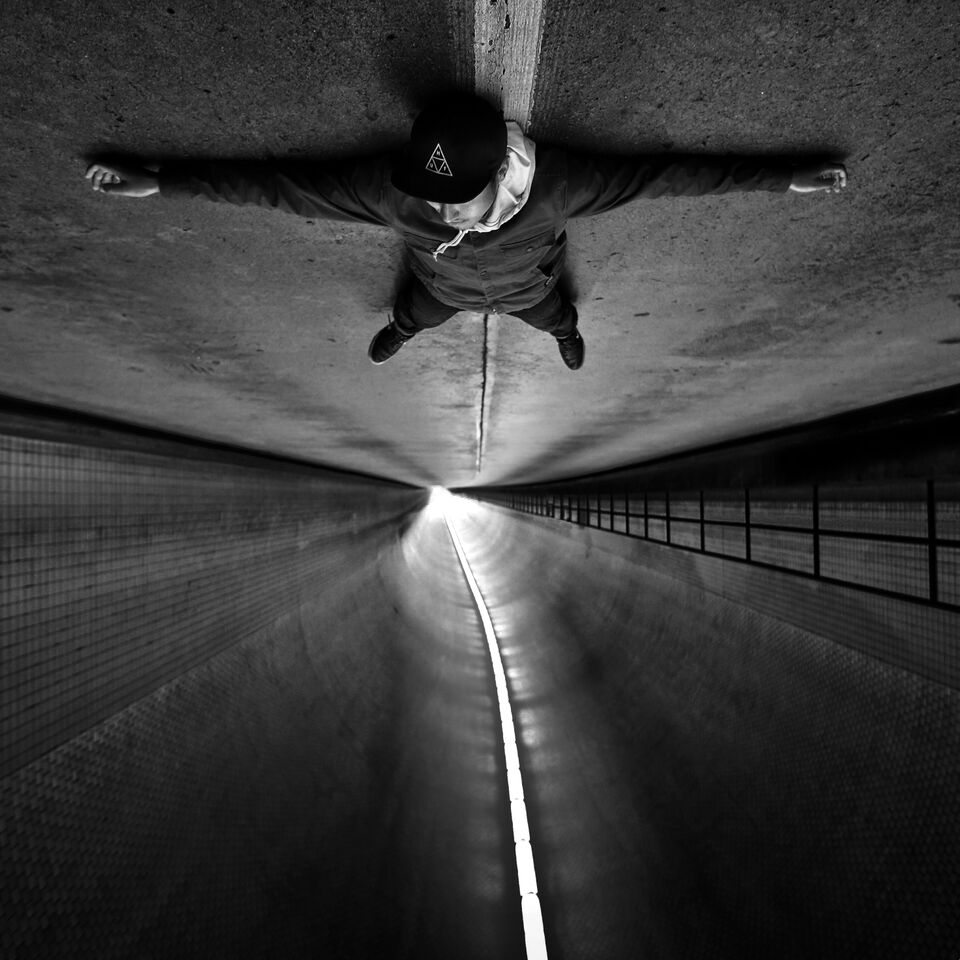 As time went on, he began to create with both expensive technology, and then different mobile technology and apps.  The world had opened up to him, and nothing was off limits in terms of achieving his photographic and artistic visions.

Jason began to truly embrace the freedom inherent in taking photos with a mobile device.  The devices were able to deliver the goods, and Jason M. Peterson became almost a medium between the “shot” and the camera lens.

After twenty years of living in New York, Jason M. Peterson moved to Chicago and became a nonofficial ambassador of this city. 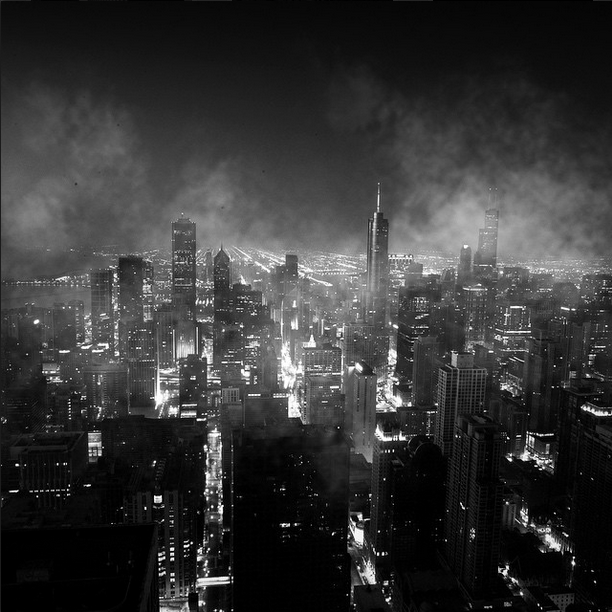 Jason has no qualms with sharing with the photography community exactly what camera and settings he uses, and which places or spots he visits.

Jason wants that everyone would have the option to do what he’s doing, but in their own way.  Since so many people have phones capable of taking incredible shots these days, there is no reason that people can’t do this for themselves, if that’s their wish. 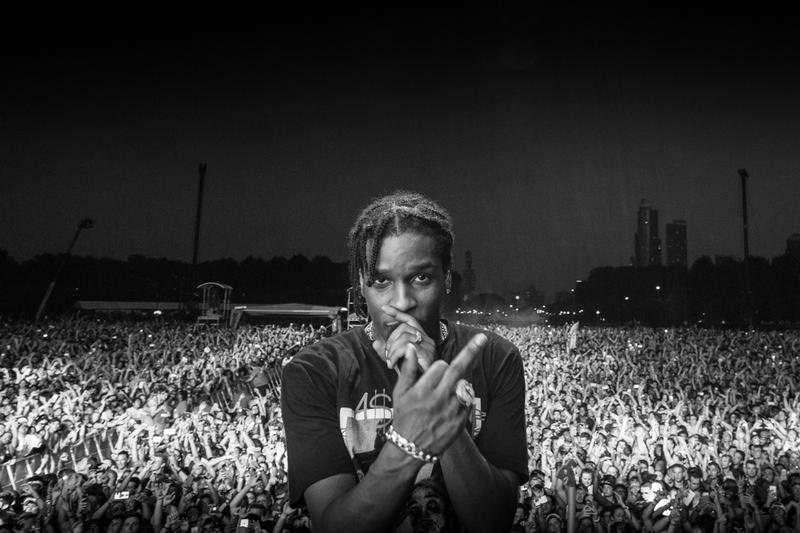 Jason has joked that he probably did more for Chicago’s tourism than all tourism campaigns combined, because everyone who follows his works on social media think that Chicago is amazing place to visit and they want to go there.

Seeking to improve his skills every day, Instagram has given Jason M. Peterson the ability to streamline his efforts, and progress in a way that is pleasing to him. 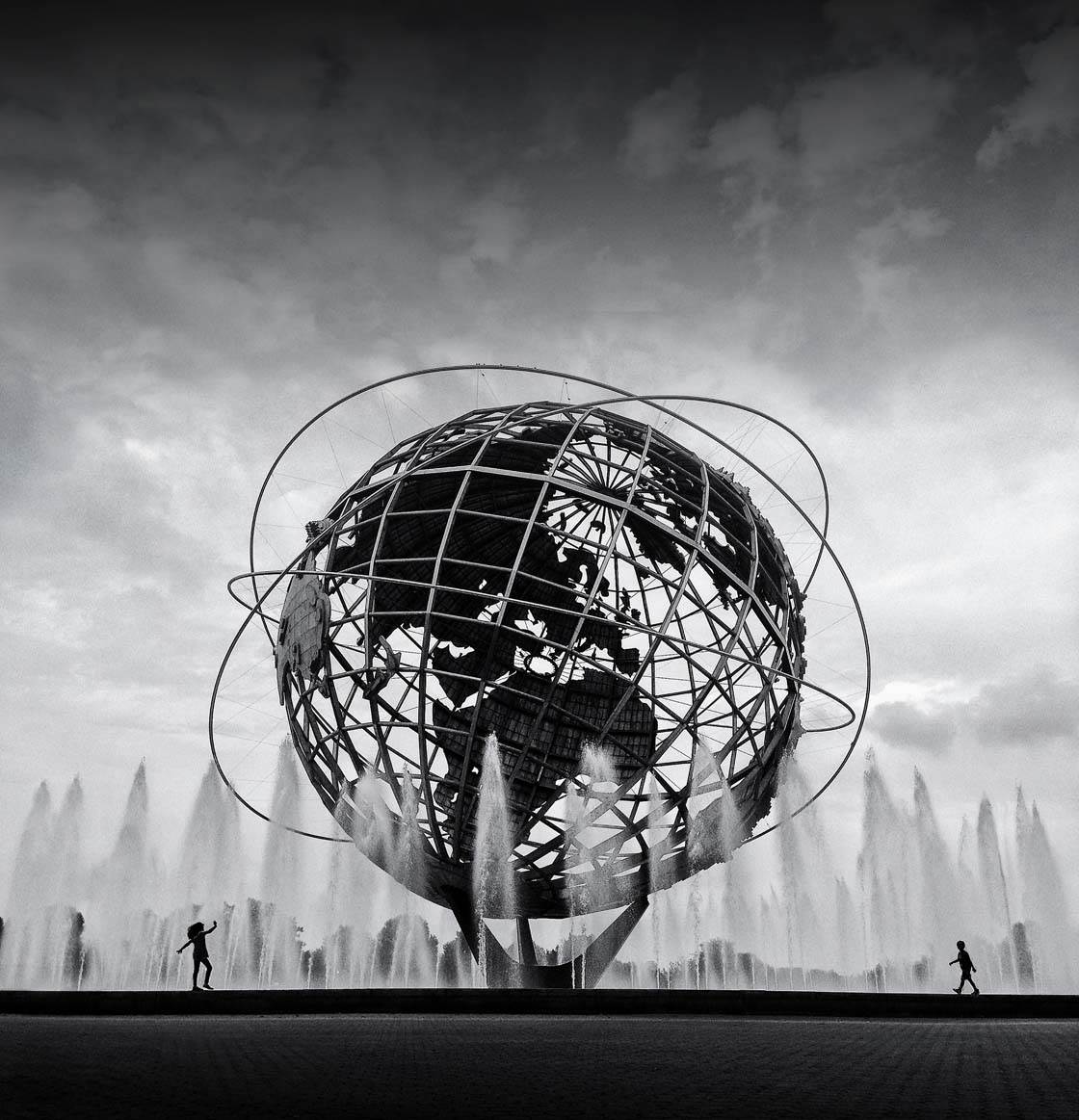 Keeping in mind the philosophy that new work should be, even in a small way, an improvement over old work, keeps Jason’s work ever-evolving, as he continues to capture the world in a way that has people in awe.

“Wherever I’m at, I’m just looking around and I’m just watching life happen. There will be light shining off a building, and there will be a little reflection that people are just walking by with their Starbucks not noticing. I’ll just stop and look at that light and wait, wait, wait, wait, wait. I’m late all the time, to everywhere I’m going. I’ll sit there and wait for some weird small little life moment to happen right in that light, and then it’s like literally one shot –  boom, I got it. And that’s it. But it’s like these little moments that happen in urban life all the time that you miss.” 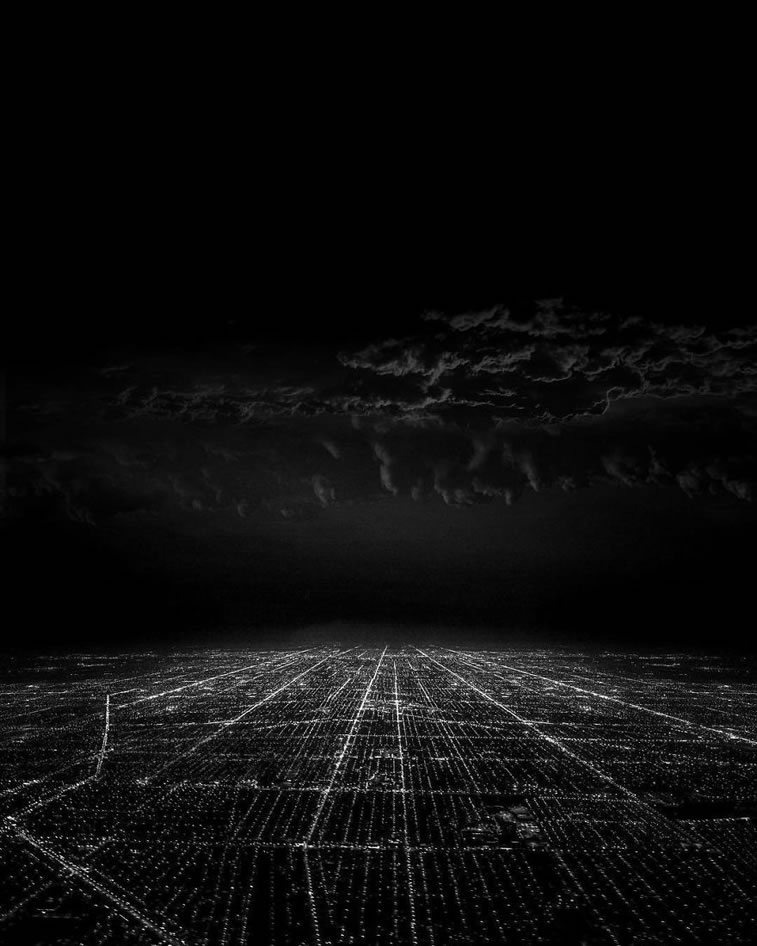 “I think the number-one thing is, do stuff that you really love to do. Don’t follow other people. Be true to your vision or what your passion or talent is. I shoot photographs every day, and people are like, how long did it take you to do that? And I’m like, I don’t know, like two minutes? Because it’s what I do. I’m really passionate about it. I think a lot of people are trying to force themselves into doing something that they may not even necessarily like or do or have a talent for. So I think the biggest encouraging thing is, figure out what your own voice is, and then just be about that. People will come along to that if it’s good.”