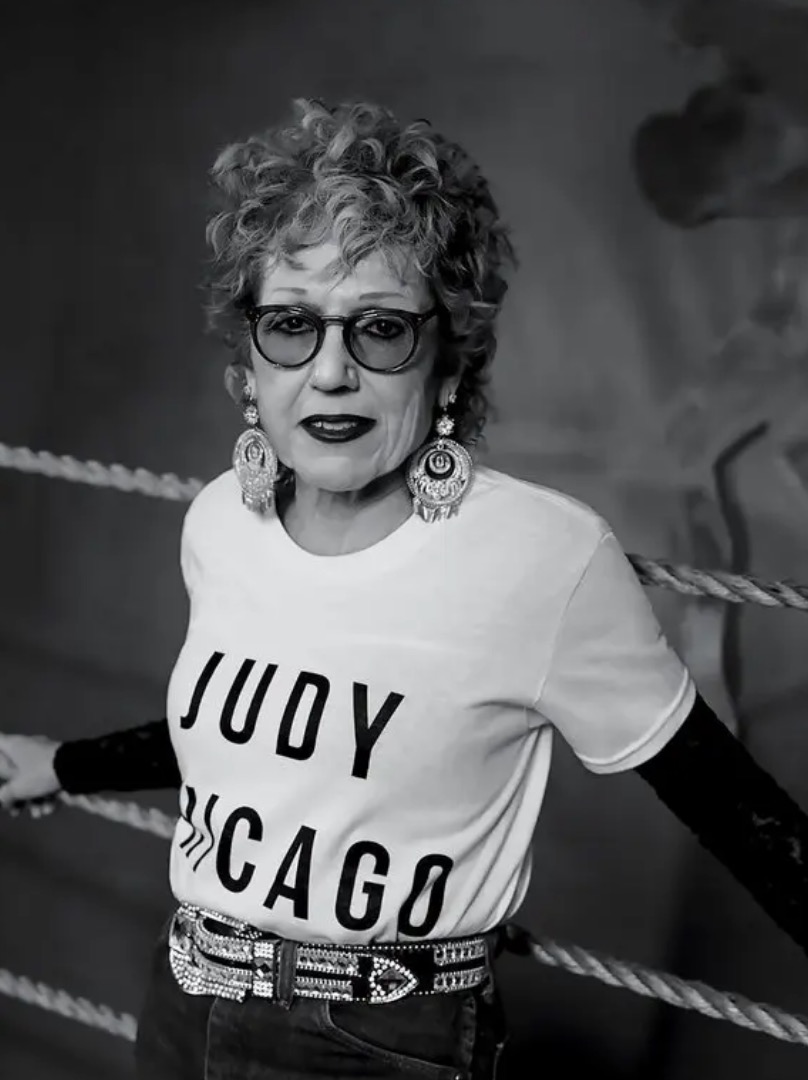 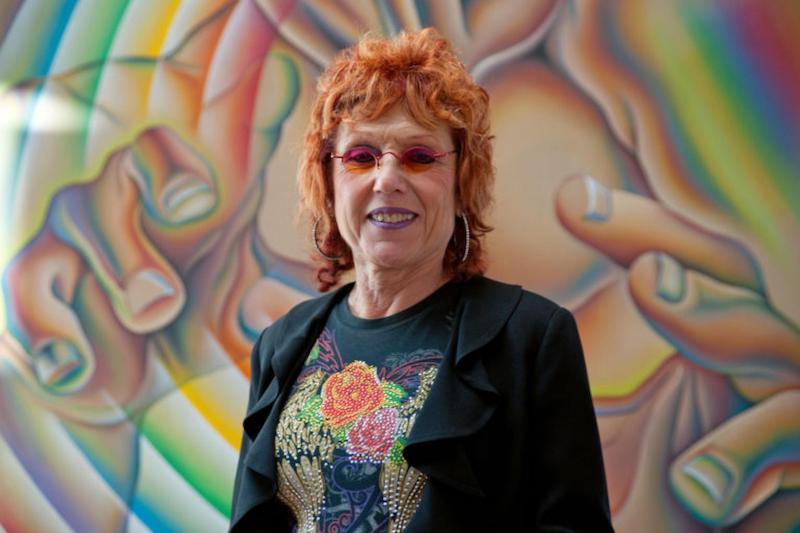 The Dinner Party, International Honor Quilt, The Birth Project, Powerplay, and The Holocaust Project are her most notable projects, and her art has been exhibited in the United States, Canada, Australia, New Zealand, Europe, and Asia.

Equal parts sculptor, installation artist, feminist, and harnesser of the zeitgeist, she has known her calling since a young age

Judy Chicago was born in 1939 in Chicago, Illinois. Heavily influenced by her mother’s love of the arts, at the tender age of three, Judy started drawing and attended some classes at the Art Institute of Chicago. 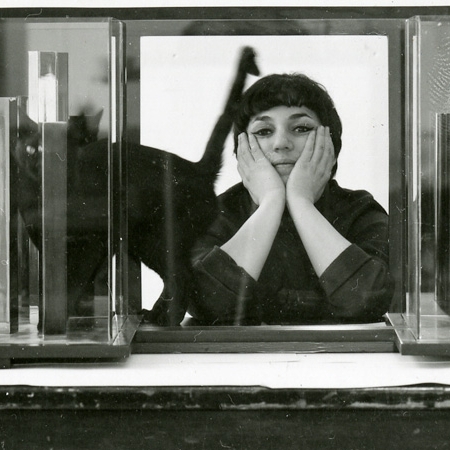 By the age of five, she knew she “never wanted to do anything but make art” and began pursuing her passion further.

“Once I knew that I wanted to be an artist, I had made myself into one. I did not understand that wanting doesn’t always lead to action.

Many of the women had been raised without the sense that they could mold and shape their own lives, and so, wanting to be an artist (but without the ability to realize their wants) was, for some of them, only an idle fantasy, like wanting to go to the moon.” 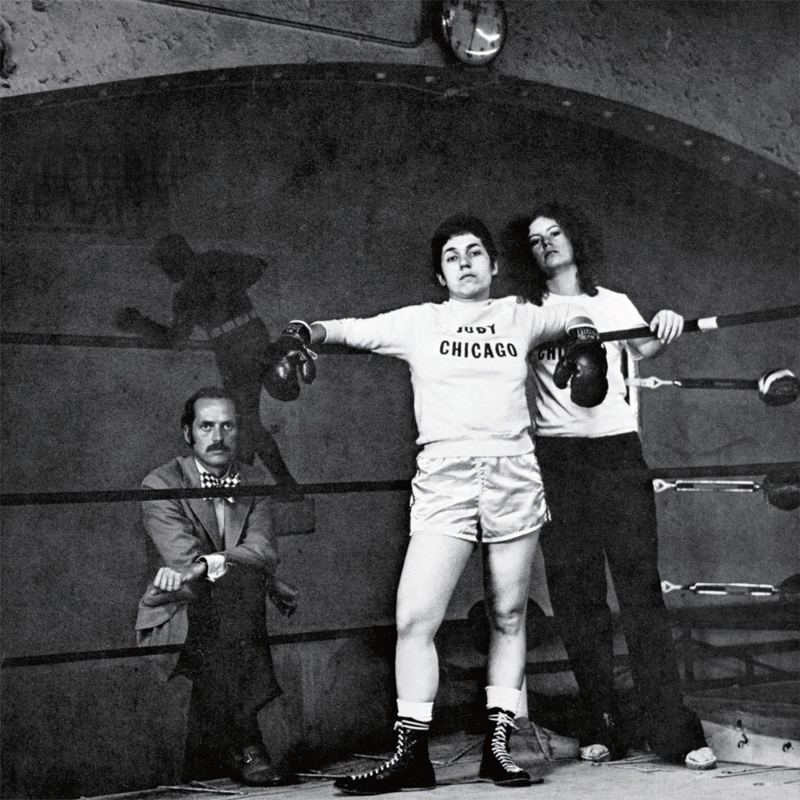 She attended UCLA on a scholarship and graduated in 1964 with her Masters of Fine Arts. In 1965, Judy held her first solo show.

It was at the Rolf Nelson Gallery in Los Angeles, and she was one of four women who participated in that show.

Judy refuses to participate in any show that has a ‘women’ or ‘Jewish’ label attached to it, like the California Women in the Arts exhibition, as she feels that there should be no labels attached. During this time, Judy began sculpting. 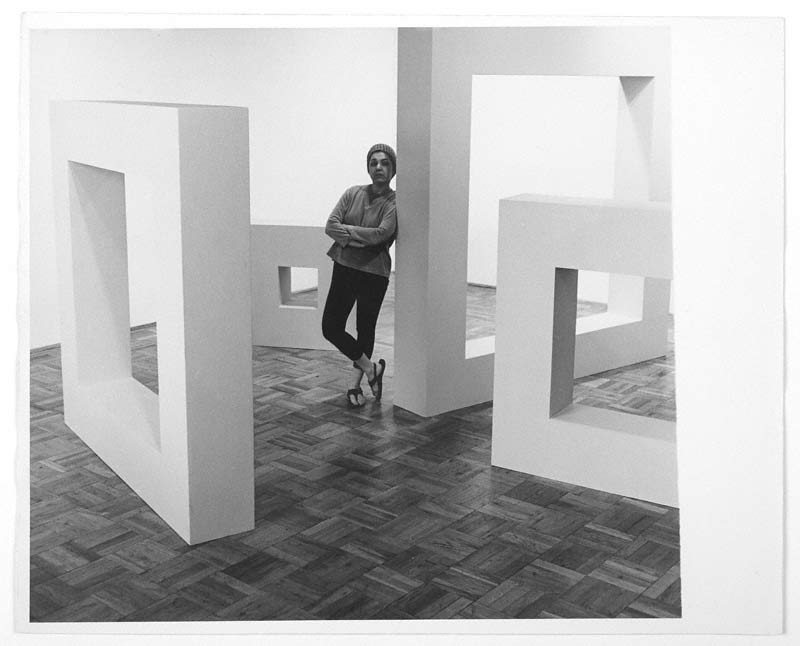 As she began her experimental gallery of sculptures and drawings that were, in her words ‘minimalist,’ Judy’s work was at the forefront of the conceptual art movement in LA.

She began experimenting with lighting, pyrotechnics, and smoke to create an atmosphere for her exhibits.

She wanted to feminize and soften the playing field, and she began exploring sexuality in her work, and this became a turning point for her craft. 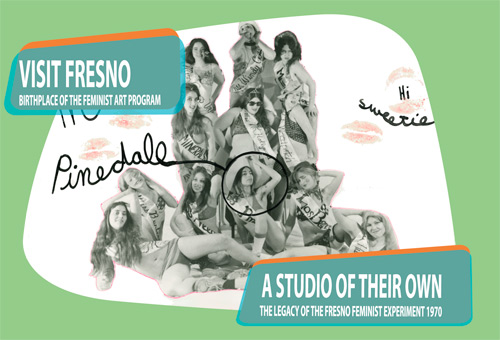 It was the first of its kind in the United States, and Judy Chicago and Miriam Schapiro would go on to renew the Feminist Art Program at the California Institute of the Arts.

Judy is known as a leader and pioneer of feminist artists, and for a good reason.

Womanhouse was a collaborative project that used the artists’ problems as women as inspiration.

“The aim of the Feminist Art Program is to help women restructure their personalities to be more consistent with their desires to be artists and to help them build their art-making out of their experiences as women.” 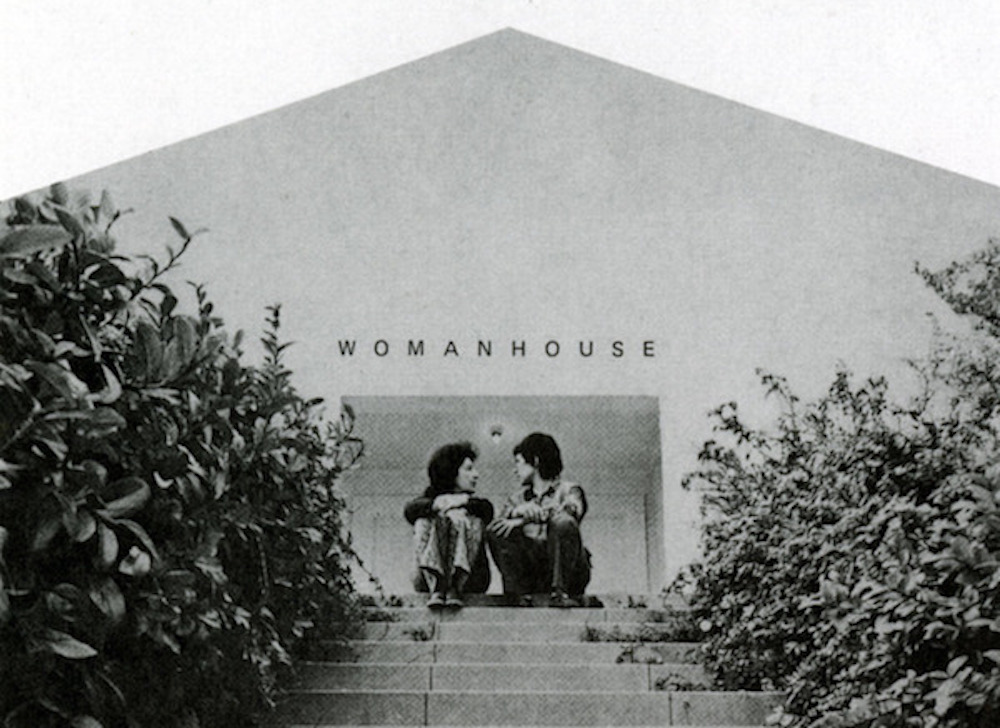 This project displayed Judy’s own identity struggle as an artist.

Judy appears in our feature article, What is Installation Art?

The Dinner Party, possibly her most famous work, has a permanent exhibition at the Brooklyn Museum. Five years and $250,000 later, this work is Judy’s triumph. 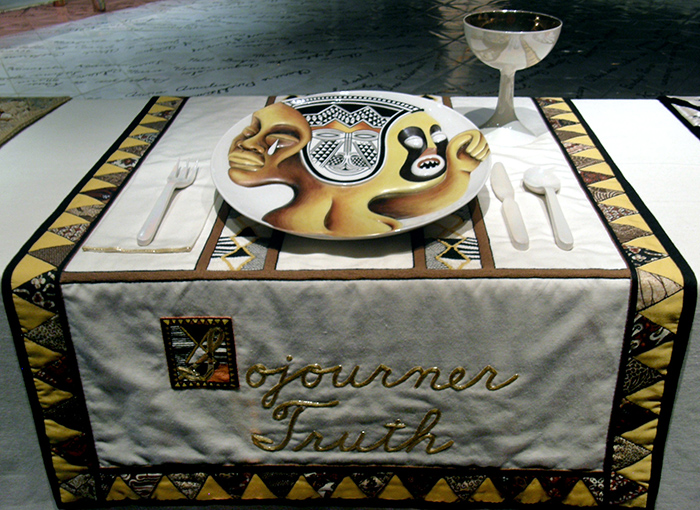 Tables set up in a triangle formation with 39 place settings, each commemorating an important woman in history. This piece took over the work of over 400 people to come to fruition.

Each place setting is unique, with a china plate that is hand-painted and deliberately embroidered runner. The floor beneath the table has the names of 998 women and one man who has made a mark in our history.

Each piece of artwork has an abstractly painted vulva-styled form. There was some resistance from the people in the art world for this piece, but at the time that it came out, it toured to 16 venues in 6 countries and is now a permanent fixture in Brooklyn.

The Birth Project took another five years to create, finishing up in 1985.

Judy realized that there were no representations of birth in western art or none that she could immediately think of.

The Birth Project uses the iconography of women giving birth to celebrate motherhood. While motherhood was not for Judy, she was inspired by women who choose motherhood.

After The Birth Project, she went back to independent studio work and created Powerplay, a series of drawings, paintings, weavings, bronze reliefs, and cast paper.

This piece explored the female gaze and how power has affected men.

The Holocaust Project, a collaboration with her husband, Donald Woodman, touched on her interest in male power in regards to the holocaust.

During this time, Judy became more interested in exploring her Jewish heritage, and her work began another shift.

In the span of eight years, she and her husband finished the piece that documented the victims of the holocaust, during a time she was facing her own personal loss.

The passing of her brother and her mother aided her in creating the visual and written art components of this piece.

The Holocaust Project explores the themes of victimization, injustice, cruelty, and oppression. There are a variety of mediums used in this project, including stained glass and metalwork.

Judy has penned many books in her career, and she has been included in numerous publications. Her work has been published in a variety of languages, so she still reaches a global audience. 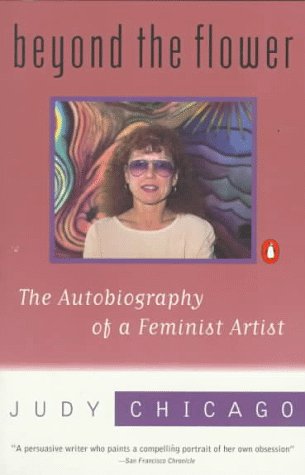 Her work has been the subject of articles, history texts, and her goal to create a piece of art history has been realized. Art curators and historians have studied her work, and the impact of her work will be reviewed for years to come.

At 81 years old, Judy is still holding exhibitions and talks scheduled into 2020. She even has an Instagram account that has over 31,000 followers.

She says “I love that so many young people follow my Instagram and come to my openings. It means that my work is still vital. When you’re old, that’s important.” 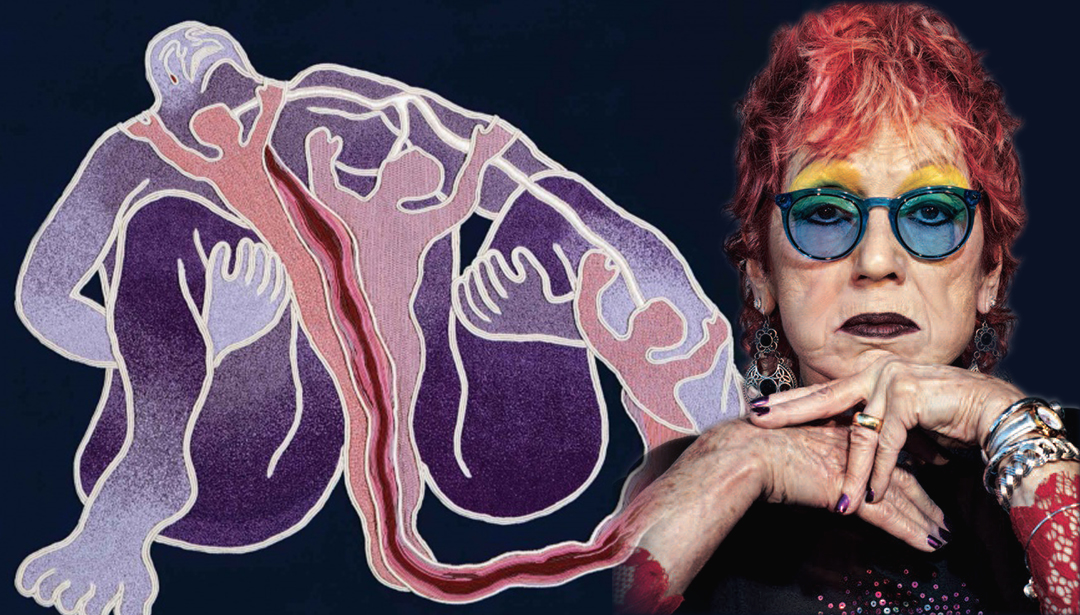 Judy Chicago has been a monumental contributor to feminist art, in a variety of mediums.

From her drawings and paintings to her incredible installation art of The Dinner Party, Judy has and will continue to inspire young artists for years to come.

1 thought on “The Life & Art of Judy Chicago”