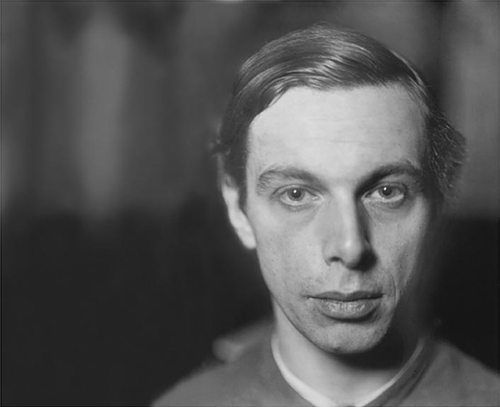 The new appearances are a defining trait of Kirchner’s work, but it is also shaped by the history of the period. Born in Bavaria, Kirchner thrived in Germany before World War I, but the growing tensions in Nazi Germany in the 1930s eventually led to his suicide. He was a founder of Die Brucke, or the Bridge, a key artistic movement or group that led to the Expressionist movement. Both a painter and a printmaker, Kirchner was interested in the works of many historical German artists, including Albrecht Durer and Lucas Cranach.

Die Brucke revitalized the tradition of woodcut printing, as part of their interest in German history and art history. The manifesto of Die Brucke stated, “Everyone who reproduces, directly and without illusion, whatever he senses the urge to create, belongs to us”. Kirchner’s Berlin studio was the center of Die Brucke. Models, part of their social circle, posed for the painters, and the overall atmosphere was free and open. Die Brucke thrived from 1905 until 1913, when the lives of the artists were shaped and changed by the coming of World War I.

Kirchner volunteered to serve, but was soon discharged due to mental illness. He was often in and out of care facilities thereafter, both for his mental health and addiction treatment, but continued to work throughout.

He was, prior to the dominance of the Nazi party, financially successful and well-respected by the art community. His work appeared in the 1913 Armory Show in New York City, and was collected by major U.S. He wrote that he was tired and sad, but that surely rumors of the torture of the Jews were untrue; he was especially bothered that his work, and that of Die Brucke, which had celebrated German tradition had been condemned as degenerate.

The Nazis included 25 of Kirchner’s works in the 1937 Degenerate Art Exhibit, and hundreds of his works were taken from museums and galleries. The Degenerate Art Exhibition was, according to the Nazis, designed to show works that “insult German feeling, or destroy or confuse natural form or simply reveal an absence of adequate manual and artistic skill”.

All of these works were from Weimar Germany, or Germany between 1919 and 1933. By the 1930s, Kirchner was living in Basel, Switzerland, but was increasingly worried about the actions of the German state. He was certainly deeply emotionally impacted by the Degenerate Art Exhibition and other actions.

Following the Anschluss or annexation of Austria in 1938, Kirchner shot and killed himself. He feared a German invasion of Switzerland. He may, also, have been deeply bothered by his own experiences in World War I, and worried about the potential of another, oncoming German war.

Kirchner relies upon bold areas of flat, often unmixed color applied quite boldly. The color choices and combinations are quite unconventional. Deep shades of red and blue are frequently paired with an acidic green tone, even in human figures.

His work was a reaction against Impressionism, but was influenced by Fauvism, and artists like Henri Matisse. While his work was bold, but fully pictorial early on, it became progressively more abstract over time. Throughout his career, Kirchner’s primary subject was the human form. He painted people, whether he was painting a street scene or an interior. His figures draw the viewer into the composition, but they’re not traditional figures.

These people often seem quite conflicted, driven by an array of modern forces that they themselves do not understand. In some cases, multiple figures are contrasted, providing a clear commentary on German society in the early 20th century. Businessmen may walk with prostitutes on the streets.

Other works are more traditional portraits, in Kirchner’s style, or images of his friends and colleagues. Kirchner also painted a number of self-portraits, frequently reflecting his health and personal experiences. These are the people of both pre-World War I Germany and the Germany of the Weimar Republic. Kirchner’s work provides a window into the thriving art scene of pre-World War I Germany, as well as the experiences of artists during and after World War I. Like so many other artists, Kirchner suffered deeply as the result of the Nazi party, accused of being a degenerate.